Another season but the same old story with Tottenham being unable to challenge and another season of nearly moments.

Regardless of a 5-3 victory over Chelsea on the first game of 2015 and a League Cup final appearance, the season report will read ‘Could do Better’.

Finishing 6 points outside the Champions league places will make all members of the club and fans alike, look back at defeats against Stoke City 1-2 at home and 3-0 away, a home 0-1 defeat against Aston Villa, along with the 2-2 draw at home against West Ham, and the 2-1 away defeat against Crystal Palace, as missed opportunities to reach and compete in next season’s top European club competition.

Manchester United, who appointed a new manager back in May 2014, one who had never managed in the Premier League previously, ended up in the final Champions League qualification spot.  With a new manager in place implementing a new club philosophy, Manchester United were seen as a club in transition and a team that could be taken advantage of.  However, inconsistency and results against the eventual top four teams were the undoing of Tottenham’s’ challenge.

Without dwelling on the negatives of the season that has just finished, looking forward to the next couple of years, if the main bulk of the young squad Tottenham have assembled can stay together, with the likes of Hugo Lloris, Eric Dier, Christian Erikson, Nabil Bentaleb, Ryan Mason, Harry Kane, can only be a good sign.

We will have to wait and see what business is done in this summer’s transfer window, to have an idea of where Tottenham can go from here. 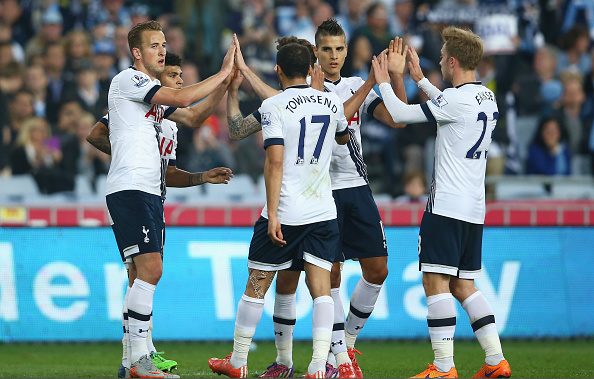