England pace bowler Stuart Broad has admitted he is “confused and angrier with each passing day” after he was left out of the Test squad to face the West Indies in March.

In the recent 4-0 Ashes thrashing, the 35-year-old took 13 wickets in three matches, and is also England’s second-highest wicket-taker in history, with 537 in 152 matches.

Mark Wood was the only bowler to take more wickets Down Under this Winter with 17.

Remarkably, leading wicket-taker Jimmy Anderson has also been left out.

In the aftermath of the Ashes defeat, it has been all change within the England camp. England head coach Chris Silverwood, director of cricket Ashley Giles and assistant coach Graham Thorpe all left their roles.

Andrew Strauss has temporarily taken over from Giles and has appointed Paul Collingwood as an interim head coach for the series in March.

“The support I have received elsewhere tells me how other people feel,” Broad said. “For example, I have had more WhatsApp’s over the last few days than when I took eight for 15 to beat the Australians at Trent Bridge in 2015.

“I hopped on the Tube in London the following day and people were asking ‘What on earth is going on?’ I couldn’t explain it. How do you?

“Right now, I feel gutted. Do I need to prove myself again? In my mind, I’ve nothing to prove.

“I am a proven performer, so it is now about the English cricketing summer and mentally and physically targeting the home series against New Zealand in June.”

After announcing the squad, Strauss insisted that this “does not mean the end” for Broad and Anderson.

“I want to emphasise this does not mean the end for them as England players,” he told BBC Sport.

“We feel that it is important to look at some exciting new bowling potential and give some added responsibility to other players who have featured previously.”

“No-one doubts the quality and experience that James and Stuart bring to the England set-up. It will be up to the new managing director and permanent head coach to decide on whether they will be involved this summer and beyond.

“This selection of this squad is the start of a process and a journey to get England Test cricket back to where it needs to be – and the hard work starts now.”

Nasser Hussain, who captained England between 1999-2003, told The Cricket Show: “Everyone is droppable and nobody has a God-given right to play for England, as you can tap anyone on the shoulder and say you’re not playing.

“It’s not like they’re a spent force and a couple of fading old bowlers hanging on, they’ve been performing their skills as recently as the Ashes.

“You cannot tell me that if England’s next Test match was the World Test Championship final, even in Antigua, you wouldn’t take Stuart Broad or James Anderson? Of course you would, and that’s how we’ve got to treat every game.” 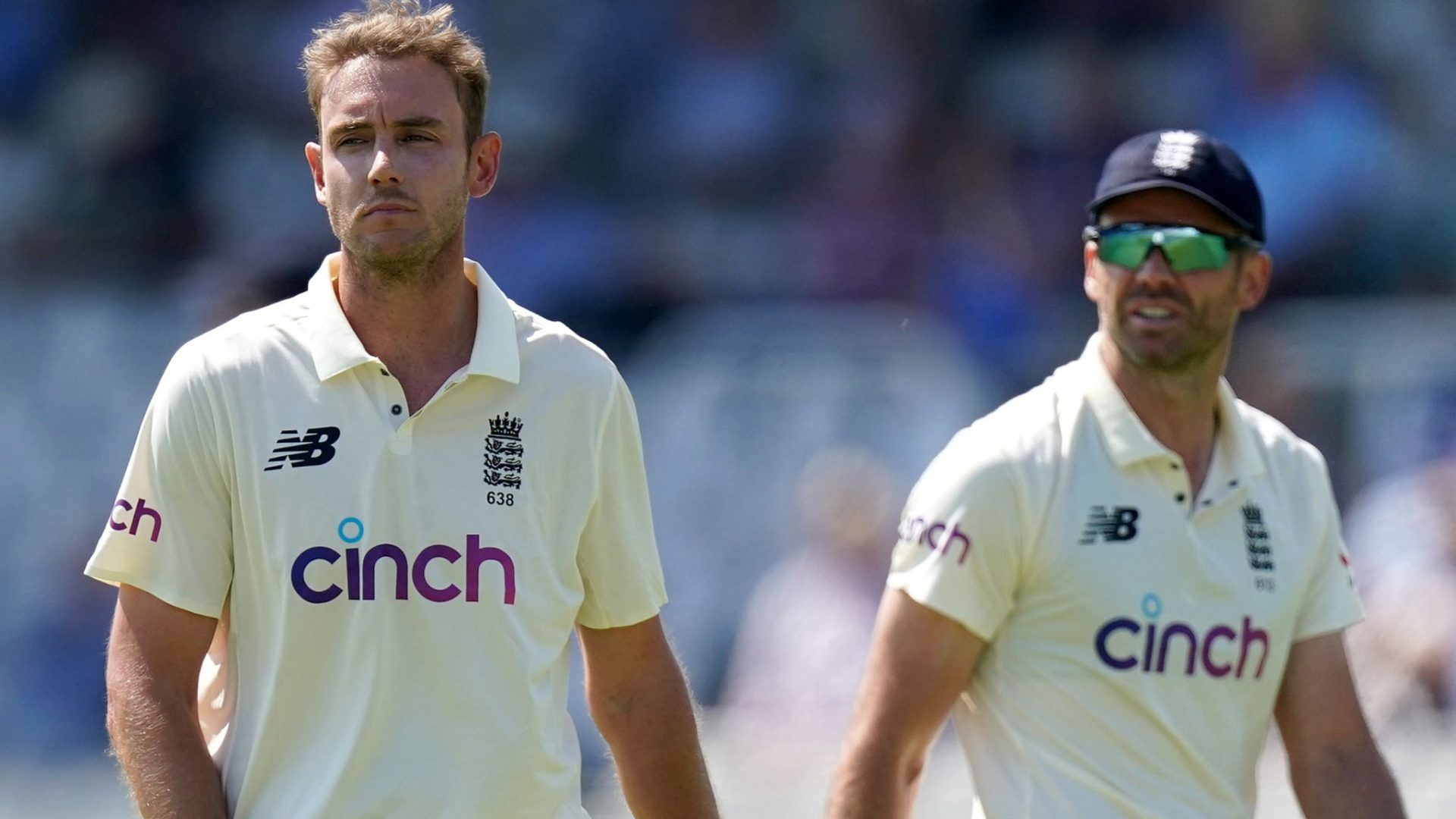