The world’s biggest sporting event is due to begin in under a week. Here we will highlight one key player from every team competing in the 2022 World Cup starting with Group A.

Brighton Hove & Albion midfielder, Moises Caicedo has broken through at Premier League level this season. The 21-year-old has started every game in the league for Brighton this season, having impressed for the Seagulls leaving some of Europe’s elite clubs sniffing around for the youngster’s signature.

The Ecuadorian was instrumental in qualification for the World Cup, as he was one of the outstanding performers in the South American side.

The Brighton midfielder has been allowed to flourish in a more attacking role in this Ecuador side, securing two goals and four assists from midfield in World Cup qualification.

Caicedo will most likely have to adopt a more defensive role in the World Cup as the quality of opposition increases, however, will likely still be given license to roam forward to create in possession.

If Ecuador is to have any chance of qualifying through the group stages, Caicedo will have to be in top form as he is key in the engine room for a young and inexperienced Ecuadorian side.

ALSO READ:  Is Nathan Jones the right man for Southampton?

Netherlands’ Memphis Depay is a creative spark and goalscoring threat all wrapped into one, as he was the joint-top scorer [12] alongside England striker Harry Kane in the World Cup qualifiers. If that is not impressive enough, Depay further topped this by finishing joint top assister [6] with Serbia’s Dusan Tadic and German midfielder Leon Goretzka.

The Dutchman is pivotal to the Netherlands’ style of play, as his ability to drop deep and be a goal threat is imperative to Dutch manager, Lous Van Gaal’s tactical approach.

The Barcelona forward also finished as joint top scorer in the Nations League for his national side, apace with Belgium forward Michy Batshuayi, as he dispatched 3 goals.

Depay is most dangerous for opposition defences in quick transitions, where the midfield and wingbacks will look to supply chances through crosses, cutbacks, passes into space in behind, or balls into his feet in wide areas where he can square up a defender.

Being the main threat for the Netherlands in front of goal, it is unlikely that his national side will progress far if Depay does not turn up in his best form, therefore making him Netherlands’ key player for this upcoming World Cup.

Akram Afif is one of the brightest talents that Qatar has produced in a long time.

The 25-year-old set records at the 2019 Arab Cup, as he assisted 10 goals in the tournament, picking up contributions for three of the goals scored in the final.

His former club manager and current Barcelona manager Xavi, was full of praise when speaking about Afif, claiming ‘there are no limits for him.’

Afif also has a background in the European game, signing for Villarreal back in 2016. However, after going on loan twice the attacking midfielder joined Al-Sadd in 2018, scoring 78 goals in 124 appearances.

Qatar tends to adopt a defensive approach to games, playing counterattacking football, leaving the bulk of the creative pressure on Afif to supply for exciting forward Almoez Ali up top in transitions.

Senegal with be heading into this World Cup full of confidence after their victory in the African Cup Of Nations last year, as superstar Sadio Mane picked up the player of the tournament.

The Bayern Munich winger’s electrifying pace and deadly finishing make him an impossible task to defend in transitions.

Senegal will look to play direct in attack due to their lack of ball-playing midfielders, looking to get Mane on the ball as much as possible.

The 30-year-old is used inverted in the left pocket, allowing the forward to run goalwards with his dominant right foot, looking to play intricate balls through the lines for his teammates or to shoot and score himself.

However, Mane has recently picked up an injury for Bayern Munich and although having been selected for the Senegal World Cup squad after the injury, it still is unknown what fitness level the marksman will be at in a week’s time. 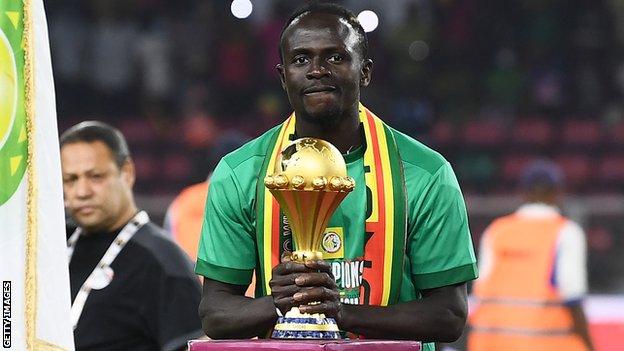