The Miami Heat currently sit at 3-1 in the Eastern Conference Semifinals against the Milwaukee Bucks. They aren’t playing the injured Pacers, they aren’t playing some team without their star. The Miami Heat are beating the #1 seed in the whole NBA in the Milwaukee Bucks. This is a team that has been destroying opponents all year, with multiple dominant performances against great teams like against the Clippers, Raptors, and Celtics. They looked like a buzzsaw until they ran into the red hot Miami Heat. This team has shown the NBA how devastating 3 point shooting can be even when you are (on paper) the worse team.

The Miami Heat ranked 2nd in team 3P% at 38% but they were only 9th in 3 point attempts. This was partially because Jimmy Butler had to cut back his attempts a ton due to his poor perimeter shooting this year. In the playoffs though, he’s finally gotten back to form. While it’s only on 2.1 attempts, he’s shot 47.1% from 3, and this has helped as his whole team has taken advantage of the Bucks poor perimeter defense, and the Miami Heat having an onslaught of shooters. The Heat are 3rd out of all teams still in the postseason in 3 point attempts. They also are shooting 38.3% from 3 which while only 4th best in the NBA, is the best mark in the East. They simply overpower a Bucks team who has rarely dealt with such a large presence in the perimeter, and that’s how they’re winning.

While yes the Miami Heat have their opponents shooting 35.8% from three, that’s not what’s impressive. The impressive part is that teams are only taking 32.5 3 pointers per game. Taking away such an important option for teams in order to score is something that could cripple and paralyze offenses. No team limits as many three pointers from being attempted as the Heat. Sure, teams can shoot 50+ attempts inside the arc, but who cares? The Heat can just score on the three reliably and constantly have a point advantage. The NBA needs to start shooting against this team well, or else they’ll shoot you off the court.

Taking Anything Given to the Miami Heat

Sure, they don’t have Giannis or LeBron or Kawhi, but they have a team. They have a squad loaded with guys who have taken a concept they thought they had going for them in the regular season and ran with it. Watch out, because this team has used their shooting to take the NBA playoffs by storm. 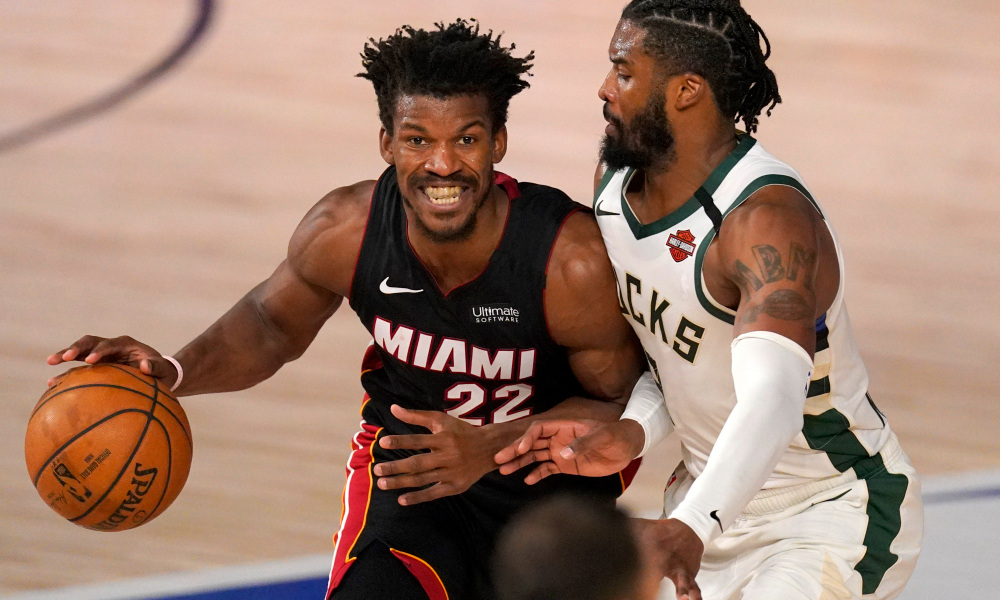