With the Premier League season slowly coming to a close and the relegation battle still to be determined. It is all still to play for in terms of surviving the drop. If history was to repeat itself in the past five seasons 35 points has been enough to avoid relegation back down to the EFL, and with the implications of Financial Fair Play (FFP) rife in the football league plus the financial losses made as a result of the pandemic, this season seems more important than most to reach the ’magic number’ to avoid the consequences of the drop and financial uncertainty. So lets evaluate the chances of each of those still very much involved in a relegation battle, with all making managerial changes (at least once) this season.

Norwich City: With Norwich just promoted back from the championship in the previous season it was always going to be difficult for them to stay in the league without serious investment in the current squad, but with the loan signings of Billy Gilmour and Ozan Kabak, both of which had previous premier league experience with so called ’big 6’ teams, the future looked on the brighter side of previous top flight seasons. With the appointment of Dean Smith after a dull start to the season, there seemed potential for Norwich to gain both momentum and points but with 6 games remaining and with the same amount of goals as points and only 5 victories under their name, surely Norwich are yet again staring down the barrel of relegation. Unless they can miraculously pull something out of the bag against all odds.

ALSO READ:  Everton: The explanation for their alarming and abysmal form and will they be in the Premier League for the 2022/2023 season?

Watford: Two managers have arrived at Watford since the sacking of Xisco earlier in the season with the Pozzo family doing all they can to try and avoid the drop. Claudio Ranieri came and went with 14 games under his ex league winning belt, but with only 2 victories it was inevitable that the club would once again be ruthless with their removal of the coach. That has left the ever present experienced Roy Hodgson, trying to muster anything from his players, and with initial positivity coming from his appointment, including wins against Aston Villa and Southampton, the recent home form along with losses against the teams around them has resulted in them needing to win games. Something which is looking unlikely to happen, certainly at this point in the season.

Burnley: After the shock dismissal of the former longest serving manager Sean Dyche, Burnley turned to a make shift backroom team to try and guide them to Premier League survival. Something which many consider as being less likely due to Dyche’s sacking. With Burnley the only team in the Bottom 3 currently in touching distance to safety, there can be hope that yet again that top flight football will be returning to Turf Moor next season. But with time running out to sign a replacement and a squad that looks relatively shocked by their surroundings, is hope suddenly draining from the Clarets squad that survival can be secured? While it looks there was no succession plan post the Dyche era, questions have to be asked if it turns out the board have made the wrong decision.

Everton: At the of the season progress was really at the forefront of the minds of Everton fans, with the club starting the campaign respectably well, with some viewing European football not completely out of reach. This attention quickly turned when they started to drift closer and closer to the drop zone, out went Rafa Benitez with ex Chelsea midfielder and manager taking the hot seat. Optimistic still Everton made some signings in the hope that would get them looking up rather than down (including the signing of star signing Dele Alli), but with only 7 games remaining for Lampard and the squad to show their spirit, they’re certainly in the battle of their lives on the blue side of Merseyside. Everton know how catastrophic slipping down would be for them, with financial losses growing, with results stumbling. Everton fans will be hoping their home form will drag them over the finishing line. Otherwise the future could be looking very, very blue indeed.

Leeds United: Whilst Leeds United are the most likely of the teams to stay up (currently 8 points clear of the drop), they cannot get complacent in thinking they are safe. With big games coming up against three of the current top 4 in Manchester City, Arsenal and Chelsea, Leeds and Jesse Marsch must be cautious in their thoughts. Since the start of the season, Marcelo Bielsa has left behind his chaotic man-to-man style of attacking football, handing over the baton to a more organised presser in American Jesse Marsh. After two games and two defeats Leeds could’ve easily slipped closer and closer to the EFL, but three wins in four have ensured that breathing space has been maintained. Breathing space is always useful in the Premier League but that could easily shorten, leaving fans rather out of breath going into the final weeks of the season. While they’re still in with a chance of going down, it would be in their best interests to get more points on the board before the seasons close.

Had this been a couple of weeks ago, many would have included Burnley in the list of clubs that would be surviving. However, after Sean Dyche’s dismissal and no successor yet to take the hot seat its hard to see Burnley managing to leap Everton or Leeds with so little time remaining in the current season. As for Norwich and Watford, they have to keep pushing as as they say ’it’s ain’t over till it’s over’, but they look destined for relegation back to the championship. With disappointment yet again setting to overshadow both of their seasons. 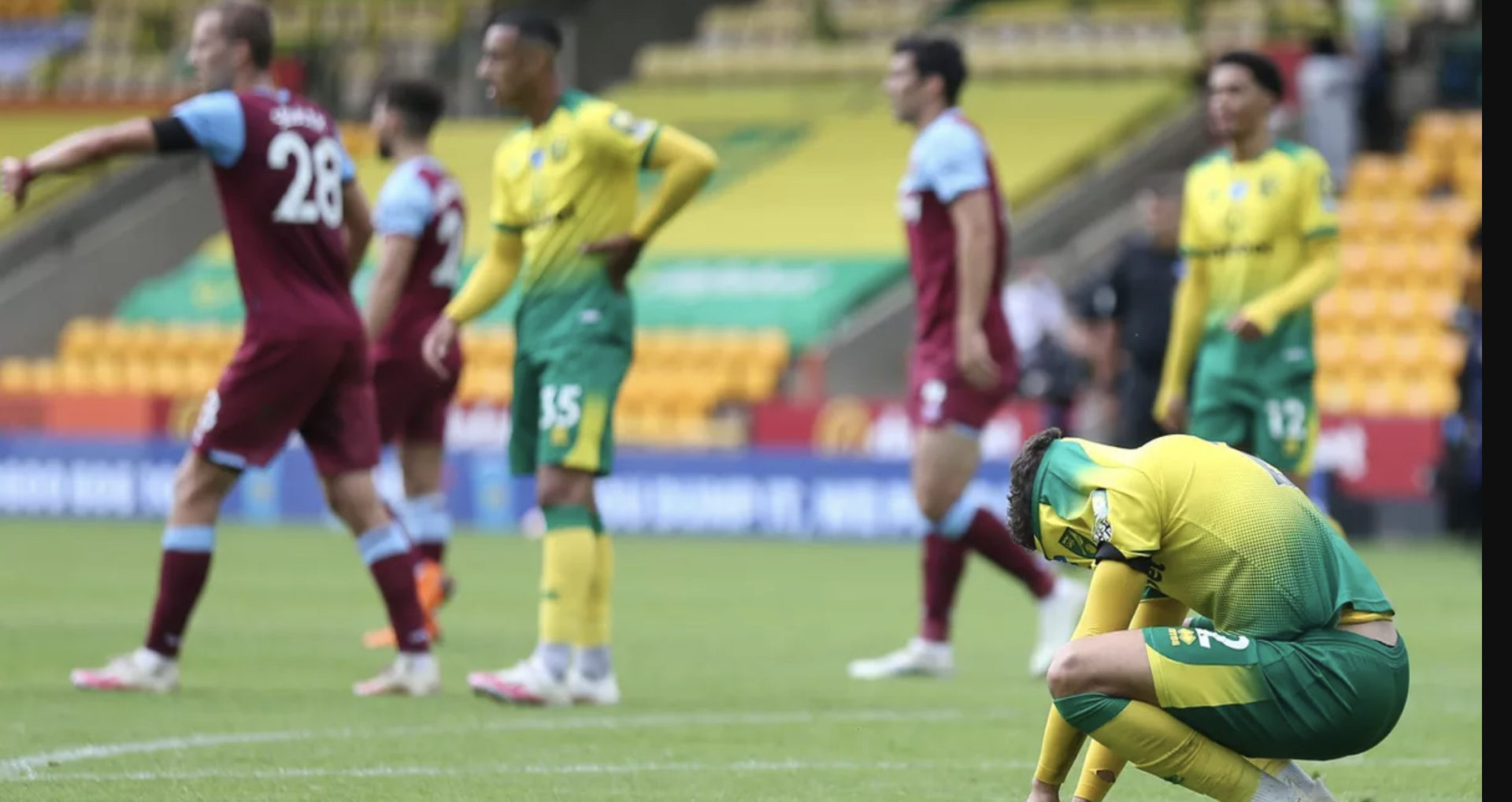