Ravindra Jadeja is living up to the term all-rounder in this Indian Premier League (IPL). His explosive batting, electric fielding and skillful left-arm spin makes him a three-dimensional cricketer in the truest sense. He has emerged as the driving force behind his side Chennai Super King’s (CSK) impressive run so far in the tournament. His blistering assault on pacer Harshal Patel in the final over shut out Royal Challengers Bangalore (RCB) on Sunday. He followed it up with three crucial wickets with his accurate left-arm spin apart from effecting stunning run-outs. Jadeja smashed a record-equalling 37 runs in an over, including five sixes.

After being dropped before scoring, Jadeja smashed his runs off Patel, who had earlier been the star of Bangalore’s bowling, taking three wickets. The 32-year-old hit the first two off length balls for sixes that already put the bowler on edge. Patel’s third delivery was a no-ball that Jadeja also bludgeoned over the ropes while earning a free hit. The repeat ball also went for six over deep square leg, taking Jadeja past 50.

He took two runs off the fourth ball — when he was nearly caught — and hit another six off a full toss for the fifth ball, before sending the final ball of the innings for a four which bounced close to the boundary line. Jadeja’s sequence thus went: six, six, six (off a no ball), six (free hit), two, six, four to cap Chennai’s innings.

“I was a bit tired before the last over after running a lot of twos … I was looking to hit the ball hard but didn’t expect it to connect five times, so I’m happy,” said Jadeja after finishing with an unbeaten 62 runs off 28 balls. Jadeja equalled the IPL record set by West Indies batsman Chris Gayle in 2011. Gayle plundered Kochi Tuskers Kerala paceman Prasanth Parameswaran for four sixes, with one coming off a no ball, and three fours while representing Bangalore.

In a way it was a great comeback for the player from Saurashtra out of action for three months due to a thumb injury. In January, Jadeja had suffered a blow to his left thumb while batting on Day 3 of the third Test against Australia. He had later gone for scans and the results showed that he had dislocated his thumb. Jadeja began his preparation for the IPL before joining the CSK camp. The all-rounder practised batting and bowling in March having made a return to the field after undergoing thumb surgery. He headed to the National Cricket Academy (NCA) after that to get a fitness certificate.

Chennai skipper Mahendra Singh Dhoni said ‘Jaddu’, as he was lovingly called, had the talent to win games on his own. “Jaddu is somebody who can change the game on his own,” he added. “In the last few years, we’ve seen a significant change in batting and it’s worth it to give him that extra bit of time, extra deliveries. Bowlers have found it difficult to contain left-handers, and that helps as well.”

The India skipper Virat Kohli, who happens to be the skipper of RCB too, was also impressed. “One guy completely beat us. Today, his skill was there for everyone to see,” said Kohli in the post-match presentation ceremony. “His ability has been there for everyone to see. I am very happy to see him perform with the bat, ball and on the field. After two months, he will be back playing for India, and it is always a pleasure to see your premier all-rounder do well with the bat. When he plays well and is confident, it lets out many opportunities,” he added.

The 32-year-old has translated this batting form in international cricket too, with match-winning knocks of 57 in the crucial second Test against Australia at the MCG, and an unbeaten 66 in the 3rd ODI in Canberra, during the white-ball leg of that tour.

RCB batting consultant Sanjay Bangar, who also served with the Indian national side previously, felt Jadeja had improved a lot. “Yeah, he (Jadeja) has gained a lot of confidence since he started playing regularly in Test format and then he kept on making contributions to the team’s cause even overseas. He has grown as a batsman,” he said.

CSK opening batter Faf du Plessis focused on his teammates fielding abilities too. “I have always thought (while) playing against Jadeja, he has always been the most dangerous fielder. So, when South Africa is playing India, we always talk about — be very careful about running twos to Jadeja on a boundary because he has got an absolute cannon of an arm,” he said. “But what he is really doing well this season is, he has got a lot of energy on the field, he is diving around, stopping the ball, he is leading from the front in that department to make sure we all contribute in the field as well,” added Faf. Jadeja earlier took four catches against Rajasthan Royals (RR). 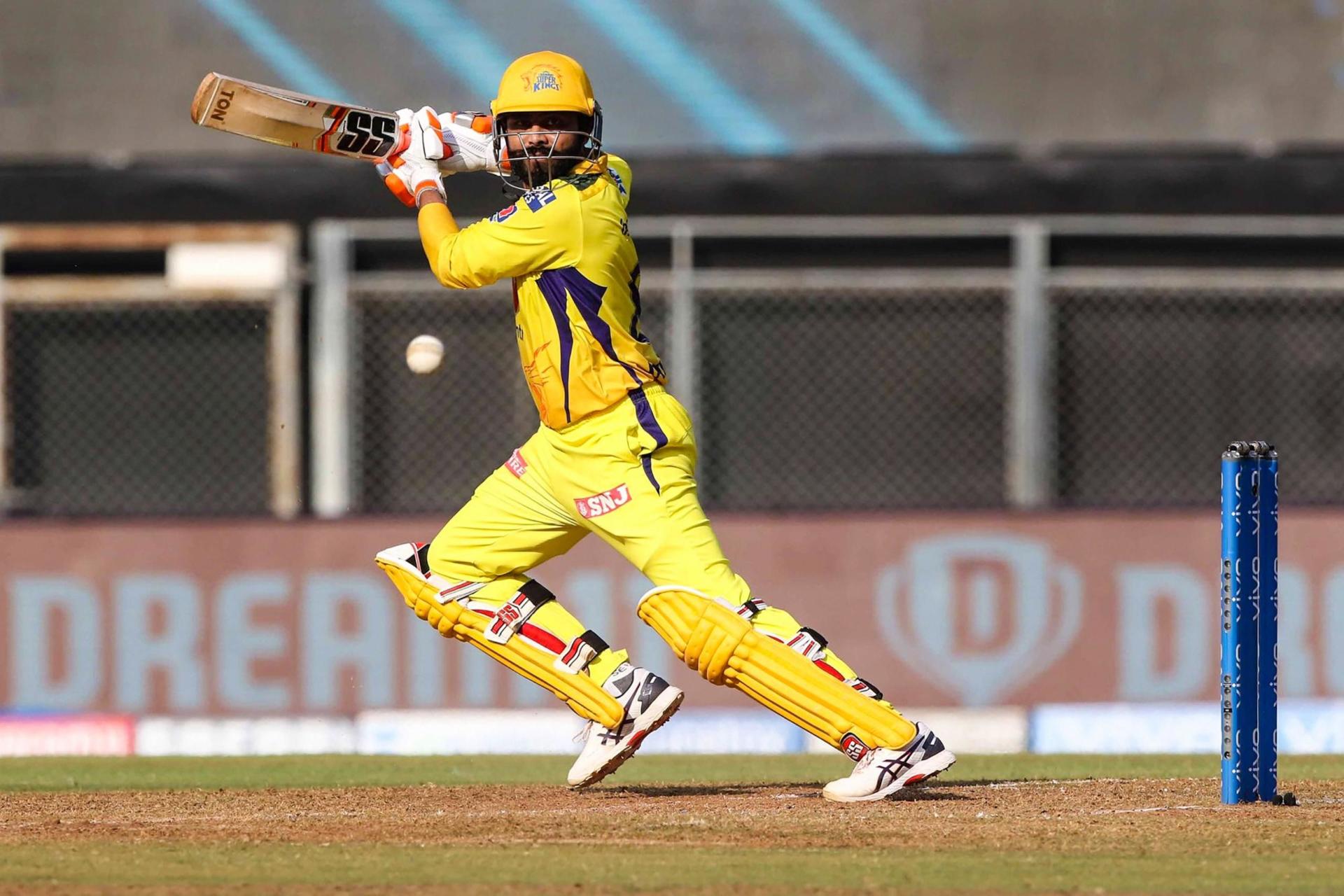