The fairy-tale of Leicester City ended last week when their manager, Claudio Ranieri was unceremoniously sacked after their away loss to Sevilla in the first leg of the UEFA Champions League. Despite the board backing Ranieri before the loss, this was a knee-jerk reaction that drew criticism from many footballers, coaches and pundits.

At the start of the 2015/16 Premier League season, Leicester City had the odds of 5,000-1 of winning the title. They parted ways with manager Nigel Pearson and appointed the veteran Italian, Claudio Ranieri as the head coach. As Leicester started the 2015/16 season, no one in their wildest dreams imagined that the Premier League title would find home at the King Power Stadium.

Surprisingly, with Ranieri in charge, Leicester did the unthinkable as they cruised their way to winning the Premier League for the first time in history. They ended the season with 81 points, 10 more than second-placed Arsenal. With the likes of Chelsea, Manchester United, Manchester City, Arsenal, Liverpool in the league, this championship win was a true fairy-tale in modern football history.

Under Ranieri, players like Jamie Vardy, Riyad Mahrez, N’Golo Kante, Kasper Schmeichel and others all rose to fame after a magical season. Vardy became the Premier League Player of the Season while Mahrez bagged the PFA Player of the Year award. Ranieri himself won the FIFA Coach of the Year award and earned himself a place in the Italian Football Hall of Fame.

But the most important of the lot was their midfielder N’Golo Kante, whose work-rate and presence throughout the field bolstered Leicester’s performance. He was an essential part of Ranieri’s system. However, at the start of the season, Leicester sold him to Chelsea for £32 million.

Claudio Ranieri cautioned everyone at the beginning of the season that their target would be to avoid relegation since even a top 10 finish would be quite a feat to achieve. Leicester however, became a shadow of their previous season in the league as they dropped down in the point table and by February 2017, were just a place above the relegation zone.

Nevertheless, their performance in Champions League was commendable. They topped their group by remaining unbeaten in five games before getting thumped 5-0 by Porto in the last match. Doubters started hoping that the poor performance in the league would be overshadowed by Leicester’s progress in the UCL. Club owners, despite the poor run of form backed Ranieri until then.

But following Leicester’s 2-1 away leg loss to Sevilla, the owners sacked Ranieri. The announcement came as a shock to most people since it was a very ill-timed decision. For starters, Leicester winning the league was something completely surreal. It was Ranieri’s tried and trusted 4-4-2 that brought him success. The Premier League has not dealt with that formation for a while now and Leicester caught their opponents with surprise. But as time passed, opponents understood their tactics and Leicester lost that element of surprise.

The club also lost a key player like Kante, who was already flourishing at Stamford Bridge and Ranieri’s midfield was exposed time and again this season. Vardy’s goal-scoring habit subsided and so did Mahrez’s ability to dictate the tempo of a game. This was exacerbated by Ranieri tinkering with the formation regularly, a bad habit the Italian has for which he earned the title of ‘Tinkerman’ in the English media.

Additionally, though Leicester face the dangers of relegation, they previously dueled out from such a tight situation in 2014/15 season. Had the club owners been a bit more patient with the results and trusted Ranieri up to the end of the season, things could have gone differently. Ranieri has led this side to a Premier League glory. He should have been given more time to fix this situation.

If Leicester fail to stay in the top flight at the end of the season, this decision will prove to be a foolish one. Conversely, if they somehow stay above relegation, the management would be wrong to assume that it happened due to sacking Ranieri. It would happen only because the players rose up to the occasion and played sensibly, something they have not done so till now.

Furthermore, Leicester’s performance at UCL was something to be optimistic about. Despite losing to Sevilla, Leicester managed to grab an important away goal. Sacking Ranieri right after that game and not waiting up to the return leg just proves that the board panicked and sat down do decide Ranieri’s fate. A 2-1 deficit is not impossible to overturn at UCL. This is something that astonished most people. Leicester are very much alive at UCL and the owners should have trusted Ranieri at least till the end of the return leg.

Following his sacking, renowned coaches and pundits lamented the decision. Liverpool manager Jurgen Klopp remarked that this was as mystifying as Brexit and the 2016 US election. Gary Lineker said that the sacking was very sad and inexplicable to everyone.

But no one paid a better tribute to the Italian than Jose Mourinho. Slamming the practice of axing coaches due to a team’s poor run of form, he said that rather than sacking Ranieri, Leicester should have renamed their stadium as the Claudio Ranieri Stadium as a tribute to the Italian. The Manchester United boss opined that Ranieri’s Premier League triumph was better than his three Premier League victories with Chelsea and that his contribution at Leicester cannot simply be erased from history.

While Ranieri can certainly be blamed for tinkering constantly with the lineup and formation, his sacking was premature and a sudden decision from the management. Leicester City is not a big club and neither do they have the ability to perform the way they did in 2015/16 season consistently. What they did have, was a manager who dreamt big and led a squad of relatively unknown players to the very top of the Premier League.

‘Our story gives hope to all the young players out there who have been told that they are not good enough.’

Following his sacking, Ranieri released a statement thanking everyone related to the club for the amazing journey and said that it was a pleasure and honor to be champions with everyone. He commented that what they achieved together would always remain etched in history. He also thanked his wife and family for the support they provided during the course of this time.

Leicester appointed Craig Shakespeare as interim manager for their upcoming clash against Liverpool, scheduled to take place tonight. It will be his job to steer Leicester away from the relegation zone. Whether he achieves that remains to be seen.

And with that died the fairy-tale of Leicester City, proving once more that in reality, there is no such thing as a happy ending. 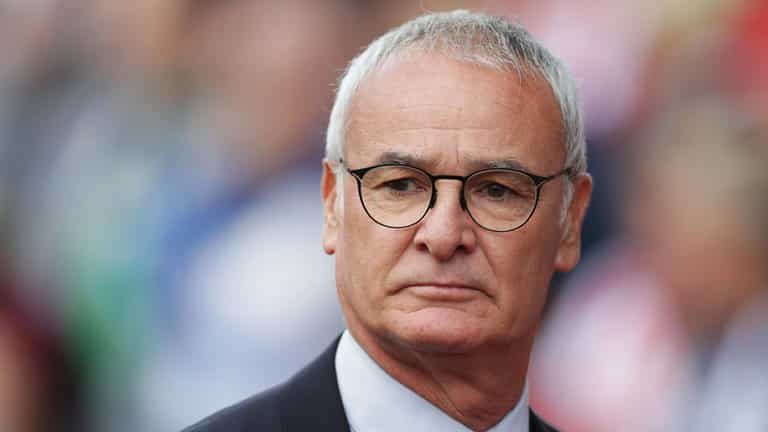