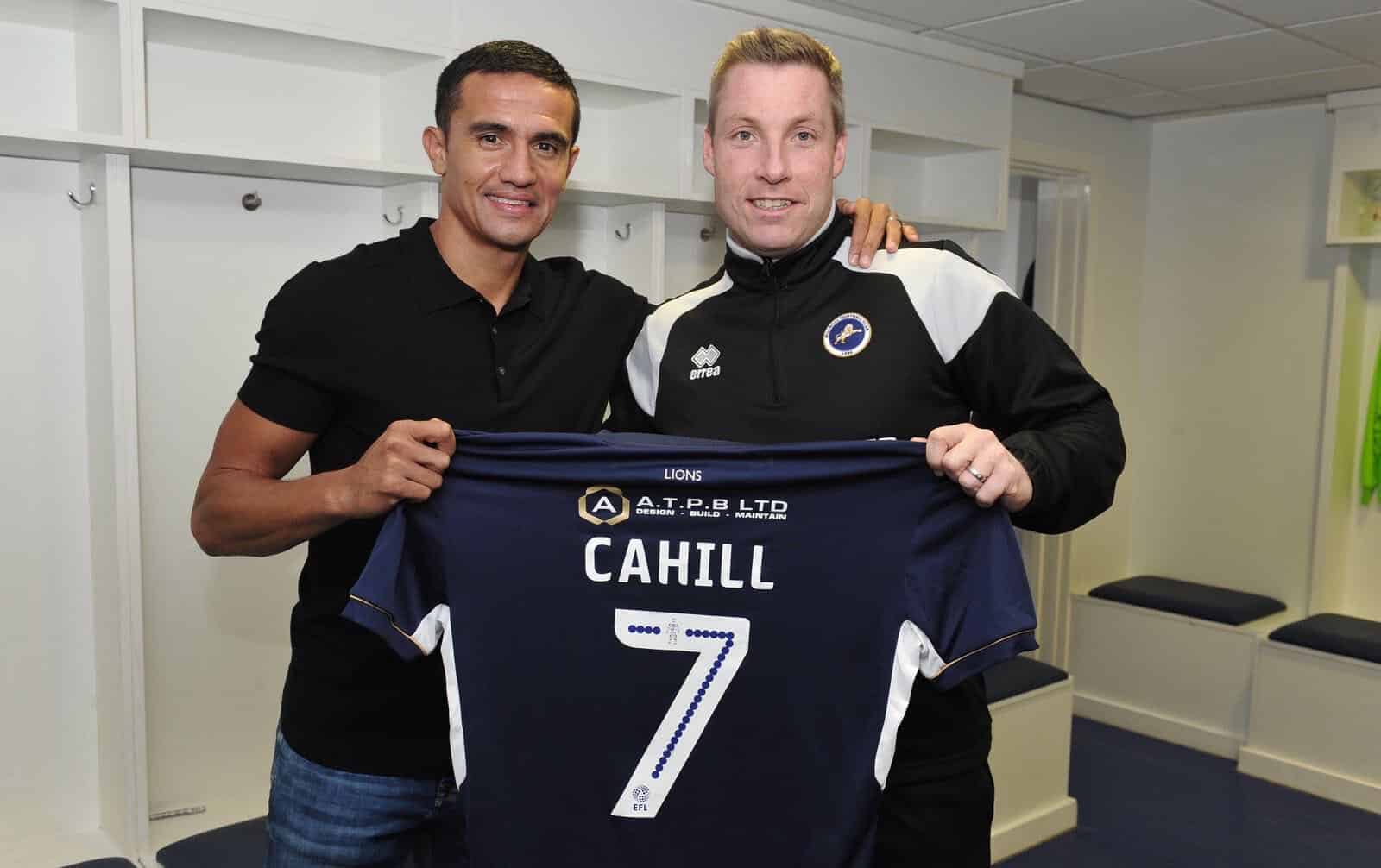 Tim Cahill has returned home to re-join Millwall, the 38-year-old forward became a free agent when he left Melbourne City last month and he has decided to join the club that launched his professional career as an aspiring 16-year-old. Australian international Tim Cahill has signed on until the end of the season and is aiming to represent the Socceroos at the World Cup in Russia this summer.

Tim Cahill joined Millwall from Sydney United in 1998, he went on to score 57 goals in 251 appearances for the Lions between 1998 and 2004, Cahill played alongside current Millwall boss Neil Harris, helped Millwall win the third-tier title in 2000-01 and was he was also a part of the Lions side which finished as runners-up in the FA Cup in 2004 against Manchester United.

Tim Cahill will be unveiled to the crowd before Tuesday night’s Championship match at The Den against in-form Derby County. Cahill told Millwall’s official website: “It’s hard to put into words (what it feels like to wear a Millwall shirt again) – I’m still taking it in now.

“The first thing I wanted to do with Neil (Harris) was to walk on the pitch and in the tunnel and have that feeling again that brings back so many memories.

“Once you go over that white line, you get a nervous sensation back that I had when I was a 16-year-old when I first signed here.”

“It’s an amazing feeling,” he said. “To finally come home and to join Neil Harris, David Livermore and all the lads will be really special.

“I can’t wait to greet the fans, meet my new team-mates – it’s one of those things where it’s meant to be.

“The romance of the story is definitely not lost on me. I’ve always said that if I came back to England, I’d come home. Millwall is where I learnt my trade and it was the most important learning period of my life – my apprenticeship in understanding football.

“To come home to where it all started, it’s emotional, but it’s happy emotions, because you wish for it to happen, you want it to happen, but when it finally comes to fruition, it’s the perfect move.”