Originally scheduled against Michael Zerafa, Tim Tszyu came through another domestic bout against Steve Spark, winning in devastating fashion by 3rd round KO. Although COVID-19 has caused travel issues for the Australian, he needs to make the step up to world level to be taken seriously in a stacked 154 lb division.

On 7th July, Tim Tszyu, son of Hall of Fame Russian Australian boxer Kostya Tszyu, made another domestic statement against domestic rival Steve Spark, winning by 3rd body shot KO. At the time of stoppage, all three judges had the scorecard reading 20-18, as well as myself.

In the first round, the difference in class between Tszyu and Spark was very evident. Spark looked slightly erratic, perhaps realising his best way of winning would be through KO.

Spark landed a couple of flurries early on but to no avail, barely causing Tszyu to take notice of the punches that were being landed.

As the first round carried on, Tszyu started to land his shots, landed powerful jabs to Spark’s head and starting to dominate the fight.

Spark was throwing erratically, without technique and just power, making it easy for Tszyu to avoid the shots.

In the 2nd, Tszyu was already in cruise control, landing his jabs and hooks easily on Spark’s head and body, causing Spark to wobble and cover-up.

The writing was on the wall already, Tszyu looking comfortable and going in the for the kill early on.

Spark was wearing the damage well but it was still hurting the underdog.

To the commentator’s surprise, Spark saw out the 2nd but he was on the backfoot.

In the third, the body shots were taking their toll, Spark slowing down whilst Tszyu was maintaining the centre ring.

The first knockdown came, with one minute left in the round, Tszyu lands a left hook to Spark’s liver, causing the away fighter to take a knee.

He go up but Tszyu came in again, landing another left hook to the body, Spark going down to the canvas. The referee waved the fight off and Tszyu had taken care of business in a rather easy fashion.

In his post-fight interview, I feel like Tszyu knew he needed the step up but the right step up. Rather than calling out the winner of the undisputed title fight, Charlo vs Castano, he made sensible callouts. Calling out Liam Smith, Magomed Kurbanov and Danny Garcia are all fighters Tszyu will get tested by but in the right way and should give him the chance to showcase his skills to the rest of the boxing world.

A good step up would be Magomed Kurbanov. Recently coming through a controversial decision over Liam Smith in his native Russia, with Tszyu ranked no. 1 with the WBO and Kurbanov ranked no.2, this fight would become and title eliminator for current WBO Brian Castano’s title. With Castano engaged in an undisputed unification with Jermell Charlo on 17th July, the winner of Tszyu Kurbanov would become mandatory for the undisputed title so this fight makes a lot of sense. Not to mention, Tszyu called Kurbanov out post-fight.

A left-field callout made by Tszyu; Danny Garcia would be a great test to see where Tszyu currently is at in terms of being a world level fighter. Garcia, most recently losing to Errol Spence Jr. at 147, has in the past talked about moving up to 154 and a fight against Tszyu would immediately make him a contender at Light-Middleweight and with his namesake, likely give him a title shot. Likewise, for Tszyu, Garcia is a big enough name for the rest of boxing to take notice of him if he were to come through that fight. 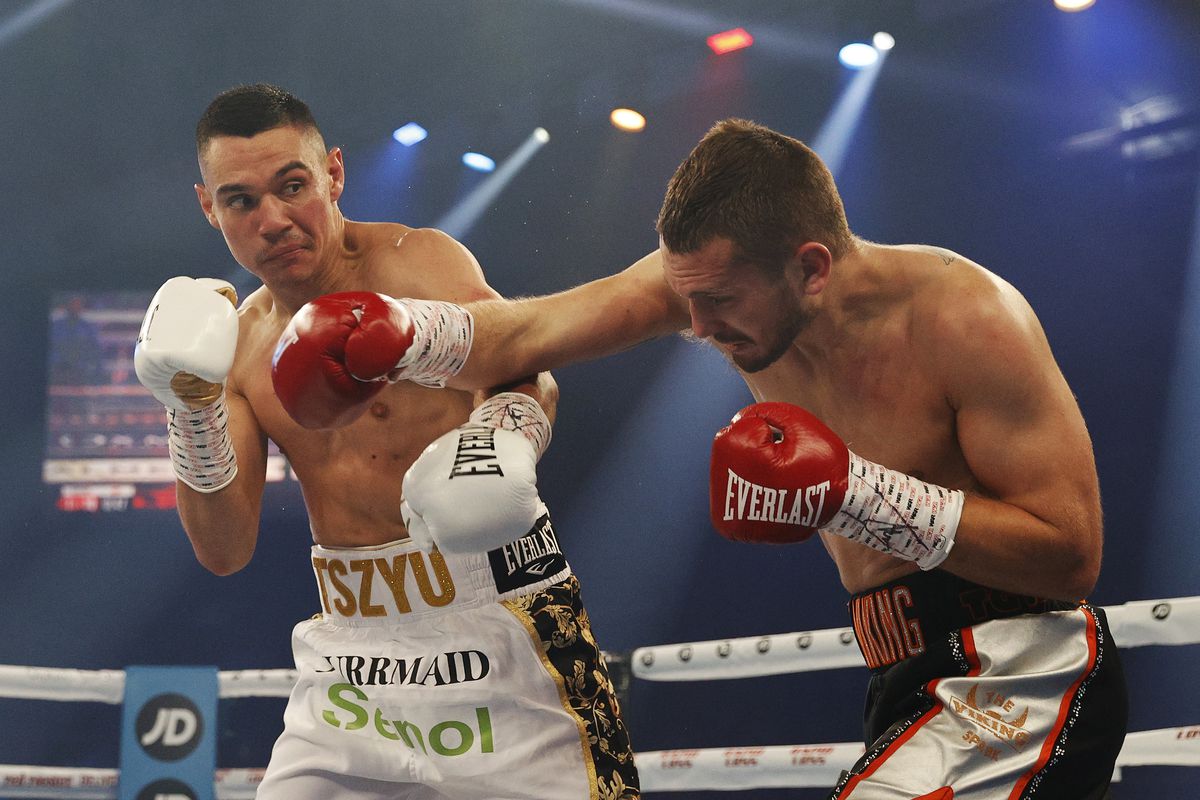