Monday’s action saw Ish Sodhi complete a 6-fer for Worcestershire against Warwickshire, Will Davis would bowl well for Leicestershire while 3 games would see no action (2 due to weather and the other due to Covid).

This game would be abandoned before the start of play due to a positive result from a Derbyshire player – the number of points that will be awarded for the game will be announced by the ECB at a later date.

There was no play on Monday.

Resuming on 245/4, the visitors moved onto 338 before Will Rhodes would be caught by Jake Libby off the bowling of Josh Baker for 60 before Michael Burgess would be bowled by Ish Sodhi for 4. Matthew Lamb would be LBW to the same bowler for 44 before Jake Lintott would be caught be Tom Fell off Sodhi’s bowling for 15. Sodhi would also take the final 2 wickets with Craig Miles (16, caught Cox) and Ryan Sidebottom (1, LBW) as Liam Norwell finished with 17 not out.

Libby would be LBW to Norwell for 22 before Fell would be the final wicket of the day, LBW to Rob Yates, for 2 with Daryl Mitchell (83) and Jack Haynes (42) unbeaten at stumps.

Resuming on 214/6, the hosts would lose Jack Taylor as he was caught be Nick Gubbins off the bowling of Kyle Abbott for 34 before Oliver Price would be dismissed a couple of balls later as he was caught behind by Lewis McManus off Colin de Grandhomme’s bowling for 18. Matt Taylor would be LBW the following ball for a golden duck before Daniel Worrall would be the final wicket to fall, caught by Alsop off the bowling of Mason Crane for 9 – Tom Price would be 6 not out.

de Grandhomme would be the final wicket to fall as he was caught by the same fielder off the bowling of Higgins without scoring – Gubbins and McManus not out with 31 and 14 respectively.

Resuming on 280/3, the hosts would add just 2 to their overnight score before Joe Cracknell would be LBW to Abidine Sakande for 13 with Robbie White being caught behind by Josh Inglis off the bowling of Will Davis for 5. Opener Sam Robson would be dismissed by the same combination for 154 before James Harris LBW to the same bowler for 5.

Davis would also take the final two wickets, Nathan Sowter would be LBW for 3 before Tim Murtagh would be caught by Callum Parkinson for 4 – Ethan Bamber 8 not out.

Harry Swindells would be the final wicket to fall as he was caught by Sowter off the bowling of Murtagh for 6 – Colin Ackermann for Ben Mike would finish 65 and 1 respectively.

Resuming on 280/6, the visitors would move on to 337 before Roelof van der Merwe would be caught by Patel off the bowling of Aman Virdi for 41 with Ben Green being caught off by Rikki Clarke off the same bowler for 43. Marchant de Lange would be caught by Clarke off the bowling of Dan Moriarty with Jack Brooks the final wicket to fall, caught by Ashwin off the same bowler for 9 – Jack Leach finishing 28 not out.

Openers Rory Burns and Mark Stoneman would see Surrey to the close without losing a wicket with 18 and 4 respectively.

Resuming on 128/4, the visitors would move the score onto 181 before Charlie Thurston would be caught by Billy Root off Michael Logan’s bowling for 48 with Saif Zaib being caught by Marnus Labuschagne off the bowling of Andrew Salter for 50 in the following over. Simon Kerrigan would be caught by Timm van der Gugten off the same bowler without scoring before Ben Sanderson (5, LBW) and Jack White (10, caught van der Gugten) would be the final 2 wickets to fall, both to Salter, as Gareth Berg didn’t bat – Harry Gouldstone was 17 not out.

Resuming on 69/5, the hosts would lose Harry Finch LBW to the third ball of the day for 24 before Harry Podmore would be caught behind by Oliver Carter off the bowling of Sean Hunt for 37 with Hamidullah Qadri would be 12 not out as there would only be 19 overs bowled in the day.

There was no play on Day 2. 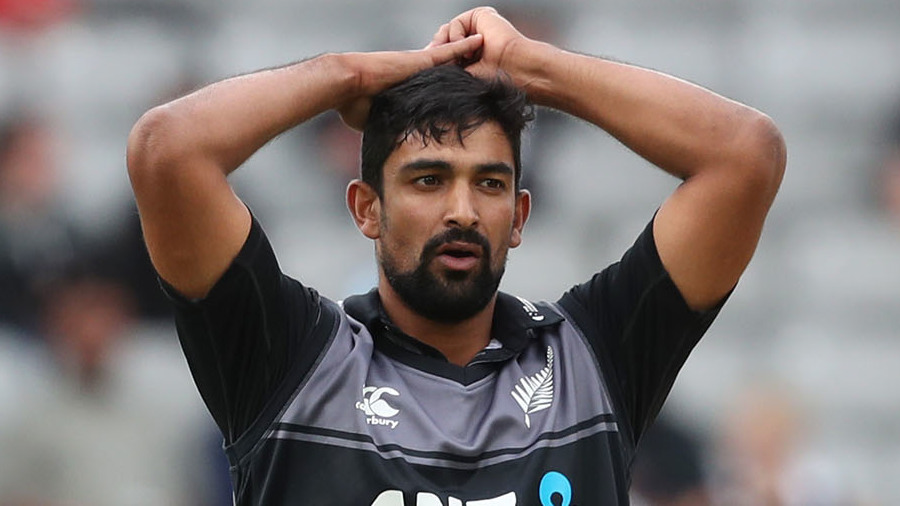