The star of the show in today’s County Championship was the rain as three of the six games that were scheduled to start this morning were completely washed out while a fourth got underway at 4:10 pm in a day that would see plenty of wickets in the games that did see action.

The first of today’s games saw Worcestershire travel to Chester-le-Street with the visitors winning the toss and putting the hosts in. Durham named an unchanged team from their 3-day victory by an innings against Warwickshire last time out while Charlie Morris replaced Alzarri Joseph in the Worcs line-up.

Opener Alex Lees’ 99 was the main score in the Worcs innings as wickets fell at the other end, firstly New Zealander Will Young (who has been allowed to play in this game due to Cameron Bancroft’s visa issued by the NZ cricket board) falling LBW to Joe Leach for 5 before his captain Scott Borthwick was caught off the bowling of Morris for 4.

David Bedingham and Jack Burnham both got into their twenties before being dismissed by Morris and Josh Tongue respectively before Ned Eckersley and Stuart Poynter went for 0 and 1 respectively. Brydon Carse added some resistance with 38 not out before Tongue would remove Ben Raine, Mark Wood and Chris Rushworth to finish with figures of 5/39 in his 20th over as Durham finished on 246.

Daryl Mitchell and Jake Bibby survived the final 3 overs of the day, scoring 6 in the process, as bad light saw stumps come 8 overs before the end of the day.

ALSO READ: 5 WNBA Storylines to Look Out for This Season

No play at all in Chelmsford today following the visitors winning the toss due to rain – Essex has made one change from last week’s innings defeat at Nottinghamshire with Australian seamer Peter Siddle replaced by Sam Cook. Derbyshire has made four changes to their team with captain Billy Godleman returning at the top of the order as Alex Hughes, Dustin Melton and Billy Stanlake freshen up the bowling attack, the Aussie in for his debut.

After a rain delay that saw the play start after tea, Hampshire won the toss and elected to field at Lords. Middlesex made four changes to their team that lost at Somerset a fortnight ago as Jack Davies came in at the top of the order while the bowling unit was freshened up as James Harris, Blake Cullen and Ethan Bamber came into the team while the visitors made one change to their team with Brad Wheal after their 10-wicket home defeat against Somerset last week.

An opening partnership of 33 from Sam Robson and Jack Davies saw the hosts get off to a good start before Robson was caught by Liam Dawson, becoming the first of 3 wickets taken by South African Kyle Abbott. Davies would be dismissed for 24, caught by Dawson off the bowling of Wheal before captain Peter Handscomb and Robbie White would both be bowled by Abbott with Nick Gubbins and wicket-keeper John Simpson both getting into their twenties before Middlesex would end the day at 90/4.

There was no play at Taunton today – the teams were not announced.

There was no play at Sophia Gardens today – the teams were not announced.

The final game saw Sussex host Kent at Hove with the hosts winning the toss on a day that was dominated by the ball. Sussex made two changes with George Garton and Jofra Archer coming in after their innings and 120 run defeat at Northants last week, the England international playing his first Championship game in 3 years, while Tawanda Muyeye would make his first-class debut as he comes in for Joe Denly, who misses this game due to personal reasons.

Jofra Archer would remove Kent captain Daniel Bell-Drummond and England teammate Zak Crawley in his opening spell of the day as the paceman would finish with 2/26 from his 13 overs. Jack Leaning would score 64 with Jordan Cox (24) and Nathan Gilchrist (13) the only other players into double figures with Garton and seamer Ollie Robinson both taking 3 wickets each.

Openers Tom Haines (14) and Aaron Thomason (21) were both dismissed by Darren Stevens and Nathan Gilchrist respectively with the hosts finishing the day 94 runs behind. 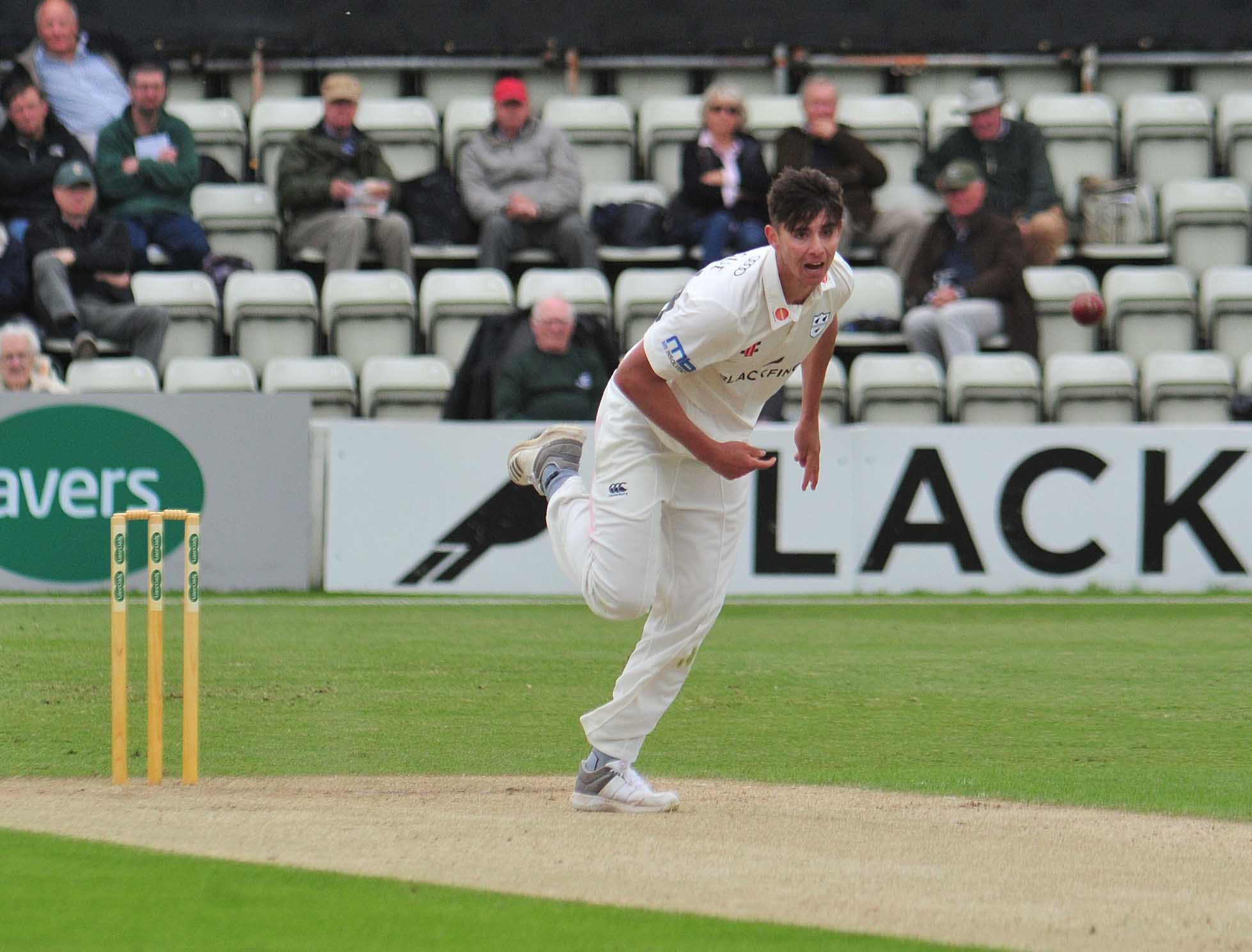