Is The Italian doing everything he can with Spurs?

Since arriving at the club in November 2021, Antonio Conte has greatly raised the level expected of Tottenham Hotspur. The Italian led the club to a 4th place finish last season, their highest since 2019, and back into The Champions League at the expense of rivals Arsenal. After having their best-ever start to a Premier League campaign this season, Spurs’ form has slumped in recent weeks. They’ve lost their last two league games and drew 1-1 with Sporting Lisbon in the Champions League, producing below-par performances in all of these games. There is no doubt that Conte has done a fantastic job at Spurs and the mood at the club is much higher than in the days of his predecessor Nuno Espirito Santo, but could the former Chelsea boss be getting a bit more from his squad and is should the club be where they are?

While the first-half display against Lisbon on Wednesday was poor, Tottenham picked themselves up to cause their visitors much more problems in the second 45, playing with purpose and intensity for much of the half. It was the kind of performance that Spurs fans expected to see every week before the season kicked off but has been lacking in a lot of their games. Antonio Conte’s teams are renowned for their incredible fitness and top-quality attacking football, in fact, during his title-winning 16/17 season with Chelsea, the only team to score more goals than his team was Tottenham themselves (then managed by Mauricio Pochettino). His Inter Milan side was no different, scoring 89 league goals as they won their first Serie A title in 11 years.

During his time at both of these clubs, Antonio Conte had world-class players at his disposal, Eden Hazard and Diego Costa at Chelsea, and Lautaro Martinez and Romelu Lukaku at Inter. His Tottenham side is no different. Harry Kane and Heung-Min Son have been regarded as two of English football’s best forward players for years now, and the addition of Dejan Kulusevski in January has given even more attacking threats.

However, the Swede hasn’t featured for his club since getting injured on international duty in September and his absence has been felt. Kulusevski adds a creative spark that few in the Tottenham squad possess and has become a vital player for Antonio Conte since his arrival, but many Spurs fans believe they still have the attacking quality to cope in his absence.

Spurs have failed to show the kind of dominance that fans expected in the majority of their games this season. Arguably their best performance so far was the 4-1 win against Southampton on an opening day. Even the performance in the 6-2 win against Leicester wasn’t entirely convincing despite the haul of goals. It seems that Conte is trying to coach his Tottenham team in a different way from his previous clubs. He has placed more emphasis on defensive organisation and how to play without the ball. This style has been met with criticism from fans and pundits, being labelled ‘boring’ and ‘unsustainable’. When your team has some of the best-attacking players in the country, you’ll naturally want to see them play on the front foot and get in the team’s faces so it’s easy to understand the frustration of Tottenham supports but with the club sitting 3rd in the Premier League table and top of their Champions League group, you could easily argue that the Spurs boss is doing the best job he can with the players he’s got.

There’s also the debate that Tottenham don’t have the players to play the way they have been. They don’t possess the defensive quality to make this brand of football successful. Players like Eric Dier and Ben Davies have arguably played their best football under Conte but the two have been more inconsistent this year. It’s widely regarded that Cristian Romero is Tottenham’s best defender but the Argentine has had a few injuries that have prevented him from gaining any real momentum this season.

Further up the pitch, Heung-Min Son’s 22 league goals last season were a massive part of Spurs’ success but the Korean has failed to find the same kind of form in this campaign, his only goals all coming against Leicester City when he scored a second-half hattrick in the 6-2 win. Incidentally, this is the only league game this season that Son has not started and some fans have been calling for him to be benched again in the hope that a rest might ignite the kind of spark we are used to seeing from the 29-year-old. Largely, however, Conte has been reluctant to leave the golden boot winner out and has given him many chances to play his way back into form, chances he has consistently missed.

Harry Kane’s 10 league goals have helped Spurs maintain a high position in the table but the England captain has been the only player scoring consistently for them. Summer signing Richarlison is yet to register his first league goal for the club and Kulusevski only managed one prior to his injury. Midfielder Pierre Emile Hojbjerg has chipped in with three league goals making him Spurs’ joint second-top goal scorer this season. The North London club face Bournemouth on Saturday afternoon as they look to end their losing streak but Gary O’Neil’s side has proved a relatively tough nut to crack in some recent games. Tottenham fans will be hoping their team can find that extra gear that appears to be disserting them and take the three points back to London.

How do your rate Antonio Conte’s time at Spurs? Leave a comment! 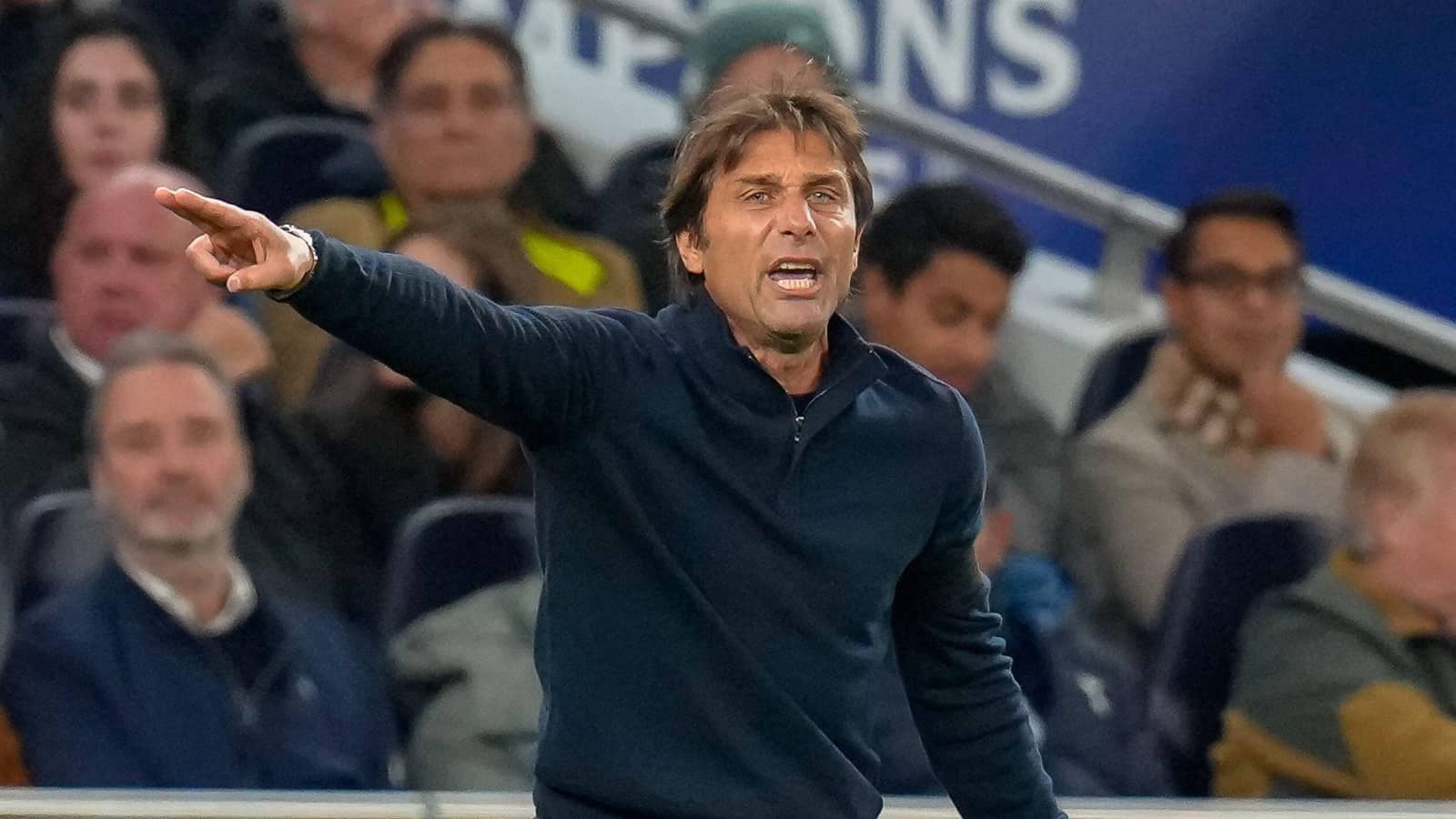