The opening chance came in the 3rd minute of the game with Italian left-back Emerson shooting over from the edge of the area with his weaker right-foot before a mistake from Macedonian keeper Stole Dimitrievski wasn’t punished by Domenico Berardi in the 29th minute. Italian captain Ciro Immobile would be the next to waste a chance a minute later before Aleksandar Trajkovski would have the first chance for the Macedonians as his shot from the edge of the area was saved by Gianluigi Donnarumma on the stroke of half-time.

Berardi would have two efforts early in the second half before he would blaze over on his right foot in the 58th minute. Alessandro Bastoni would head a Jorginho corner midway through the second half before the only goal of the game came in the 2nd minute of stoppage-time with Trajkovski finding the bottom corner of Donnarumma’s net from 25 yards out.

The next question was who would North Macedonia face on Tuesday with the answer being the winner of this tie.

The opening chance of the game came in the 11th minute with Bruno Fernandes’ free-kick turned over by Diogo Jota before they would take the lead 5 minutes later with Otavio (pictured below) turning in the rebound after Raphael Guerreiro’s effort would come back off the post. They would double the lead 3 minutes before the break with Otavio’s cross headed into the bottom corner by Jota.

Turkey would get one back on 65 minutes with Burak Yilmaz playing a 1-2 with Cengiz Under before firing past Diogo Costa while Turkey would win a penalty in the 81st minute after VAR overturned the referee’s decision with Yilmaz missing the target from 12 yards. Portugal would get their third with substitute Rafael Leao feeding fellow substitute Matheus Luiz (pictured below) to finish past Ugurcan Cakir.

The winners of this tie would play either Scotland or Ukraine, their tie being postponed until June following the conflict between the latter and Russia.

Austria would hit the crossbar in the 5th minute as Sabitzer’s through-ball saw Baumgartner on goal with Neco Williams making a vital touch before Gareth Bale (pictured below) curled in a free-kick from 25 yards in the 25th minute. Aaron Ramsey would have an effort that was saved by Lindner into the side-netting a minute before the break.

Wales would double the lead 6 minutes after the break with Ben Davies’ lay-off smashed in by Bale before Austria got one back with Sabitzer’s deflected effort beating Wayne Hennessey. Dan James would get in behind with Lindner denying him.

The final game would see Sweden host Czech Republic with the winners facing Poland after Russia’s expulsion from all UEFA competitions.

Alexander Isak would volley an Emil Forsberg corner wide in the 7th minute before Dejan Kulusevski would drag a shot wide from Viktor Claesson’s through-ball in the 29th minute. Tomas Soucek would head an Adam Hlozek cross wide before substitute Mattias Svanberg would head a Forsberg corner straight at Tomas Vaclik in the 79th minute.

Into extra-time where substitute Robin Quaison (pictured below) would play 1-2 with Isak before rolling it past Vaclik in the 110th minute.

Wales vs Scotland or Ukraine (that game takes place in June) 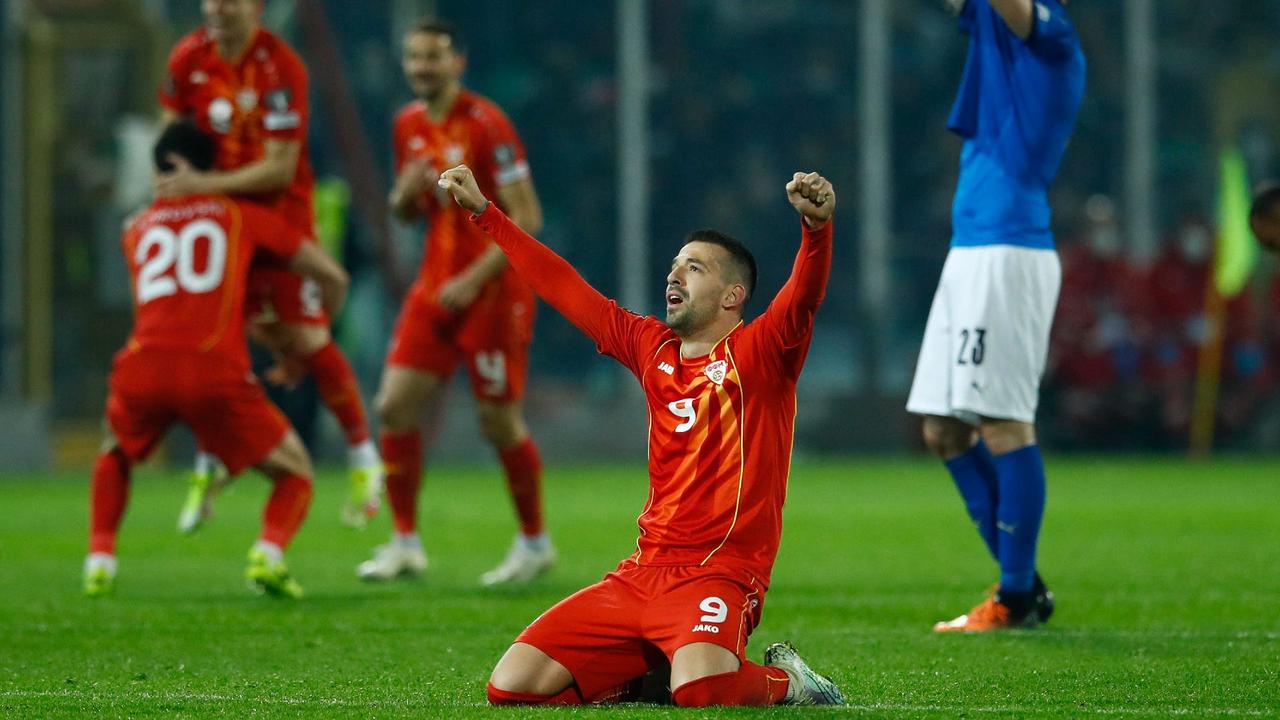