Martin Truex Jr. had a 15-second lead on the field and sitting pretty before Kurt Busch blew an engine with less than two laps remaining Saturday night. Before Truex was able to take the white flag signalling the final lap, the engine in Kurt Busch’s Ford broke down, dumping oil on the track.

Under the caution, only Truex stayed out, with all other lead-lap cars coming to pit road for fresh tires. As the only lead-lap car with old tires, he easily led the first lap of overtime and probably would have glided to the victory even if an accident didn’t come out to end the race under caution.

“I think he’s peaking right now,” team owner Barney Visser said. “And … for the last year, I’ve thought he was as good as anyone in the garage.

“Now I think he’s better than anyone in the garage. You saw what he did on that last restart, putting it down in Turn 1. He’s just that good.”

Truex got a great push from Kyle Larson on that restart to get the jump he needed over Kyle Busch. Truex ultimately had the best car in those final laps, leading 152 laps (Busch led 112) and to top it off swept both stages and the race. The win was Truex’s third of the season, his first at Kentucky and the 10th of his career. Truex increased his series-leading playoff point total to 28, 12 more than that of Jimmie Johnson.

On Lap 88, after the start of the second stage, Brad Keselowski got loose on the entry to Turn 3 and collected Clint Bowyer. Johnson was also involved, as he couldn’t avoid Keselowski. This was the second week in a row Keselowski was sent to the garage early because of a wreck.

“I just wrecked it,” Keselowski said. “It stinks. I got loose into (Turn) 3. I was underneath the 14 (Bowyer). I was trying to lay up and give room but just spun out as soon as I got anywhere near the corner.

“I wrecked myself and a bunch of other guys. It’s part of it I guess, but not a part that you have to like.” 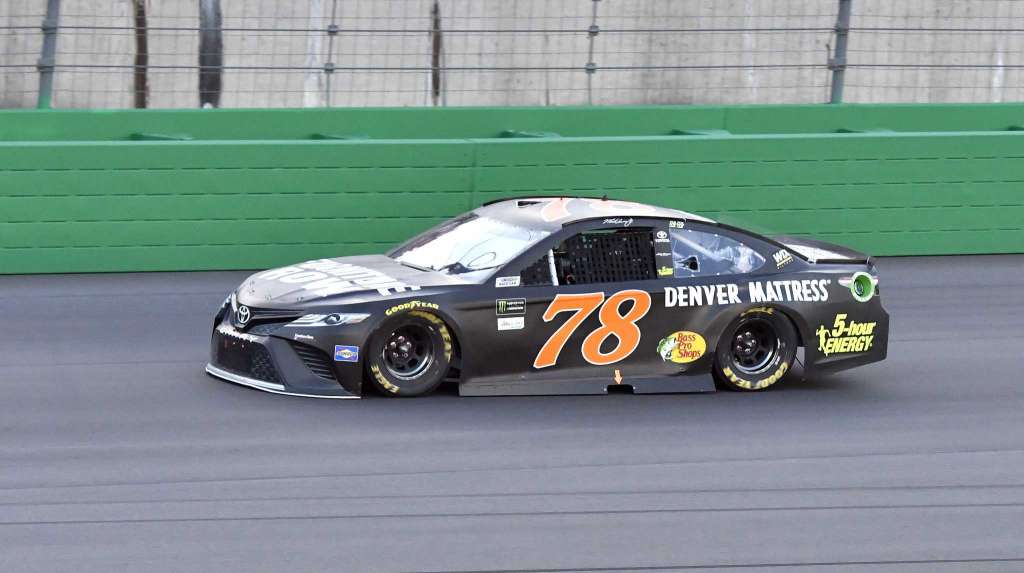