The final restart was a log jam, with Hamlin starting fourth alongside Martin Truex Jr. Starting third behind Kenseth.

Kenseth started second because Dale Earnhardt Jr. had stayed out rather then pit. Larson restarted fifth, just behind Truex. Hamlin jumped on Kenseth lickity split aswell, Earnhardt was quickly dealt with, Truex got loose and ended up falling back to seventh and Larson quickly found himself in third and chasing down the leaders.

As the laps began to evaporate,lapped traffic played a huge part in holding off the hard charging Larson, and he ran out of time to get past the No. 11.It is the first win of the season for Joe Gibbs Racing and Hamlin’s third career victory at the track, Hamlins win leaves just five playoff spots open with seven races to go in the regular season.

“It’s a great feeling,” Hamlin said. “I know we’ve been getting better and better as the year goes on, but definitely needed a win for the organization and for myself and just kind of get some momentum going with the playoffs coming up.

“Really, this is awesome. … It’s a team effort and for them to do the extra work to get us [a win] — that engine change before qualifying was key, and that pays off.”

Matt Kenseth was the leader on the final restart of the race, but decided to gamble and  changed just two tires on the final pit stop while everyone else got four left him in a tough spot with 34 laps left.

He ended up mustering a fourth place finish.Larson had a pretty solid day,as he had to start  from the rear of the field, when he was forced from the pole because he failed inspection.Larson’s team was also penalized 35 points, erasing what had been a one-point advantage over Truex in the driver standings.

Next up is the infamous Brickyard in Indianapolis,should be a good one. 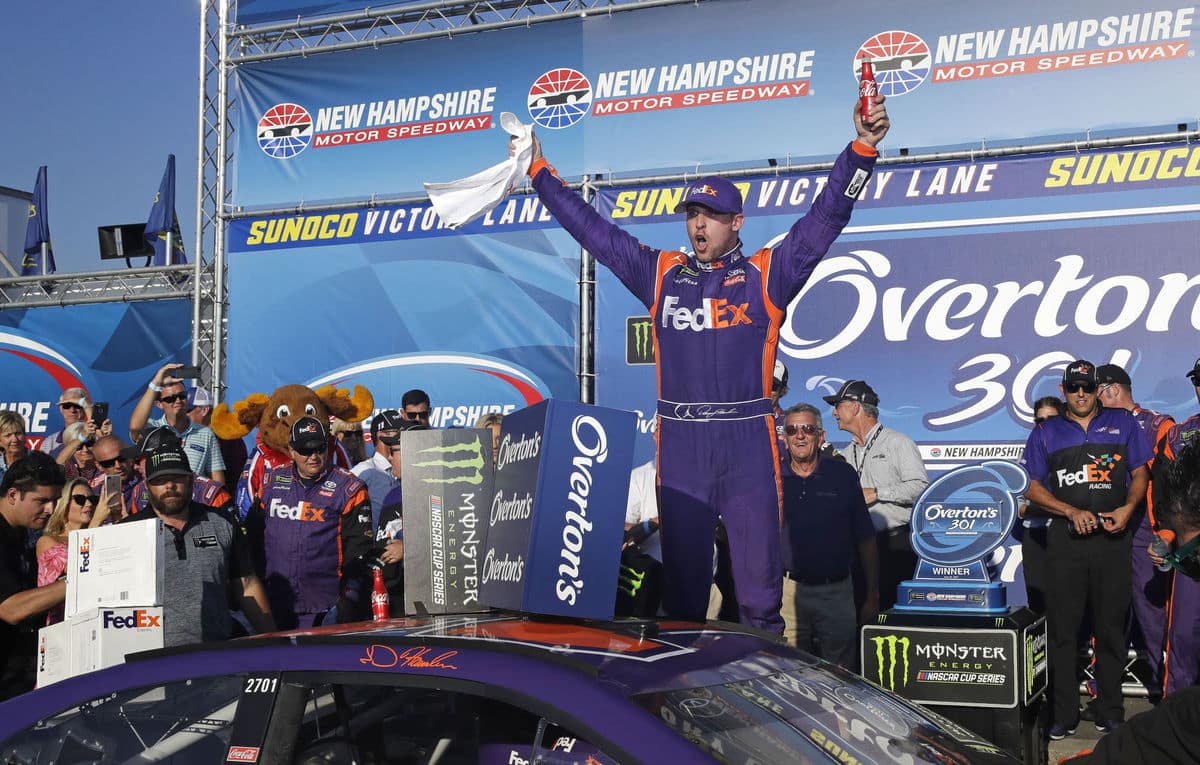