Truex Jr. led the most laps for the fourth straight race, only this time he was in front on the one that mattered most, breaking through for his first Sprint Cup victory since 2013.

Truex Jr. is well-liked in the garage, and fellow drivers gave him a lot of support when longtime girlfriend Sherry Pollex was diagnosed with ovarian cancer in 2014.

“This is easily the biggest win of my career,” Truex said.

Truex slumped mightily in 2014, his first year with Furniture Row after four seasons with MWR. He had just one top-five finish, led one lap the entire season and was a dismal 24th in the standings. Truex is second in the points standings and has done it without any help from teammates..

Harvick was second, followed by Johnson,Logano and Kurt Busch rounding out the top 5. Harvick picked up his 10th top-2 finish in 14 races this season, becoming the second driver in Sprint Cup history to do that. 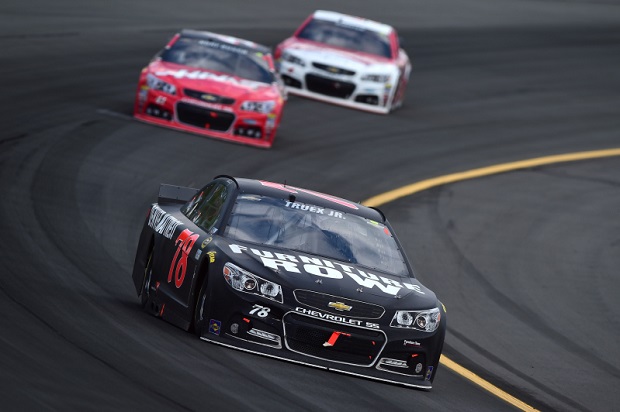