Wenger is under pressure ahead of Tuesday’s match

Tuesday sees the second leg of Arsenal’s crucial last-16 UEFA Champions League tie play out at the Stade Louis II in Monaco; and having crumbled in unceremonious fashion two weeks ago in North London, Arsène Wenger’s charges need some serious inspiration if they are to break down a high-on-confidence Monaco side in the Principality.

Currently 3-1 down, Arsenal travel to Monaco with two major problems:

1. They need to score at least three goals to try to force their way through to the quarter-finals.

2. Their opponents are one of the most defensively minded sides in Europe; and with three away goals of their own already in the bank, need do nothing but exert that strength.

Though Arsenal have picked up their performances in the last two weeks – wins against Manchester United in the FA Cup and Everton in the Premier League will have silenced the doubters somewhat – it should be noted that barring a defeat to Paris Saint-Germain in the French Cup Quarter-Finals, Monaco have also been faring well since the two last met; their most recent result a 3-0 win against in-form Ligue 1 club Bastia. (The Corsican side were down to nine men after 30 minutes, but Monaco looked comfortable throughout.)

AS Monaco are in the ascendency and will step out midweek as favourites, but they absolutely aren’t over the line yet, with the following mini plotlines yet to be determined on (and off) the pitch.

Will Wenger find a way?

He guided AS Monaco to the Ligue 1 title and victory in the Coupe de France, but all that will be inconsequent when Wenger’s Arsenal take to the Stade Louis II field.

It will no doubt be an emotional night for Le Professeur as he returns to the place where he made his name; with his club’s Champions League credentials on the line.

Can Olivier Giroud take his chances?

The Frenchman couldn’t buy a goal in the first leg at home in the Emirates, and thus, will be looking to make amends.

Arsenal’s fortunes could well hinge on how well he can finish in the Principality, but few would bet against him putting one or two away given a second chance in the tie.

Will the home fans turn out for their team?

The Stade Louis II has one of the worst attendance rates in the French League, but given the magnitude of the match in question, turnout shouldn’t be a problem this time.

The Monaco faithful played a role in London a fortnight ago; and the squad will be counting on more of the same with the chips really down.

Can Monaco keep a clean sheet or something close?

They are known for their uber-conservative, low-intensity football; and given that they are the ones in possession of those all-important away goals, many are expecting the Monégasques to play on the counter-attack tomorrow, despite being at home.

ALSO READ:  Why Brentford are at risk of second-season syndrome
Dimitar Berbatov scoring against Arsenal

Monaco’s Croatian keeper’ Danijel Subašić will be relying on his defence to keep their heads and support him at the back against those pacy Arsenal forwards.

Will Monaco’s youngsters handle the pressure?

Les Rouges et Blancs young guns Nabil Dirar, Bernardo Silva, Anthony Martial, Yannick Ferreira Carrasco and Matheus Carvalho have been playing out of their skins in the league of late, but with the eyes of the world’s media on them Tuesday, Monaco’s manager Leonardo Jardim will be hoping they can live up to the hype.

The fact that his team don’t need to chase the game will be of some comfort to their Portuguese coach; but Jardim will nonetheless expect seasoned pros Dimitar Berbatov, João Moutinho and most importantly captain Jérémy Toulalan to lead by example from the offset; on what could be one of the most special nights in AS Monaco’s history. 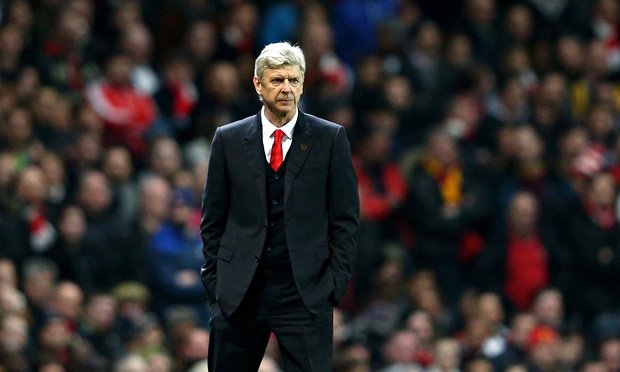