The UEFA Nations League group stages are approaching their conclusion and the penultimate round of games took place across the four leagues this weekend, so let us have a look at what went on and what it means for the 55 sides competing, starting with a more detailed look at League A…

The Italians are in the driving seat to reach the Nation’s League finals next summer with one game to go after they leapfrogged opponents Poland into top spot after a 2-0 win at the Mapei Stadium in Reggio Emilia.

A first-half penalty from Jorginho and a late Beradi goal saw the hosts to the win against a Poland side who saw Goralski sent off.

And Holland saw off bottom side Bosnia 3-1 in Amsterdam to keep up their hopes of top spot alive thanks to a brace from Wijnaldum and one from Depay, whilst the visitors netted a consolation through Prevljak but are relegated to League B after this loss.

The final games of the group will be played on Wednesday 18th November, and Italy know victory against Bosnia in Sarajevo will take them through to the Finals, although if they do slip up Poland and Holland, who meet in Chorzow, know a win would take them through, so still very much to play for!!!

Belgium are very much in the driving seat after netting a 2-0 win over England in Leuven thanks to goals from Tielemens and Mertens, and it sets up a final day decider against Denmark back in Leuven after The Danes saw off pointless Iceland 2-1 in Copenhagen thanks to goals a brace of penalties from Eriksen, with the winning spot-kick coming in the 92nd minute, this after Iceland thought they had their first point when Kjartansson had levelled with five minutes to go.

The Belgium Denmark decider and the dead rubber between England and Iceland at Wembley take place on Wednesday 18th November, Iceland, of course, were already relegated to League B whilst England’s loss to Belgium means they cannot qualify for the finals next summer.

World Champions France are into the Nation’s League finals after they won their group decider in Lisbon against Nation League holders and current European Champions Portugal, meaning the hosts cannot defend their title next summer.  Kante netted eight minutes into the second period to net a 1-0 win for Les Bleus and are the first side through to the finals.

In the other group game Sweden netted their first points after a massive 2-1 win over Croatia in Solna, Kulusevski and Danielson had The Swedes 2-0 up at the break and although Danielson netted a late own goal the hosts netted the win and kept their hopes of avoiding relegation to League B.

Croatia face Portugal in Split whilst Sweden travel to Paris to face The French on Tuesday with both sides knowing if they can better the other one’s result, they stay up and the other go down.  If both draw then Sweden perish, whilst if both expectedly lose it may come down to goal difference to determine who perishes, could be a tense night for both.

Germany go into the Group Four decider in Seville against Spain a point better off after they netted a 3-1 win over Ukraine in Leipzig, a result which means Ukraine can no longer qualify for the finals, but are now in danger of being relegated if they lose to the Swiss In Lucerne on the final matchday which takes place Tuesday this week.

The Eastern Europeans did take the lead through Yaremchuk but Ze Germans roared back to win thanks to a leveller from Sane and then two from Werner, and it means defeat in Switzerland on the final day would see Ukraine relegated to League B on goal difference.

This is despite the fact The Swiss haven’t won a game as yet in five matchdays after an 89th minute leveller from Gerard Moreno denied them victory in Basel against Spain.  Freuler had put them ahead in the first half and then saw a Ramos penalty saved to keep the Swiss ahead, but they could not hold on and Spain grabbed a point.

A draw for Germany in their final game against Spain will see them through, Spain simply have to win, whilst Ukraine will avoid the drop if they avoid defeat in Lucerne.

Onto League B now, here is a summary of the latest goings on there…

Covid-19 hit the Norwegian cap meaning they were not allowed to travel to Bucharest which saw that game cancelled, UEFA are deciding what to do with that one, but the Austria one does go ahead although it will be the Norway’s U21 squad who will travel instead.  Shame as had Norway beaten Romania it would have set up a last-day showdown for promotion to League A.

Austria are very much favourites to do this now as they will surely beat Norway’s U21 side in Vienna.  Northern Ireland must beat Romania to stand any chance of surviving the drop to League C, although even if they do win it will be down to what UEFA decide in that Romania Norway match up that may ultimately seal their fate, we shall see.

A win for Scotland sends them into League A, anything else and it could allow Czech Republic to snatch top spot and promotion to the top table instead.  Israel need to avoid defeat to avoid the drop to League C, whilst Slovakia must win to avoid drop and hope Israel fail to win.

Three sides can still win promotion to League A, a Russia win over Serbia would promote them regardless of the other result, if Russia fail to win then the winners of the Hungary Turkey game would go up instead.

Hungary could still go through with a point if Russia lost, Turkey must win whatever the outcome of the other contest, whilst Serbia need to win and hope they can overturn a three-goal swing on Turkey to stay up and send the Turks through the trap door to League C.  Basically, anything can still happen!!!

Showdown in Cardiff to decide who wins promotion to League A, a point for Wales will be enough, but a Finland win sends them up, whilst in Dublin Ireland will survive and send Bulgaria down to League C if they avoid defeat.

Right let’s move on the next level, three, and League C, and see what is going on there ahead of the final round of group matches…

Montenegro win against Cyprus sees them promoted to League B, Luxembourg could take advantage if Montenegro fails to win and they win against Azerbaijan.  A Montenegro loss and a Luxembourg draw may see promotion decided on goal difference, whilst Cyprus must win to stand any chance of avoiding a playoff to stay in League C.

All about promotion to League B in this one as Estonia already in relegation play off as they cannot catch the rest, North Macedonia will go up if they beat Armenia in their last day showdown in Nicosia, Armenia simply must win if they are to go up.  Georgia cannot go up or down regardless of their result in Tibilisi against Estonia so that game is a dead rubber.

A promotion and relegation play-off place decider in this group, Greece must beat Slovenia in Athens to go up to League B, Slovenia will be promoted if they avoid defeat in that one.

In the other contest in Pristina, Moldova must win to stand any chance of not finishing bottom and having a play-off to stay in League C, whilst Kosovo just need to avoid defeat in that one to stay above their opponents.

Belarus promoted to League B with victory over Albania in Tirana, Albanians simply must win to go up.

A Kazakhstan win in Almaty against Lithuania sees them go above them and send Lithuania into a relegation play off match, Lithuania will be safe as long as they avoid defeat.

We are almost their folks, just League D to quickly look over and see who could reach League C for next season…

Faroe Islands just need to avoid defeat against Malta in Ta’Qali to win promotion to League C, if Malta do win they win need to win by more than a goal after The Faroes beat them 3-2 in Torshavn earlier in the group stage.

Not much to play for in the other group game although if Andorra can grab their first win, they would leapfrog their opponent’s in the table and not finish bottom at least. Small comforts and all that.

Liechtenstein must win by two clear goals to have any chance of overhauling Gibraltar at the top and win promotion to League C, any other result sees the leaders go up.

San Marino will finish bottom after completing their round of fixtures, but a lovely story for them is they are unbeaten in their last two games, both goalless draws, which means for the first time in their entire history they have gone two matches without defeat, this is why this competition is brilliant for teams like them.  Two clean sheets in a row too must also be a first!!!  Super stuff

Well that completes my article for this round of fixtures, once Matchday Six has been done I will bring you an article on that too, so many last day showdown’s to come across all the leagues, so be quite a couple of days coming up this week!!! 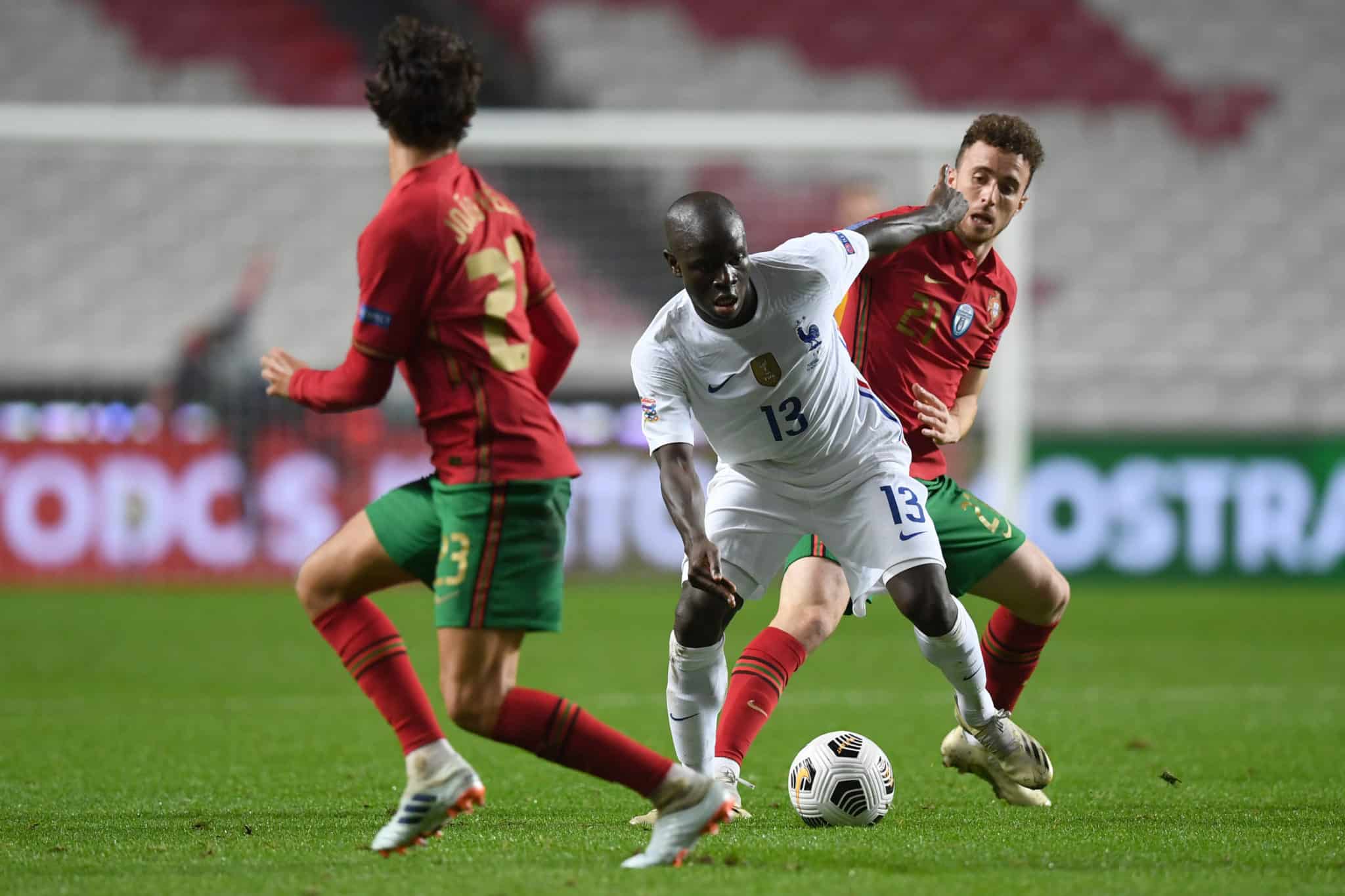