Fight fans are rarely treated to a bout between two warriors who are each coming off of the biggest wins of their careers. This upcoming Saturday, we get the opportunity to enjoy the experience. Charles Oliveira and Dustin Poirier are each at the apex of their careers. UFC 269 will pit them against one another for the title of best lightweight in the world. I can’t think of a better way to end 2021; this has been a great year for mixed martial arts and I’m sure these two gladiators will leave us satisfied when they climb into the octagon together. Without further ado, let’s get into it!

Heading into UFC 262, the buzz surrounding the main event was the fact that Michael Chandler was getting a shot at the lightweight championship, despite being a newcomer to the organization. After losing the first round to Chandler in front of a packed house at the Toyota Center in Houston, Charles Oliveira put the argument to rest in the second round with an electrifying punch combo that knocked out his opponent and made him the new king of the division. With a UFC special about his life set to debut this week, the fighter from Brazil is enjoying a level of stardom he could’ve only imagined when he started his professional career by winning three fights on the same day back in March of 2008. He’s come a long way from having to pull off a super-human stunt like that; now he flies on private jets and lives in a mansion. If he wants to stay on top, he’ll have to beat a very determined opponent on Saturday.

Dustin Poirier has had a chance to compete for the UFC’s lightweight championship before. In September of 2019, he lost to Khabib Nurmagomedov, a man that would go on to retire as an undefeated champion. Since then, he’s gone on to beat his biggest rival, Conor McGregor, twice. His latest victory in July of this year, solidified his place among the elite fighters in the division. Although he’s been the interim champion before, he’s never worn the belt outright. At 32 years old, his next match is the best shot he’s had at achieving this elusive goal. There’s no way he’s going to leave the octagon without giving it everything he’s got.

Amanda Nunes is the champion of both the women’s bantamweight and featherweight divisions in the UFC. The only other fighter in the organization’s history to hold the belt in two divisions simultaneously is Conor McGregor. That means she is in rarified air and a bona fide superstar. The last time she lost a fight was in September of 2014. There is a commonly held belief that, in a seven year time span, the human body replaces every cell with a new one. This means that, theoretically, Amanda Nunes has completely rejuvenated since the last time she suffered a defeat. She is literally a brand new woman; yet she is still an elite fighter. Her bantamweight title will be on the line on Saturday night. Taking it from her will be no easy task.

Julianna Peña earned a UFC contract on the reality show The Ultimate Fighter in November of 2013. Prior to that, she spent years fighting in regional promotions in the Northwestern United States and Canada. The fact that she flew under the radar for so long, and had to fight to earn a shot in the organization, has given her a chip on her shoulder. She is the underdog going into Saturday night’s matchup with the champion. However, given that this is her first title shot in eight years with the organization, fans can aspect Peña to exhaust every ounce of energy she has in trying to earn the right to wear the belt for the first time in her career.

Geoff Neal is on a two fight losing streak in the welterweight division. At 31-years-old, he’s still young enough to turn things around and get his career back on track. However, a third consecutive loss could mean a sabbatical from the UFC. Sharpening his skills against up-and-comers on a smaller stage may serve him better than continuing to pile up losses against the world’s top talent. Santiago Ponzinibbio is 35-years-old and still fighting like he’s in his prime. He is currently ranked 14th is the organization’s welterweight division. An impressive performance on Saturday could catapult him into the top ten.

Cody Garbrandt was once the UFC’s bantamweight champion. On Saturday, he will go down in weight class to make his flyweight debut. After failing to recapture the crown, and losing to Rob Font earlier this year, Garbrandt has made the decision that changing divisions will breathe new life into his career. Meanwhile, Kai Kara-France will seek to continue the momentum he gained from his first round knockout victory over Rogério Bontorin in March of this year. He is currently ranked sixth in the division; a win over a household name like Garbrandt could open the door for that elusive first title shot.

Sean O’Malley has had an impressive run inside the octagon in 2021. With wins in March and July of this year, O’Malley is one victory short of completing a “trifecta.” Having only one career loss, there are many who consider him to be the most underrated fighter in the UFC’s bantamweight division. He is a very active fighter who enjoys striking more than grappling, thus making him a fan favorite. No matter the outcome, one thing’s for certain, there won’t be a dull moment when Sean O’Malley walks out of the tunnel to fight.

After losing two consecutive fights in 2019, Raulian Paiva has turned his career around with three straight victories. He now looks like the fighter who many predicted would challenge for the bantamweight championship one day. Although he’s already amassed 24 professional fights, he is still just 26 years old. His best years are still ahead of him. However, beating a seasoned veteran like Sean O’Malley will not be easy. In order to do so, he’ll have to turn in the best performance of his young career.

UFC 269 is available on pay-per-view via BT Sport in the United Kingdom and through ESPN Plus in the United States. As always, we’ll have all the latest updates about the outcomes of the fights, as well as in depth analysis available right here at World In Sport! 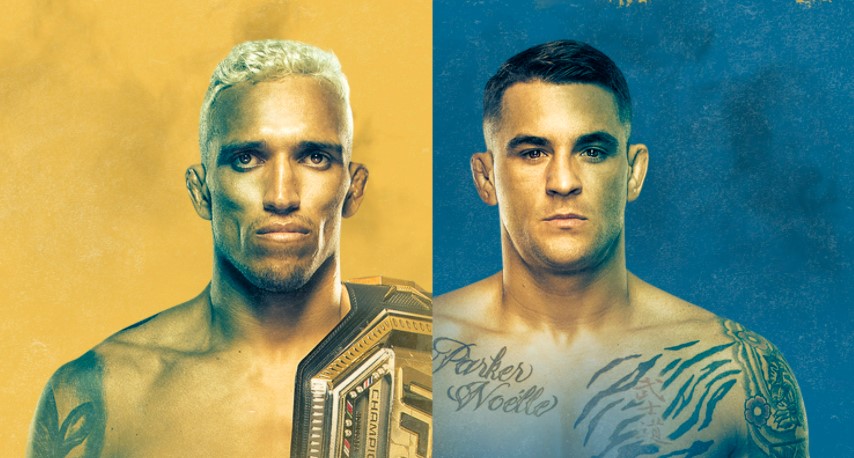