In front of a packed house at T-Mobile Arena in Las Vegas, the UFC held it’s last pay-per-view event of the year. As always, the place was abuzz and the atmosphere was exciting. On a night where the final two bouts were each world title fights, the action in UFC 269 was just as good as the build up. Without further ado, let’s get into it!

Reigning lightweight champion Charles Oliveira, had to be frustrated with being the underdog going into his first title defense. While Dustin Poirier looked impressive in his two wins against Conor McGregor earlier this year, many pundits seemed to forget that the version of McGregor that Poirier defeated was not the same man who took the sport by storm when he was in his prime. Nevertheless, the odds makers in Las Vegas decided Poirier was the favorite and the crowd seemed to be largely on his side as well.

Dustin Poirier scored style points with his selection of James Brown’s The Boss as his intro song. However, once the two fighters climbed into octagon, they were both ready to get down to business. In round one, the two fighters battled at an amazing pace. Poirier was very affective with strikes. His well-timed jabs put his elite power on display; Poirier’s head snapped backwards noticeably on more than one occasion. Oliveira stayed in the fight by using his knees and elbows to score points. However, Poirier was the clear winner of round one.

In round two, Oliveira scored an early takedown and proceeded to dominate the remainder of the round with ground control time. Poirier never made a real move to get back to his feet. It almost looked as if he conceded the round to his opponent. At the end of the second interval, the fight was tied at two rounds apiece. In round three, Oliveira used the momentum he gained from round two to end the fight. He immediately maneuvered to climb Poirier’s back and establish a standing rear naked chokehold. His grip was obviously tight and his opponent’s air supply was completely cut off. Poirier was left with no choice but to tap out.

The two men were very respectful towards one another in the post fight interviews. After the fight, Dustin Poirier vowed to donate twenty thousand dollars to the charity of Charles Oliveira’s choosing. It’s refreshing to see two of the best athletes in the sport display good sportsmanship. Unfortunately, there have been some unprofessional fighters in 2021 who think its cool to disrespect their opponent. The good news is, those fighters usually end up losing the fight. Charles Oliveira and Dustin Poirier are both class acts. The world of mixed martial arts is lucky to have them.

Julianna Peña stated that reigning bantamweight champion Amanda Nunes had grown accustomed to facing fighters who were scared of her. She vowed not to fall prey to that trap and to wear Nunes down, before forcing her to submit. In spectacular fashion, she did just that.

In round one Nunes’ superior power was on full display. She knocked Peña to the mat with a kick but allowed her to get back to her feet. She then sent her opponent to the mat with a strike and proceeded to dominate the rest of the round with ground control time.

Round two was a different story. Peña stunned Nunes at the beginning of the round with well-timed strikes. The crowd had never seen Nunes hit that many times and many in the audience rose to their feet. Nunes responded with a combination of her own and the two women engaged in an exciting toe-to-toe boxing match for awhile. Gradually, a look of shock and concern could be seen on Nunes’ face; maybe her previous opponents did fear her. This one certainly did not. The climax of the round came when Peña sent Nunes to the mat and immediately pounced to put her in a chokehold. Nunes tapped out right away. In perhaps the most stunning upset of the year, Julianna Peña had become the new bantamweight champion.

Geoff Neal and Santiago Ponzinibbio are considered two of the best prospects in the welterweight division. Neither man has had the opportunity to fight for a championship belt; this fight was largely seen as a proving ground for which of them truly belongs among the division’s elites.

Referee Mark Smith warned both fighters to close their fists instead of fighting with open fingers in round one. The idea behind this was to prevent an ugly eye poke that would force a pause in the action or cause an injury to the fighters. Other than that, the first round was pretty uneventful as both fighters threw strikes but neither caused significant damage.

Round two saw an increase in the action; Neal scored using strikes while Ponzinibbio found success with kicks. Both fighters landed significant shots in round three. However, the most impressive moment of the fight came when Neal landed a kick to the head of Ponzinibbio in the final round. This fight was tough to score as both men were bleeding from their faces by the end of the third round. Ultimately, Neal walked away with a split decision victory. In all likelihood, the kick he landed in round three is the moment that gave him the victory.

Cody Garbrandt was once the King of the bantamweight division. Kai Kara-France was his first opponent at flyweight. Unfortunately for Garbrandt, things did not go as planned. Early in round one, Kara-France landed a huge overhand strike that sent Garbrandt to the mat. Although he quickly got up, he was clearly in a daze. He attempted to score on a takedown, thinking this would slow down his opponent. However, Kara-France fought to his feet and then landed a mean overhand right that knocked Garbrandt out for good. The referee stepped in and stopped the fight. This was a great momentum builder for Kara-France; he will be one to keep an eye on in the bantamweight division for years to come.

Leading up to the fight, Sean O’Malley was honest about the fact that Raulian Paiva would be his biggest test to-date inside the octagon. At the beginning of round one, both men looked for their shots, but neither was able to inflict significant damage on the other. With about 35 seconds to go in the round, things took a drastic turn in O’Malley’s favor. He landed a huge overhand right that stunned Paiva immediately. He then wisely capitalized on the moment and followed up with a barrage of strikes that rendered Paiva defenseless. The referee was left with no choice but to stop the fight. If Sean O’Malley keeps improving at the rapid pace he has thus far, he will be the champion of the bantamweight division one day.

Watching Charles Oliveira defend his title, I was reminded of the words of former Houston Rockets head coach, after the team won their second straight title in 1995:

“Don’t ever underestimate the heart of a champion!”

Oliveira had to listen to the pundits leading up to this fight declare that Dustin Poirier was the best fighter in the division. He had to feel disrespected. I believe that casual observers were awed by the fact that Poirier had beaten Conor McGregor twice in the same calendar year. They gave him too much credit for beating a fighter who was past his prime, while not fully recognizing the brilliance of Oliveira. Tonight, Charles Oliveira did what all great champions do, win.

UFC Fight Night returns to the Apex Center in Las Vegas next week with a main event featuring heavyweights Derrick Lewis and Chris Daukaus. As always, we’ll have all the latest updates about the outcomes of the fights, as well as in depth analysis available right here at World In Sport! 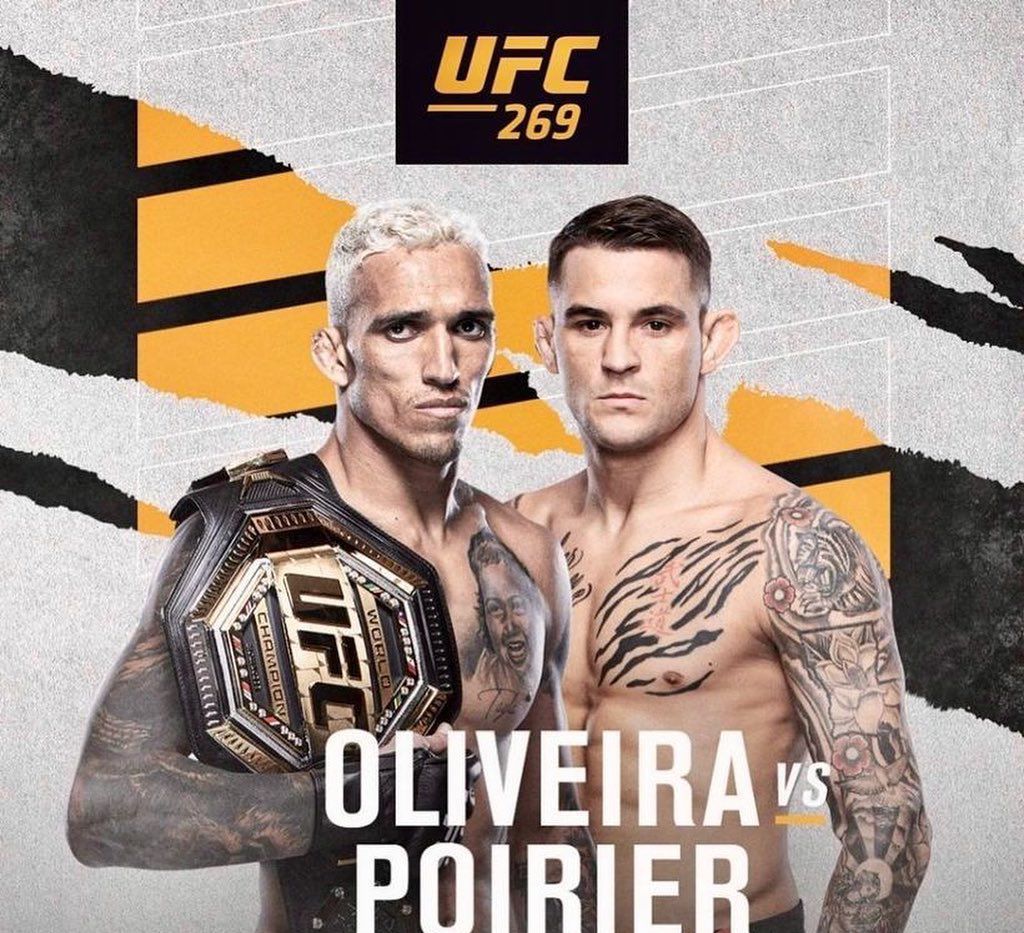