When Israel Adesanya places his UFC middleweight championship belt on the line against Robert Whittaker on February 12th, it will be the most anticipated rematch since Oscar De La Hoya gave Julio César Chávez a second shot at the belt back in 1998. Like Adesanya, De La Hoya entered both matches as the favorite to emerge victorious. However, unlike Chávez, Whittaker enters the rematch riding the best win streak of his career and with a renewed dedication to the sport. Adesanya versus Whittaker is a must-see bout for fight fans. The rest of UFC 271 is full of compelling matchups and great story lines. Without further ado, let’s get into it!

When Israel Adesanya defeated Robert Whittaker by a second round knockout in October of 2019, he became the undisputed UFC middleweight champion. Entering the bout, Whittaker was the title holder while Adesanya held the interim belt. “The Last Style-bender” won the fight in convincing fashion and he has dominated the division ever since.

Since their last meeting, Whittaker has won three consecutive fights, all by unanimous decision, and he’s looked great while doing it. Conventional wisdom says that Whittaker is a much better version of himself than he was when he lost the belt to Adesanya almost three years ago. Adesanya made one ill-advised attempt at becoming the light-heavyweight champion; now that he’s figured out that middleweight supremacy is the key to his legacy, he is more focused than ever.

ALSO READ:  Liddell vs. Ortiz II: A look back at UFC 66
Embed from Getty Images

Fight fans are in for a treat when these two climb into the octagon. The champion wants to hold onto his belt and remain King if the division. The challenger wants to reclaim what he feels is rightfully his. One thing’s for certain, both men are going to give it everything they’ve got on Saturday night.

Derrick Lewis was once seen as a potential challenger to the throne of heavyweight supremacy in the UFC. However, he is now seen in a much more accurate light. He is a knockout artist who is great at entertaining the fans with his power. He is not dedicated enough to get in condition for a five-round fight. He’s also not a complete mixed martial artists with great takedown or grappling skills. However, if he lands a clean shot, his opponent is definitely going down.

Tai Tuivasa is known for drinking a beer out of a shoe after a fight and climbing onto the ring in celebration. Most sane people wouldn’t do such a thing, especially considering that Tuivasa doesn’t use a new pair of shoes that has been reserved as a prop. No, he often allows fans to take sneakers right off of their feet and hand them to him. Afterwards, he will pour a beer into the shoe and gulp it up. It’s disgusting, but he’s a good striker inside the octagon. Lewis and Tuivasa will surely not go the distance. One of these two fighters will get knocked out; that is a certainty.

Jared Cannonier has won four out of his last five fights and seems to be getting better with age. At 37-years-old, he shows no signs of slowing down. Derek Brunson is on a five fight winning streak of his own and also seems to have found the fountain of youth. He is 38-years-old and has publicly stated he wants a shot at the winner of Adesanya vs. Whitaker for a chance to win the first championship of his UFC tenure. Both of these men are nearing the end of their prime years inside the octagon. Both men desperately want a shot at the title. This one is going to be fierce from start to finish. They know a shot at the title is within their grasp; it’s an opportunity neither man can afford to pass up.

Marcelo Rojo is seven years older than his bantamweight counterpart, Kyler Phillips, but he has considerably less experience in the UFC. Phillips has been on the UFC roster for two years, while Rojo made his lone appearance with the organization in March of last year. Unfortunately for Rojo, his debut did not go as planned; he lost by a knockout in the third round. Now he’s returning with a shot at redemption with his career in the UFC on the line. The organization is not known for giving new fighters very much leeway before making them sharpen their skills elsewhere. Kyler Phillips knows he is not just fighting for the trajectory of his young career, he’s facing an opponent whose tenure with the organization is on life support. These two men have everything to gain and nothing to lose. Expect an all-out-brawl when they face one another in the octagon.

Bobby Green and Nasrat Haqparasat are two veterans of the lightweight division who are still in search of their first title shot. Neither man has been spectacular as of late; they’ve each lost two of their last four fights. Once upon a time, Green was the KOTC champion at both Junior Welterweight and Lightweight. Although it was in a smaller organization, Green can boast that he knows what its like to wear the crown. Haqparasat is still waiting to earn such an honor. These fighters are being granted the opportunity to show they are better than the middle-of-the-road label they’ve both been assigned. Neither man will want to squander the chance to perform well in front of a packed house at a pay-per-view event. This will definitely be a fight worth watching.

UFC 271 can be viewed on pay-per-view via BT Sport in the United Kingdom and on ESPN Plus in the United States. As always, we’ll have all the latest updates about the outcomes of the fights as well as in depth analysis available right here at World In Sport! 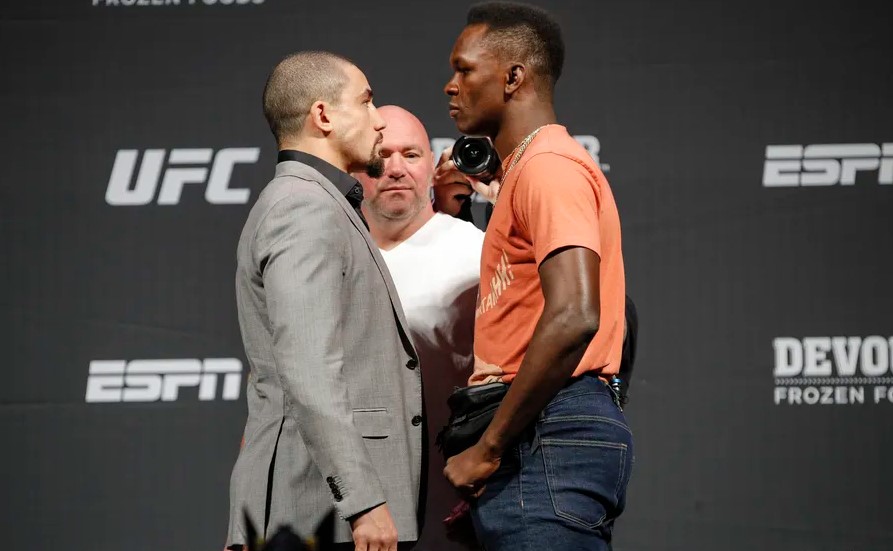