On Saturday, November 20th, the UFC returns with another edition of Fight Night from the Apex Center in Las Vegas. The main event of the evening features Women’s Bantamweight stars Ketlen Vieira and Miesha Tate. Vieira is currently ranked in the top ten in the division, while Tate is a former title holder; this should be a good one. Without further ado, let’s get into it!

The last few months have been a series of setbacks and frustrations for Ketlen Vieira. Originally, she was scheduled to have a rematch with Sara McMann on August 28th. However, McMann announced an injury two weeks before the fight, causing it to be cancelled altogether. After that, the organization decided to schedule her against Miesha Tate on October 16th. Unfortunately, Tate tested positive for COVID in mid-September. The fight was rescheduled for November 20th. So, here we are. A fighter who’s been trying to get into the octagon for the past three months is finally getting her chance to show the world what she’s capable of. Although she was the bantamweight champion in two organizations before joining the UFC, Vieira is yet to get a title shot in this organization. Beating a respected former champion like Tate would be a strong argument in her favor.

Miesha Tate retired from the sport in 2016. She later became the Vice President of ONE Championship Fighting. However, her competitive drive was not satisfied by her front office duties; she made her return to the octagon in July of this year. Now, at age 35 she is a full fledged fighter again. Ketlen Vieira is a top-ten fighter who presents a huge challenge. If Tate is able to emerge victorious on Saturday, her comeback will truly be successful.

Michael Chiesa has fought at both lightweight and welterweight over the course of his career. However, considering how stacked with talent the lightweight division currently is, his return to welterweight may be a wise decision. His fight on Saturday will be his third bout of the year; he won in January and lost in August. This match will determine whether or not 2021 was a winning year or a losing year for the 33-year-old from Denver. There is a lot of pressure on him to perform well, as he is a part of Team Alpha Male, one of the best known crews in all of mixed martial arts.

Sean Brady is a former Cage Fury FC Welterweight Champion. He is undefeated in his professional career and hungry for his first title shot in the UFC. A win against a respected fighter like Michael Chiesa could catapult Brady into the top ten in the rankings. Hall of Fame basketball coach Phil Jackson used to tell his teams “You’re only a success at the moment you perform a successful act.” The saying was designed to convey a message that complacency is not okay; the desire to win again must take center stage. Brady must not be satisfied with his past championships or undefeated record. The only way to realize his full potential is to pursue the championship in the organization in which he is now a member.

ALSO READ:  What is next for Kamaru Usman?

Rani Yahya won the Gold medal at the Word Jiu-Jitsu championships in both 2002 and 2003. Kang Kyung-ho is a “jack of all trades, Master of none.” He has been trained in Brazilian Jiu-Jitsu and Taekwondo, but has not become a Black belt in either art form. Yahya comes into this fight as a favorite due to his impressive resume and his incredible skill set. Kyung-ho, on the other hand, is on a three fight win streak but has not fought in front of the public since December of 2019. It will be interesting to see how this clash of skilled warriors plays out once they finally climb into the octagon together.

Joanne Calderwood has had a kickboxing career equally as impressive as her mixed martial arts career. In twenty one career kickboxing fights, she has only lost twice. However, she’s had some recent struggles inside the octagon, losing three out of her last five fights. Taila Santos only has one career loss and is on a three fight win streak. Her most recent bout was a unanimous decision victory in September of this year, during which all of her skills appeared to be as sharp as ever. She is in tip-top shape for an athlete her size and getting a win against her will be no easy task.

This fight features one fighter who’s fought six times in the last five years, pitted against a fighter who’s fought seven times in the last two years. Davey Grant has lost three out of his last six fights since 2016, and he’s looked very mediocre while doing so. Adrian Yanez, on the other hand, has been an unstoppable force of nature since 2019, going undefeated over the last two years. Neither fighter is currently ranked in the top ten in the bantamweight division. For Yanez, an impressive showing on Saturday may be enough for him to finally reach this elusive mark. For Grant, it will take two or three consecutive impressive performances to steer his career in the right direction.

UFC Fight Night can be viewed on BT Sport in the United Kingdom and on ESPN Plus in the United States. As always, we’ll have all the latest updates about the outcomes of the fights, as well as in depth analysis available right here at World In Sport! 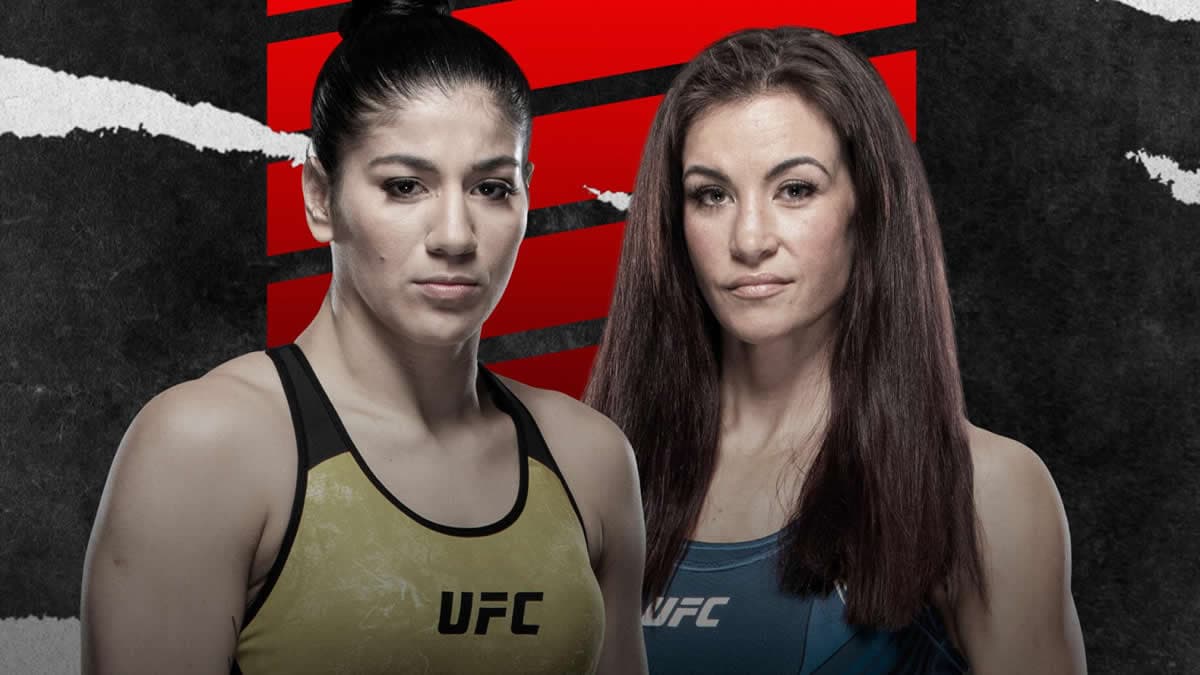