Aspen Ladd vs. Macy Chiasson was removed from the latest installment of UFC Fight Night. The organization did not confirm reports, but the rumors circulating seem to indicate that it was Chiasson’s camp that pulled out of the fight due to injury. The main event of the evening, Cory Sandhagen vs. T.J. Dillashaw, did not disappoint. Without further ado, let’s get into it!

Back when T.J. Dillashaw was one of the most feared fighters in the entire organization, Cory Sandhagen was his sparring partner. Heading into their main event clash, both men stated that was in the distant past and would not play a role in their matchup.

In round one, Sandhagen looked to take advantage of the perceived rust Dillashaw would have after a two year layoff. Not only was he aggressive with strikes, he also attempted an early takedown. Dillashaw displayed great defense by fighting his way out of the grappling that Sandhagen initiated. By the end of the round, the former champion had established the dominant position and was giving Sandhagen a lesson in ground and pound tactics.

Sandhagen was dominant in round two. He used an overhand right to open a cut over Dillashaw’s eye that immediately began bleeding profusely. The bleeding was so intense that the referee paused the fight to have the ring doctor take a look at it. When the round resumed, Sandhagen immediately went back to work. It was easily his best round of the fight.

Dillashaw bounced back nicely in round three. After avoiding a spinning kick attempt by Sandhagen, Dillashaw was able to pin his opponent against the cage. While he wasn’t able to take him to the mat, he clearly had the dominant position.

Rounds four and five were very close; there was no instance where one fighter clearly took control of the fight. Sandhagen’s height definitely posed a problem for Dillashaw. He clearly wanted to get Sandhagen to the mat in order to wrestle but Sandhagen always found a way to stay on his feet. Although both men fought admirably, Dillashaw may have stolen the later rounds by being the more aggressive of the two fighters.

Phillips fought round one as if it was the last round of the fight and the scorecards were even. He pressed forwards the entire round and made Paiva backpedal. His striking was so dominant that the only reason Paiva survived was time expiring in the round. Ten more seconds of Phillips’ barrage and the referee would’ve been forced to stop the fight.

In round two, Phillips appeared exhausted from the opening bell. It seemed as if his camp only prepared for one round during training and neglected cardio altogether. Paiva took advantage of his opponent’s fatigue and dominated the round with an impressive striking attack that gave him control of the fight.

Round three was very close. Neither fighter was able to dominate and both men opted to wrestle instead of strike. Paiva was granted a split decision victory. Kyler Phillips needs to learn a valuable lesson from this defeat; no matter how skilled you are, there is no substitute for conditioning.

Minner made it clear in round one that he was more confident in his wrestling skills than his striking ability. Early in the round, he attempted a chokehold which Elkins was able to fight out of. However, he managed to regain the dominant position. Afterwards, he pummeled his opponent with a vicious ground and pound attack that lasted the remainder of the round.

Minner attempted to put Elkins in the guillotine at the start of round two. However, Elkins had grown accustomed to Minner trying to grapple with him. Not only did he fight his way out of the hold, he gained the dominant position for himself. He then pummeled Minner on the mat until he was rendered defenseless. The referee had no choice but to stop the fight and Darren Elkins walked away with a 2nd round TKO victory.

Although both fighter were hesitant to initiate offense out of respect for their opponent’s ability to counter, Miranda Maverick did eventually land some scoring blows in round one. After scoring several good body kicks, she ended the round with an impressive overhand right that landed squarely on Barber’s jaw.

Round two was a seesaw battle that saw both fighters try and fail to take control of the fight. After Barber attempted an early takedown, Maverick fought to her feet and showed she would not allow her opponent to dictate the pace of the fight.

In round three, Barber fought with desperation, while Maverick looked complacent. The highlight of the round was a spinning elbow from Barber that landed squarely on Maverick’s chin. Ultimately, Barber was awarded the split decision victory. This was a very tough fight to call but Maverick’s lack of aggression in round three clearly cost her the fight.

Randy Costa was very busy at the start of round one. He landed a high kick to Yanez’s head that landed with a thud. Later in the round, he was able to use his striking ability to open up a cut over Yanez’s left eye.

Yanez would not be outdone in round two, as he started off the round with an immediate barrage of strikes. After pressing Costa into a corner, he landed a left body shot followed by a right uppercut that sent Costa sprawling to the mat. He then hopped on top of his opponent and pummeled him with a vicious ground and pound attack. The result was a stoppage and a 2nd round TKO victory for Adrian Yanez.

This was a great fight card. Three of the fights ended in a split decision, which shows how evenly matched the fighters were. Miranda Maverick cost herself the decision by believing she’s already won the fight and attempting to coast to victory. Kyler Phillips cost himself the decision by only being conditioned enough for one good round. These are lessons each fighter must take with them as they prepare for their next bout. Hopefully, up and coming fighters will take heed and avoid these pitfalls as well.

The talk of the night will surely be T.J. Dillashaw. He made a mistake and he owned it instead of running away from it. Now that he’s back, he looks ready to compete for a title again. The following few months will be very interesting.

UFC Fight Night will return on July 31st when Uriah Hall takes on Sean Strickland. As always, stay tuned to World In Sport for all the latest updates on UFC and the world of mixed martial arts! 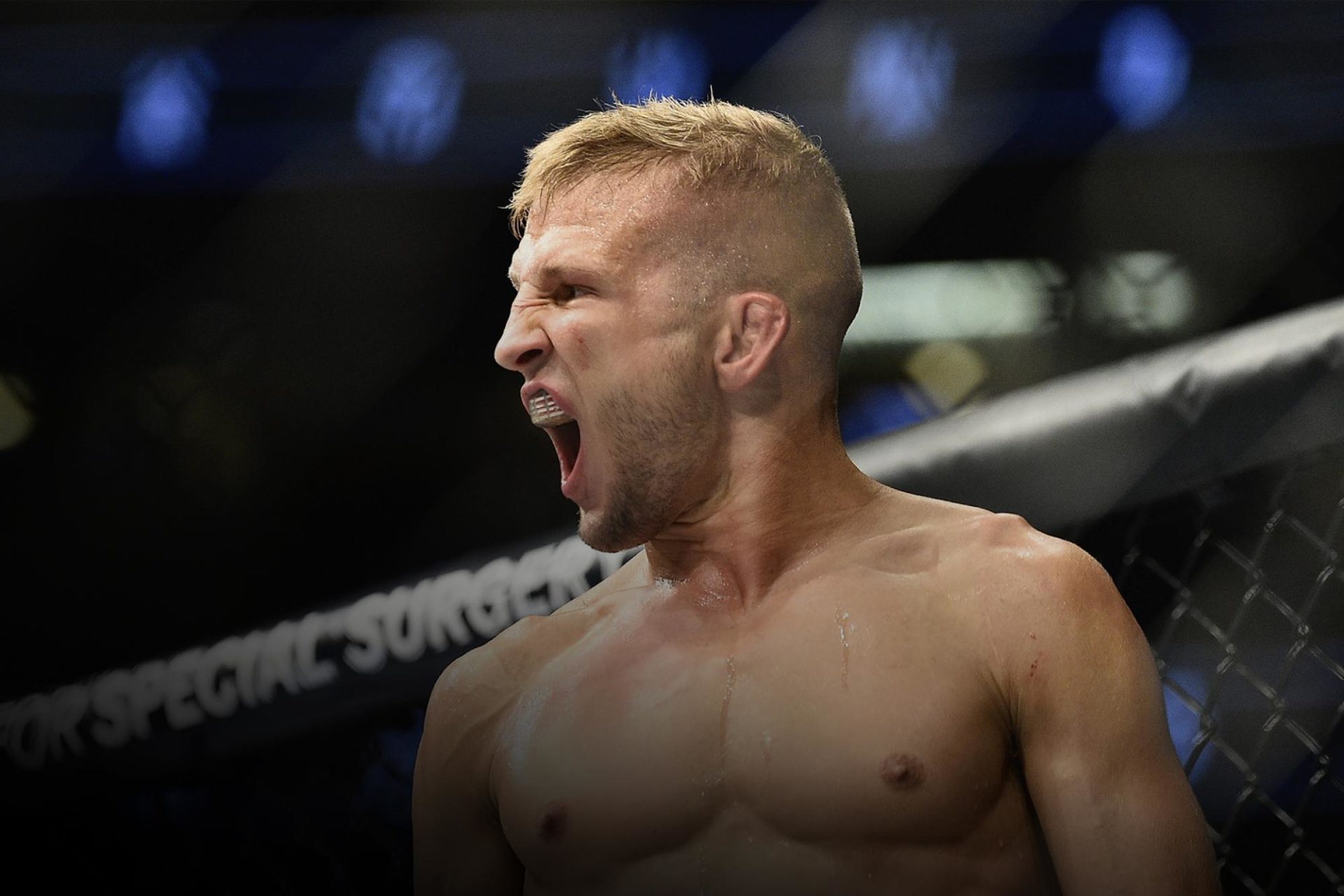