Marchant de Lange made history becoming the first bowler to take a 5-wicket haul in Saturday’s action in the Hundred while Jemimah Rodrigues would be the star of the show at Headingley for the Northern Superchargers. You can see the rest of the opening round of results in this column.

Trent Rockets would win the toss and elect to field first.

Amanda-Jade Wellington would be the final wicket to fall as she was caught by Abigail Freeborn off the bowling of Sciver for 5 as Stafanie Taylor and Anya Shrubsole would finish with 45 and 40 not out respectively.

Freeborn would be LBW to Shrubsole for 10 off the penultimate ball of the innings before Kathryn Bryce would be bowled off the final one for a golden duck – Glenn would finish 1 not out.

The Brave won the toss and elected to bat first.

Alex Hales would be the only wicket to fall in the reply, bowled by Garton for a golden duck, with Short (51 off 41 balls) and Malan (62 off 43 balls) putting on 124 unbroken for the second-wicket partnership.

Winfield-Hill would be caught by Hennessy off the bowling of Smith without scoring before Wolvaardt would be run out by Redmayne for 1. Hollie Armitage would be bowled by Cleary for the same score before Bess Heath would be the final wicket to fall, caught by Katie George off the bowling of Matthews for 12 as Jemimah Rodrigues (92 off 43) and Davidson-Richards saw the hosts home with 15 balls remaining.

Tom Kohler-Cadmore would be run out by Phillips for 18 before John Simpson would be caught by Cockbain off the bowling of Ahmad for 6. Harry Brook would be the final wicket to fall, LBW to the same bowler, for 62 off 31 balls – Carse and Potts would be not out with 11 and 20 (off 10 balls) respectively. 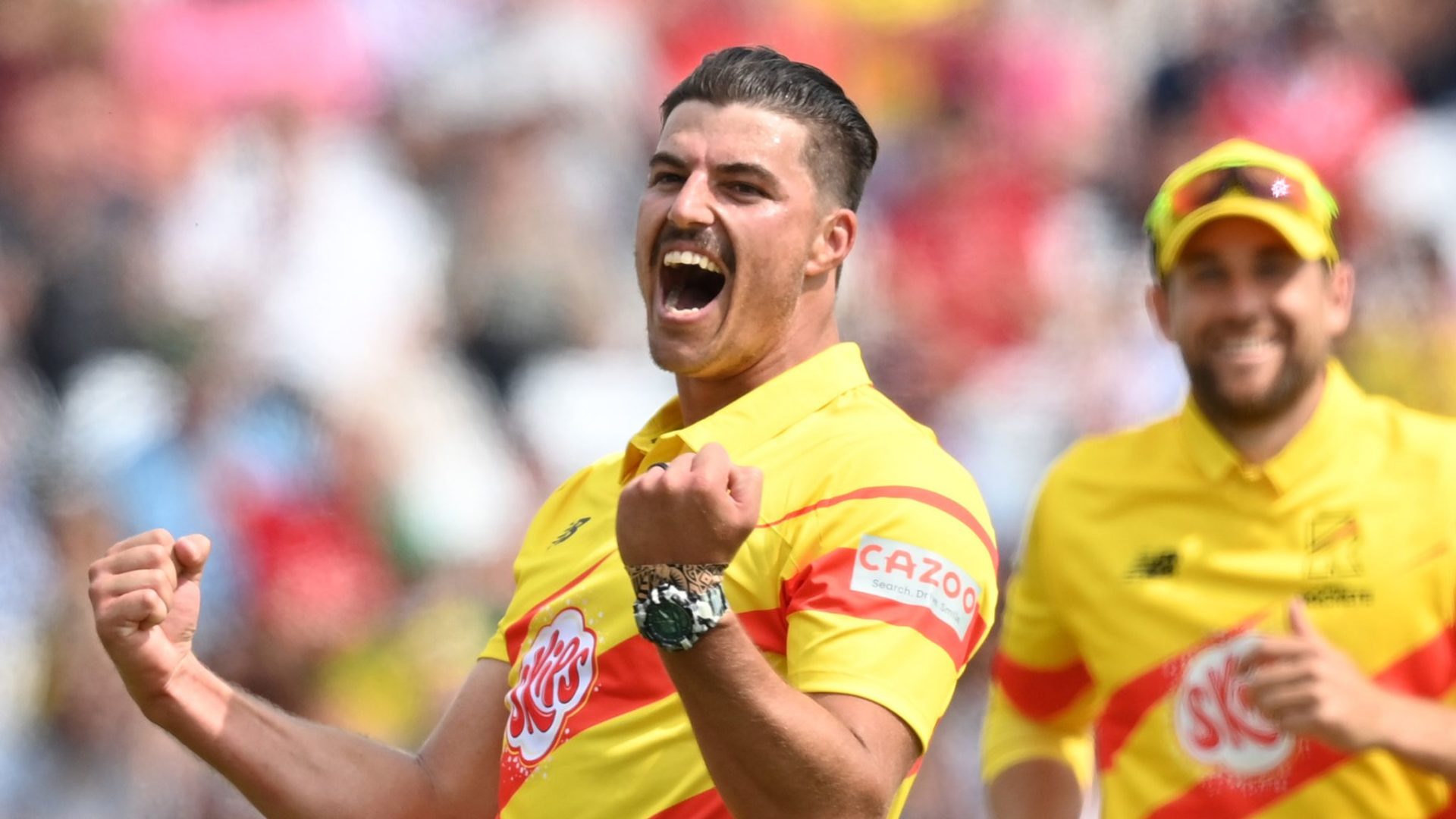