Women’s flyweight prospects Alexa Grasso and Vivane Araújo have each participated and emerged victorious in one fight thus far in 2022. Their meeting on Saturday, October 15th, at The Apex Center in Las Vegas will leave a blemish on one woman’s record this year, while the other will enjoy an undefeated 2022 campaign. Each of these athletes is among the top ten of the organization’s divisional rankings, and they each have championship aspirations. Their individual career trajectories will be on the line when they come face to face in the middle of the octagon. There’s a lot to unpack here; without further ado, let’s get into it!

After establishing herself on regional circuits in Mexico, Alexa Grasso was invited to compete in Invicta FC. During an impressive year-and-a-half run with the organization, Grasso went undefeated in four fights. This stage of her career was noticeable enough for her to get called up to the UFC, the world’s premier mixed martial arts organization. That was in November of 2016. In the nearly six years that have transpired since that moment, Grasso has only lost three fights and has climbed all the way to the fifth spot in the women’s flyweight division.

After becoming the Pancrase women’s strawweight champion in August of 2018, Viviane Araújo was not afforded the opportunity to defend her title before being called up to compete in the UFC. She is a Black belt in both Brazilian Jiu-Jitsu and Luta Livre. Her combination of elite grappling skills and striking acumen has made her one of the most respected competitor’s in the women’s flyweight division. At UFC Vegas 62 she will face the biggest challenge of her career in Alexa Grasso. These women understand that a victory in the main event of an edition of Fight Night could catapult their careers to the next level; they’re going to put it all on the line and won’t hold anything back. You won’t want to miss it!

Cub Swanson began his professional mixed martial arts career in the summer of 2004 as a member of the Total Combat organization, a small regional outfit that competes in Tijuana, Mexico. In the Spring of 2007, he got his big break and was brought into WEC, which was one of the most well-known organizations in the world at the time. During the course of his 18-year-career, Swanson has become one of the most recognizable faces in the bantamweight division; he remains a fan favorite even after close to two decades of competing inside the octagon.

Jonathan Martinez is considerably younger than Swanson, his next opponent. At just 28-years-old, Martinez has only been on the UFC’s roster since 2018. He has been as impressive as ever lately, winning five out of his last six fights. A win against a household name like Cub Swanson would amount to the biggest victory of his career. Martinez is still unranked and largely unknown. If he is able to achieve an upset on Saturday, all of that would change in an instant!

In March of this year, flyweight challenger Askar Askarov suffered the first defeat of his career. Prior to that, his record consisted of 14 wins and one draw. He is still considered an elite prospect, currently ranked fourth in the division. However, his next bout against Brandon Royval will be his first public appearance in the octagon since his first and only loss. It will be interesting to see how he responds to the first setback as a fighter.

Brandon Royval is ranked fifth in the flyweight division and is currently on a two-fight win streak. He is a Black belt in Brazilian Jiu-Jitsu who is known as one of the best grapplers in his weight class. Royval is a former champion in the LFA organization, but is still looking for his first title shot as a member of the UFC. A win against a fighter of Askarov’s caliber would put him one step closer towards achieving his goal. These two men will leave it all inside the octagon; the stakes are high and neither of these athletes are willing to back down. Make sure to tune in!

Legend has it that middleweight contender, Jordan Wright, made up his mind to be a professional fighter at the tender age of four-years-old. He had just viewed an episode of Dragon Ball Z for the first time in his life, and afterwards he understood his life’s calling. Fast forward to 2022, and Wright is one of the most well-respected fighters in the UFC’s middleweight division.

After spending the first three years of his career competing in regional circuits in Eastern Europe, Duško Todorović was invited to compete on Dana White’s Contender Series in August of 2019. After his impressive performances, he was granted a contract and a spot on the organization’s roster. Since then he’s been somewhat mediocre and inactive. He’s amassed two victories and three defeats. If he is able to impress audiences against Jordan Wright on Saturday, it will remind the mixed martial arts world why Todorović was viewed as an elite prospect at the start of his career.

ALSO READ:  Why Sean O’Malley’s fight against Petr Yan could be make or break

Canadian Light Heavyweight Misha Cirkunov has lost three consecutive fights. The last time he emerged victorious from the octagon was in September of 2019, more than three years ago. There are rumblings that if the 35-year-old doesn’t get back in the win column soon, he will find himself on the outside looking in on the UFC’s roster.

Meanwhile, American Light Heavyweight Alonzo Menifield, has won three out of his last four fights and is currently enjoying the best performances of his career. Menifield is just one year younger than Cirkunov but appears to be on an upward trajectory while Cirkunov is spiraling downwards. This fight is a tale of one man trying to salvage his career while another man is trying to ride the biggest wave of momentum he has known as a professional fighter. Make sure to tune in to all the action!

UFC Vegas 62 can be viewed on BT Sport in the United Kingdom and on ESPN Plus in the United States. As always, we’ll have all the latest updates about the outcomes of the fights, as well as in depth analysis, available right here at World in Sport! 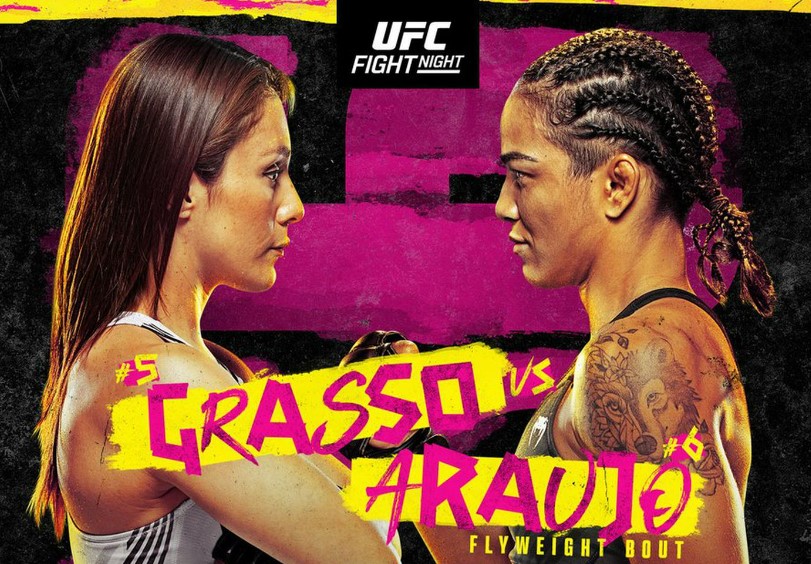