Verstappen cruised to his second World Championship this season. Here are some of his best moments and the tools he now has in his possession that makes him a formidable racing driver.

As cost cap news dominates F1’s headlines, the achievements of Max Verstappen’s 2022 season have not received appropriate attention. The Dutch driver now equals Fernando Alonso on world titles and wins, cementing himself as one of the greats in the sport.

Gone are the days of ‘Crashstappen’, whose aggressive racing style often ended in incidents. Before us, we see a measured and patient driver who picks the precisely right moments to showcase his wheel-to-wheel ability. Instead of focusing on cost cap breaches, let’s look at some of Verstappen’s highlights from this season and how he has transformed into a formidable World Champion.

No matter where Verstappen starts on the grid, a win seems inevitable. Except for the Singapore GP, every time Verstappen has received a grid drop or started outside of the top spots, he has won. At Monza, Spa and the Hungaroring, he steadily climbed through the field to make sure he was in the right place at the right time to poach the lead.

Admittedly he has had the best car on the grid, especially since the summer break. The Red Bull suits power-specific circuits such as Spa and Monza, aiding Verstappen’s overtakes.

Yet, the ease of his overtakes is not down to the car alone. Verstappen now has newfound patience that ensures he makes these moves at the right place and time without becoming greedy.

If these overtakes do not demonstrate his skill enough, the way he manages to shake off his competitors once he is in the lead highlights his pure pace. At the Belgium GP, his teammate Sergio Perez finished 17.841 seconds behind him, proving he sits in a separate league from most other drivers.

2022 hasn’t exactly thrown major competition Verstappen’s way. Mercedes have been well off the pace, and Ferrari has made strategic blunder after strategic blunder. However, his nearest competitors, Leclerc, Sainz and Perez, are some of the best drivers on the grid. Verstappen makes them look like poor competition, showing the frighteningly high level he is performing.

As mentioned previously, Verstappen has been lucky to capitalise on the mistakes and unreliability of Ferrari this season. Where Ferrari has crumbled internally and drivers have made mistakes, Red Bull has provided Max with the well-oiled machine needed to win a championship. They have some of the best personnel in F1, including Adrian Newey and Hannah Schmitz.

Their internal talent marries with their driver talent to create an unstoppable unit. Think Brawn and Schumacher or Toto Wolff and Lewis Hamilton. These functioning relationships are essential when a driver dominates in F1.

On top of this, Red Bull has built a car suited around Max Verstappen and his driving style. Verstappen is the author of his own success and has strengthened his position within the team by inserting himself as number one from the beginning. The combination of how well the team works and Max’s raw talent makes Verstappen a threat on the track.

Yes, Ferrari has made mistakes, but Verstappen and his team must be perfect to capitalise on them. Overall, they have been excellent, with Max becoming the complete driver they need to make their strategies work. All these factors together have allowed him to cruise towards his second world title.

Sketchy moves at Monza, Brazil and Saudi Arabia characterised Verstappen’s 2021 season, the pressure of the championship battle perhaps impacting his driving style. This year, however, he has transformed into a driver who makes very few mistakes.

On the one hand, there has been a lack of intensity in the 2022 title fight, with less need to go for riskier moves to beat a closely matched opponent. Despite this, at the beginning of the season, with DNFs in Bahrain and Australia, it would have been easy for Verstappen to attempt desperate moves to claw back a championship lead.

Yet he remained patient. A standout example is the Saudi Arabian GP and the patience Max exercises when fighting for the lead against Leclerc.

He waits to use DRS patiently, knowing if he does not get Leclerc on one lap, he can get him on the other. In one DRS zone, they lock up and manage not to crash into each other, showing immense control and respect from both drivers.

During this instance, Charles comes out better, but Verstappen does not get annoyed by this. He hangs back a little in the next DRS zone rather than trying to force an overtake. Even Crofty asks during commentary, “has patience finally found itself in Max Verstappen’s vocabulary?”

Eventually, Verstappen takes Leclerc, and holds him off until the end of the race, helped out by a yellow flag. Wheel-to-wheel racing in Saudi Arabia shows Verstappen knows when to pick his fights this season. His passes are no longer aggressive, and he possesses that racing magic of legendary World Champions.

The Hungarian Grand Prix this year is further evidence that wherever Max Verstappen starts, he’s winning! Qualifying 10th due to power issues, he steadily climbed through the midfield during the race. Once again, Verstappen got lucky when Ferrari fitted the dreaded hard tyres on Leclerc, making him easy to pass.

However, Verstappen skidded in the wet, dropping him back down again to 4th. For any other driver, a win would be out of reach. Having to fight back from this position, Max battled with Charles again and eventually managed to win the race.

Again, other mistakes gifted Max the win, but Max’s temperament determined how he handled his spin. He did not get frustrated by it or aggressively claw back a lead, confirming his newfound composure.

The Hungarian GP unofficially solidified Max’s championship. If the man can spin and win, this man is working at the world champ level!

Nothing quite encapsulates Max mania like his home weekend at the Dutch Grand Prix. The swarms of fans in orange blasting techno, with no other teams’ merch in sight, is an intimidating spectacle. Whilst support from a home crowd can bolster some drivers, winning at home still comes with tremendous pressure.

Verstappen, however, gifted his fans the perfect race weekend by taking pole position on Saturday and the win on Sunday. Achieving this was not as easy as it seemed.

With the Mercs opting for a one-stop strategy, they pressurised Verstappen for the win throughout the race. Helped out by yellow flags and a safety car, Verstappen aced the re-start alongside his former rival team Mercedes. With a tyre and car advantage, he withstood the competition to take a popular home victory.

To perform spectacularly with that home crowd is a tension Verstappen can block out effortlessly. Despite their talents, we see drivers on the grid who struggle to ignore external pressure, such as Ricciardo or Leclerc. Expectation never seems to faze Max Verstappen, and this strong sports mentality gives him the ferocity a multiple World Champion needs.

What do you think Verstappen’s defining moments were this season? Do you agree these were his best, or do you have other moments you think defined his championship-winning season?

Let us know in the comments below! 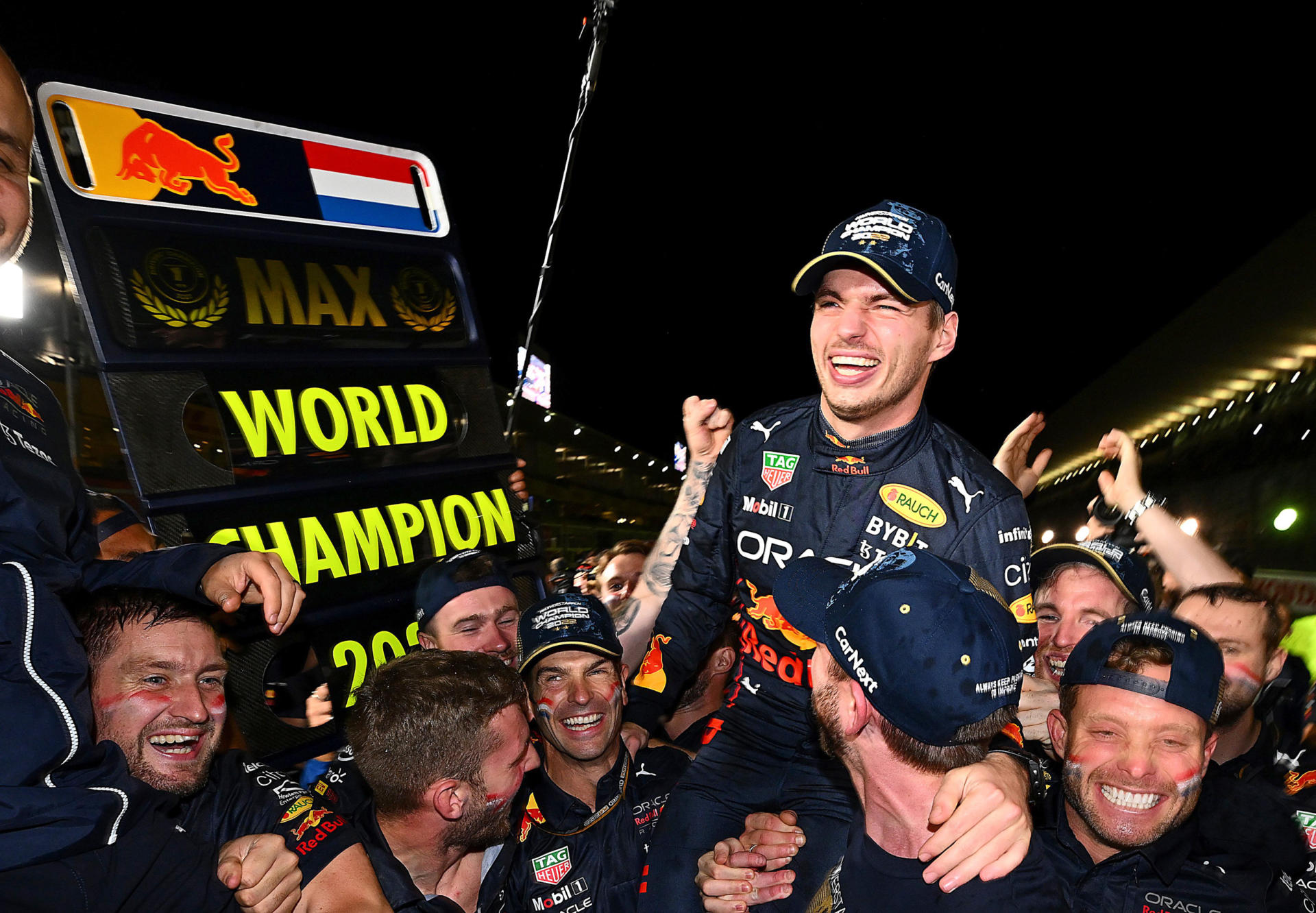