On 12th June, Lewis Ritson fought Jeremias Nicolas Ponce in an IBF eliminator at Super-Lightweight in his hometown of Newcastle. However, Ponce came to win and finished Ritson in the 10th round after some awful refereeing, becoming mandatory to Josh Taylor’s IBF belt. Where now for the ‘Sandman’?

Ponce finished Ritson after three knockdowns in the 10th, the referee calling the fight after some horrible officiating by throwing the towel back out the ring once Ritson’s corner threw the towel in. At the time of stoppage, I had the fight 89-82 in Ponce’s favour.

Before the fight, we knew Ponce was the type to stand and trade with Ritson, which theoretically plays into Ritson’s hand. Little did we know, this also played right into Ponce’s hand.

With the first round starting, this was evident straight away. Both fighters working with power shots and body shots.

Halfway through the 1st though, Ponce lands a peach of a body shot, hurting Ritson who had to cover up. Ponce went to work, throwing hammers onto Ritson who could do nothing else but cover up.

The tone was set and Ritson seemed in trouble. In the early rounds, Ritson seemed slower than normal, likely still recovering from the body shot in the first. Ponce continued to go to the body, continually stopping Ritson in his tracks.

Peppering in headshots, Ponce was in cruise control, acting as if it were a sparring session.

Ritson’s power advantage at 135 wasn’t evident at all at 140. Ponce was just walking through his shots with no bother.

The fourth was where we saw Ritson’s best work, fighting behind a tight guard and jab, peppering in straights and uppercuts when there were openings.

The worrying thing was, despite losing the round, Ponce was winning the war.

The fight was taking its toll on Ritson, Ponce dominating and walking through his shots, bullying Ritson in parts. The difference in class was incredibly evident. Ritson still likely European/fringe World level and Ponce right there amongst World level fighters.

As the middle rounds closed, to me Ritson needed a stoppage and nothing else to win. Ponce was not going to let that happen though.

His pace never let up, hurting Ritson whenever the two traded. He was getting through the guard with ease and bombing body shots in when he could.

The fateful and controversy was to come through. A body shot lands from Ponce early in the tenth and Ritson takes a knee. The towel was thrown in too.

Next Steps for Lewis Ritson

Ritson’s style at 135 (lightweight) worked, being a heavy hitter, dismantling the domestic scene with ease and early finishes. His style has limits though, seen in the Francesco Patera fight for the vacant EBU European title. Ritson couldn’t bully the savvy vet when he made the step up and lost a split decision. Since, he moved up a weight class to 140 and doesn’t seem to carry the same power as he did at 135, his bully style being found out by other heavy hitters at 140.

In my opinion, Ritson needs some time off to try some new things in the gym, then a few domestic level fights see how his new skills translate, adapting his style slightly to feel confident again at 140. Joe Hughes, Philip Bowes, a rematch with Robbie Davies Jr. are a few fights that spring to mind. I believe Ritson is almost there and at 27, still has a lot of time to learn and grow.

With his power, Ponce is going to be a problem for any A-side he fights. Josh Taylor, the Undisputed Champion at Super-Lightweight, has to fight Jack Catterall, his WBO mandatory, and his plan after that will be to vacate all his belts and move to Welterweight to fight Terence Crawford. If this is the case, the IBF will likely call Jeremias Nicolas Ponce to fight Subriel Matias, who himself recently won an IBF eliminator.

This fight, for the hardcore fans, is definitely a must watch, clash of two heavy hitters than will undoubtedly deliver an incredible firefight. Get that fight booked. 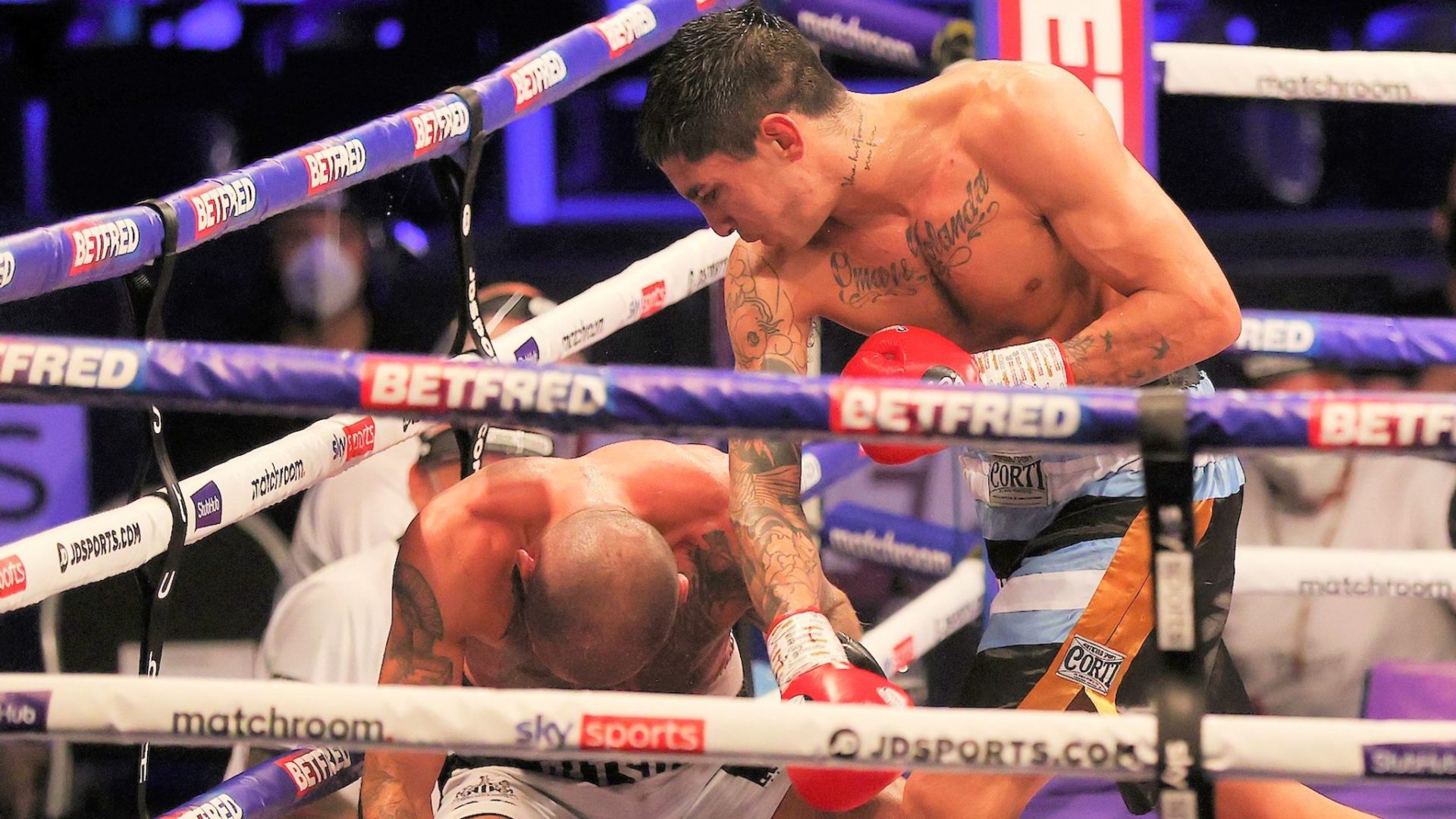