Since the January transfer window opened at the beginning of the New Year, Championship teams have been keen to get their business done early to help put themselves in the best position for the remainder of the season.

With the deadline ending on the 31st of January, we take a look at what players have moved to new Championship clubs in this first week and whether they are good acquisitions.

Let us know if you are happy with your team’s business and who you want your team to sign this window.

Dike has joined from American side Orlando City on a permanent transfer and West Brom fans will be hoping this is the striker that will fire in the goals. Putting the ball in the net has been the problem for The Baggies who have only managed to do so 31 times, which is the same as 16th place Luton Town. Top scorer Karlan Grant has scored nine goals this season but other forwards Callum Robinson, Grady Diangana and Jordan Hugill have only managed seven between them.

Championship fans and in particular Barnsley fans will remember Dike’s time in the league. The forward spent time at Oakwell last season where he managed nine goals in 19 games and helped Barnsley reach the play-off semi-final. Averaging a goal every two games, a strong target man with an eye for goal could be what West Brom need to help them make a promotion push.

Joining from Premier League side Aston Villa, forward Davis is hoping to add goals to a Forest side who have got their eyes on the play-offs. The 23-year-old has featured 73 times for Villa but only managed a disappointing three goals. His hard work off the ball does not go unnoticed and could prove to be a useful signing for manager Steve Cooper.

Forest captain Lewis Grabban has a respectable 10 goals this season, but it could be argued that he should have a few more. Back up striker Lyle Taylor only has three goals so Davis will be hoping to hit the ground running.

Similar to Davis, Connolly is more of the ballplayer and his hard work and running are his main attributes. Joining Boro till the end of the season, Connolly has struggled for first-team football this season and has only featured four times in the Premier League for the Seagulls. Having scored two goals on his first league start against Tottenham Hotspur, Connolly has struggled to live up to that potential but a loan move could be exactly what he needs.

Middlesbrough, who are just one place outside the play-offs, has scored 29 goals this season and top scorer Andraž Šporar has six goals to his name. Despite the Slovenian scoring in his last three games, a fresh face upfront is exactly what Boro need if they want to break into the top six.

A permanent signing from Bournemouth, Cook will bring experience and leadership to a Forest defence that has only kept six clean sheets. The former club captain of the Cherries made 349 league appearances and at the age of 30 will be keen to add plenty more with Forest.

Cook is able to play in a back three or four and could make his first appearance this Sunday as Forest host Arsenal in the FA Cup.

Mengi, who joins the Blues on loan from Manchester United, is a young quick centre back who will be hoping to gain first-team experience. Having joined Derby County last January, his loan was cut short after suffering an injury a couple of months later.

The 19-year-old has featured in the Champions League this season and will be hoping he can make an immediate impact and help push Birmingham further up the table.

A young centre back who has caught the eye for League One side Fleetwood. At the age of 19, he has already made 43 league appearances and following the departure of Cook, it seems a great signing from Parker.

Bournemouth, who have the third-best defensive record in the division this season, seem to have a settled back four, but Hill will be there to take his chance if any injuries occur. He will also be able to learn from Gary Cahill and others who have bags of experience at the elite level.

Another young Manchester United defender is heading out on loan but this time to Bournemouth. Laird, who was on loan at Swansea City, impressed massively at right wing-back and has joined the league leaders till the end of the season.

Laird is a quick defender who reads the game very well and this could prove to be a great signing for The Cherries.

These are all the transfers that have happened in the Championship so far. There have also been a few players that have left the league to join elsewhere. These players are listed below:

It will be interesting to see how these players perform at their new clubs and come the end of the window see what other business Championship clubs have done. We will be posting regular updates as the month progresses. 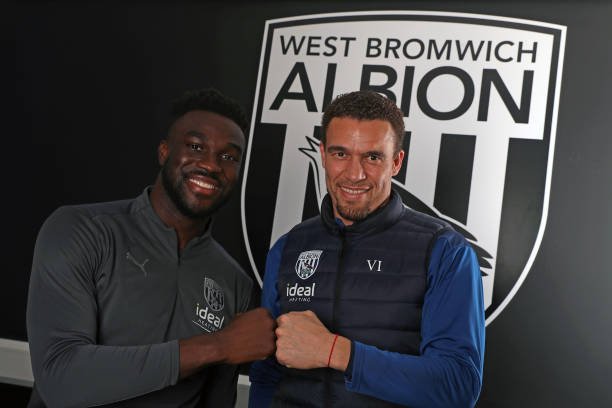