Deontay ‘The Bronze Bomber’ Wilder recorded the 20th first-round knockout of his career against Robert Helenius on Saturday evening. With the hard-hitting phenomenon back in action, many are salivating at the prospect of him stepping back into the ring against a number of top-level Heavyweights.

Many questioned how Deontay Wilder would respond to the major setback that he faced, after coming off second best in his trilogy with WBC Heavyweight Champion Tyson Fury.

Wilder faced an in-form opponent in Robert Helenius, after spending a year out of the ring since his knockout defeat last year. However, Deontay answered the critics in some fashion as he knocked out Helenius on the weekend, adding another opponent to his trademark first-round knockout list.

With such a devastating knockout, Wilder has further elevated his status amongst the top-ranked heavyweights, as many are desperate to see the ‘Alabama slammer’ in multiple heavyweight clashes.

The first of which starts with a relatively new addition to the heavyweight division, Oleksandr Usyk. The Ukrainian shocked the world, as he defeated Anthony Joshua twice in a convincing fashion.

The champion called out Wilder before his bout with Helenius, to which Wilder responded after the fight: “It was a great fight and who’s next? I’ve been hearing rumours about [Oleksandr] Usyk but I see he’s not here.

“Most of the time guys say they want me and they come to shows of mine, they knockouts out like that they turn the corner.

“I’m ready for whoever, whether it’s Andy Ruiz or Usyk, bring it on. Deontay Wilder is back, the excitement in the division is back.”

The prospect of a fight between Usyk and Wilder would be mouthwatering, as the two styles clash perfectly for a scintillating spectacle. Wilder’s earth-shattering power against the masterfully skilled Usyk would be a show you would not want to miss.

However, with only one belt out of Usyk’s hold [WBC title], it seems likely that the unification fight with Tyson Fury will delay Wilder’s chances of stepping in with Usyk right now.

A clash between ‘The Bronze Bomber’ and British superstar Anthony Joshua has been long awaited by boxing fans since both fighters acquired their heavyweight titles.

But with both sides claiming that the other side was not interested in making the fight a reality, both have suffered defeats in recent years and with nothing to lose for both fighters, there should be no barricades holding it back this time.

Although both have suffered defeats, the appetite to see this clash still remains high, as a fight between the two guarantees excitement, in what would certainly conclude in a knockout.

When speaking about this fight in a recent interview with BBC Sport, Wilder said: “I would love to do that fight in Africa… It’s still the number one fight in the world for everyone. Everywhere I go, people always talk about me versus Joshua.”

However, Anthony Joshua has just come off back-to-back losses against Oleksandr Usyk and may need a ‘warm-up fight’ to gain confidence before stepping in with the deadly former WBC champion.

Joe Joyce has made a name for himself since his stunning knockout victory over Joseph Parker last month.

Interest sparked all over social media after Joyce’s last bout, as his granite chin and constant work rate impressed once again, seeming unphased by the big right hands that Parker landed on him.

WBC heavyweight champion and former opponent of Wilder, Tyson Fury, believes that Wilder would “poleaxe” Joyce, to which Joyce responded by saying: “I think I could probably get up like he got up against Wilder, but I don’t fancy taking many, any of his power punches. But I think his style [Tyson Fury’s style] that he went and took him out in would be, that’d be my method of victory and it would be a great fight”

A fight between ‘The Juggernaut’ and Wilder has been called upon by many, as the possibility of a fight between the two splits opinion.

Joe Joyce is most popular for his ability to eat punches and still come forward, but this matchup against Wilder would be the ultimate test of just how solid his chin is.

With Deontay Wilder’s 91.3% knockout ratio and having knocked down every opponent he has stepped in the ring with, it poses a serious question of whether Joyce could get off the canvas when hit with that sledgehammer of a right hand.

However, the possibility of this fight happening next for Wilder is slim, as Joe Joyce has publicly stated that he has eyes on Dillian Whyte for his next contest.

The final and most likely candidate to face Wilder in his next bout would be former heavyweight champion, Andy Ruiz Jr.

Ruiz made a quick leap to recognition in the boxing world after his shock victory over Anthony Joshua at Maddison Square Garden, as he became the first-ever Mexican heavyweight Champion of the world.

Joshua however was able to avenge his loss in the rematch, winning unanimously by a points decision.

But with a victory over a former opponent of Wilder, Luis Ortiz, Ruiz has brought himself back to the top of the heavyweight table.

Both Wilder and Ruiz have stated their intentions of fighting each other in recent times, further indicating that the two could just be on a collision course toward each other.

Ruiz is a fighter that likes to trade with his opponents due to his reach and speed, meaning he would be going into this fight as an underdog, as Wilder possesses the most lethal punch in the sport.

With Wilder and Ruiz both being under the PBC and promoter Al Haymon, this fight would have very few obstacles to cross to be made, making it a strong possibility that the two could face off against each other in their next bout. 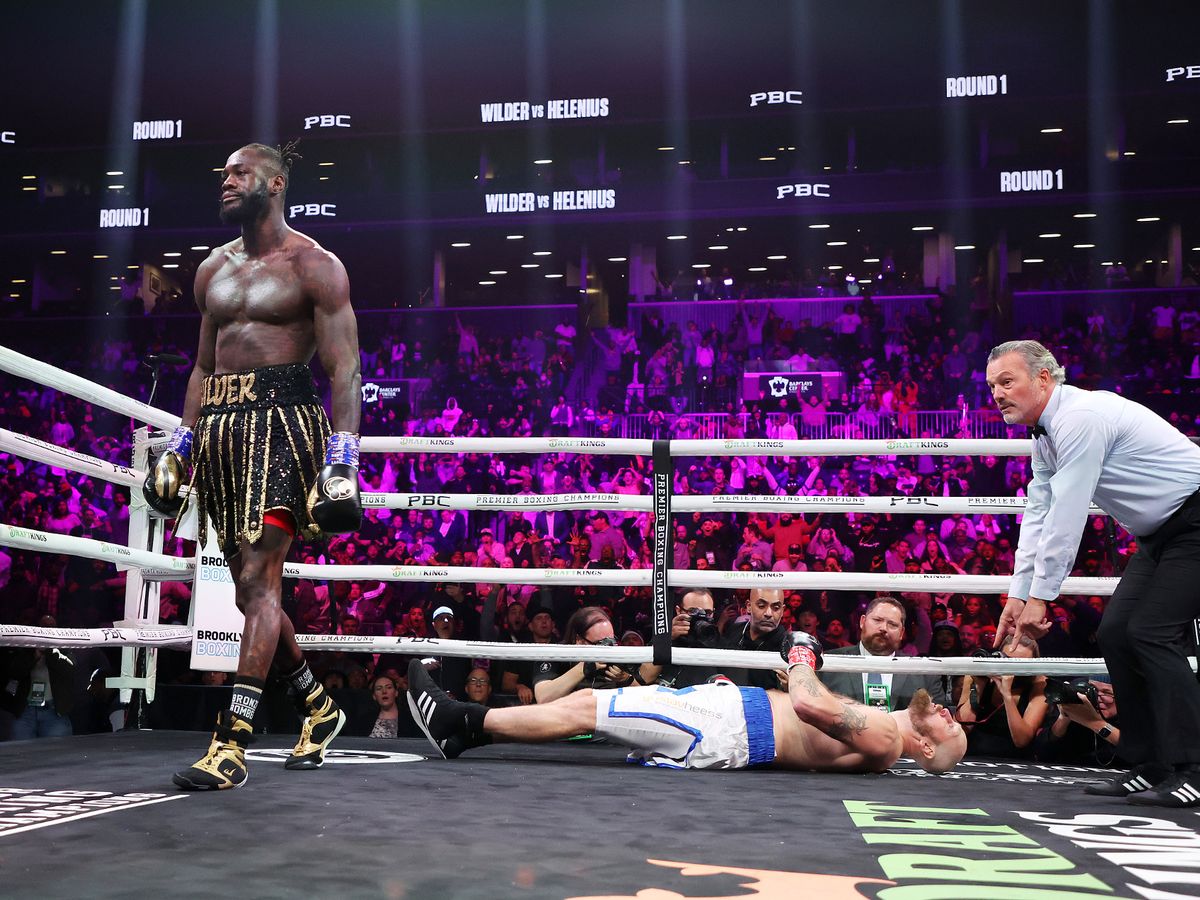