We all already knew the talent that both these teams possess; they wouldn’t have gotten to this point had that not been the case. Both have pitching rotations that any team would salivate over and both the Mets and Dodgers have a NL Cy Young candidate in their rotations, Jacob de Grom and Zack Greinke (respectively). Both teams have respectable batting orders.

The Dodgers boast names like Adrian Gonzales, Yasamani Grandal, Joc Pederson, and Justin Turner. Meanwhile, the Mets reinvigorated their batting order post-deadline, and boast names such as Yoenis Cespedes, Lucas Duda, Daniel Murphy, and David Wright. Moreover, both teams possess great managers in Don Mattingly and Terry Collins. So talent-wise, this series proved to be noteworthy before it even began.

Both teams came this far by beating out highly touted teams such as the Washington Nationals and the defending champions, the San Francisco Giants. Whichever team comes out of this series the victor will have earned it because this series is sure to be a competitive one.

Now, another reason this series will be an instant classic is because of all the drama coming into it and the drama that has been created in just the first two games. Firstly, on the Mets side drama had been brewing since the beginning of September surrounding Matt Harvey and his post-season status. On the influence of his doctors and agent, Harvey’s September campaign was limited in order to prevent any potential injuries heading into the post-season. Clearly Harvey will be playing today as the starting pitcher for Game 3, but his relationship with the Mets is deteriorating and it’ll be interesting to see what happens in the coming two seasons. Harvey’s very affordable contract is coming to an end and with the stupendous rotation the Mets have without Harvey, it’ll be interesting to see if the Mets choose to retain the contract of a man they have had recent issues with.

However, the biggest drama and the most notorious story going into Game 3 is that of the Chase Utley slide into New York second baseman, Ruben Tejada, which cracked Tejada’s right fibula, ending his post-season run before it really begin, putting a damper in the Mets’ depth chart, and potentially, but hopefully not, ending Tejada’s career with the Mets. I say that because Tejada’s only real value to the Mets is his fielding.

He’s not very good at bat and if he fails to recover from this injury he may never play for the Mets again. Its a serious situation that came off a dirty slide from Chase Utley. Utley has a history with questionable slides, more signficantly he’s had a prior questionable slide with Tejada himself. Utley and the Dodgers’ organization seemed to take this issue lightly until it was announced on Sunday that Utley will be suspended for Games 3 and 4.

However, due to his appeal of the suspension and the Union’s right to take 14 days to prepare, Utley may likely still play in games 3 and 4. All that considered tonight’s Game 3 is a must-watch. It’ll be interesting to see how the Mets handle the situation, especially if Utley plays. A second baseman himself, Utley ought to keep his head up tonight in case of a little Mets vengeance.

Though revenge may be on the Mets’ mind in the form of a dirty slide or stingy pitch, the Mets would be smart to avoid such a revenge. The  best revenge the Mets can have tonight is to beat the Dodgers and be one step closer to moving on to the NLCS for the first time since 2006. 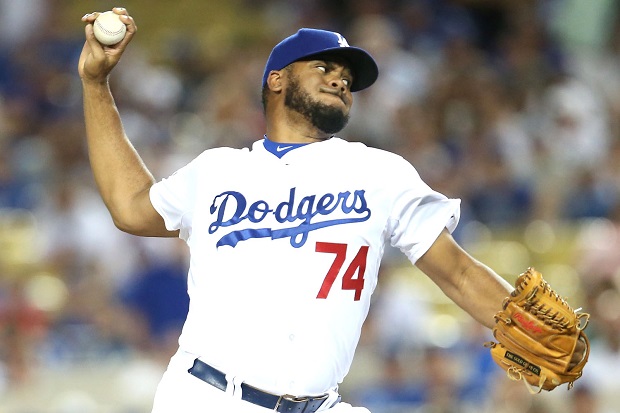