Joey Logano completed one of  the most dominating performances of his young career, leading a career-high number of laps en route to a win in the Chase for the Sprint Cup’s second round. The win, his fourth of the season, advances him to the third round regardless of what happens at Kansas Speedway and Talladega Superspeedway. In 13 previous starts at Charlotte Motor Speedway, Joey Logano led only 20 of 4,627 laps, had no wins and had a best finish of third.Kevin Harvick kept his string of strong results alive with a second place finish.

“If those are the off days, we’ll be just fine,” Harvick said. Martin Truex Jr. finished third — his career-best eighth top-five of the season — but wasn’t breathing any easier about his Chase hopes.

“Logano is the only one who is going to sleep the next few weeks,” Truex said. “We still think we need to win next week.”

The top six finishers were Chase drivers as Denny Hamlin finished fourth and was followed by Kurt Busch and Carl Edwards.Matt Kenseth, who came to Charlotte with a pair of wins in the past four races, had a terrible afternoon.Kenseth’s race began to unravel when he missed his pit stall and fell back to 20th on a restart. From there, racing in traffic, he had contact with Ryan Newman that sent him into the wall.

It was the first of many brushes with the wall for Kenseth, who also had to serve a penalty for too many crewmen working on his car during one of his stops for repairs.Busch collided with Kyle Larson under caution at the pit road entrance and finished 20th. Earnhardt suffered body damage following run ins with the wall, which led to tire issues throughout. He finished 28th.

Jimmie Johnson, who was eliminated from the Chase last week, was the best of the Hendrick cars but suffered a mechanical issue late in the race and finished 39th. 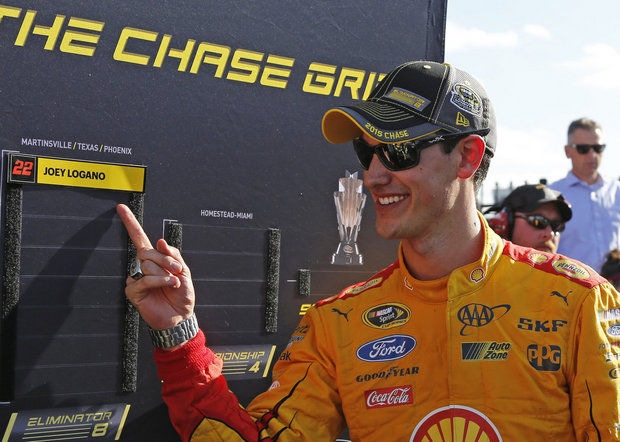