On the 22nd of July 2022, Arsenal officially announced the signing of Oleksandr Zinchenko for a reported fee of £32 million.

Let’s take a look at why I believe this was a very astute piece of business by The Gunners.

Some rival fans have criticised the club for paying £32 million for the Ukrainian – suggesting that he does not warrant such a fee. However, this is not a train of thought I can follow.

Arsenal needed reliable competition for both Kieran Tierney and Granit Xhaka, with Tavares seemingly not being trusted and a lack of options for Xhaka’s specific role in Arsenal’s midfield becoming an issue. In Zinchenko, they have a solution to both of those problems in one player.

Therefore, Zinchenko’s move to Arsenal can essentially be looked upon as two separate £16 million signings. Which, in today’s market, is actually a bargain for a player of Zinchenko’s calibre.

Recently, Arsenal have switched their focus from players that seem to already be in their prime, to younger, hungry players who still have their best years ahead of them.

In fact, since the summer of 2021, they have only signed one player over the age of 25, and with the signing of Zinchenko, they have continued that trend.

The focus is on young players who have a hunger not just to improve, but to win silverware. Zinchenko definitely ticks that box. He won a total of 11 trophies during his stint at Manchester City, including 4 Premier League trophies, and I am sure that those experiences have whetted his appetite, and he will be eager to have more successes at Arsenal.

Versatility is nothing without quality and as I mentioned, he can be deployed at both left-back and in central midfield. But more importantly, he can operate in both of these positions to a high level.

This means that Arsenal have not signed just a backup player to the two in question, Tierney and Xhaka, but rather, signed a player who could very well start ahead of them; especially Tierney who tends to miss large parts of the season through injury. However, the numbers suggest that even when Tierney and Xhaka are both fit, they could still find themselves slightly lower down the pecking order now that Zinchenko has arrived.

I’ll start by comparing his defensive statistics to those of Tierney’s in the 2021/22 Premier League campaign, using SofaScore.com as my database.

Tierney averaged 0.8 tackles per game, which is impressive. But, despite playing in a team that sees more of the ball, Zinchenko averaged 1.3. This suggests that Zinchenko would offer Arteta a more combative option at left-back. Zinchenko also averages more interceptions per game (0.9) than Tierney (0.7), highlighting the Ukrainian’s effectiveness in a team that likes to press the ball.

Tierney does win a higher percentage of his duels (52%) than Zinchenko (48%) as well as being a more effective 1-on-1 defender, with Zinchenko on average being dribbled past 2.2 times per game. Defensively then, Zinchenko and Tierney can go toe-to-toe with one another, which is a good thing for Arsenal, as it means that both will need to be at the top of their game to ensure a starting spot ahead of the other.

Zinchenko may have the edge in attack, however, completing, on average, 1.1 key passes per game. Tierney, on the other hand, falls just short of that figure with 0.9 key passes per game. Once again, the differences are marginal, but it demonstrates that Zinchenko is just as good of an option, if not better in some situations, than Kieran Tierney.

Thomas Partey, Mohammed Elneny and Sambi Lokonga all compete for the same position in Arsenal’s midfield, meaning that Xhaka has very rarely had any real competition for his specific role. However, that has now changed following the arrival of Zinchenko.

Last season, Granit Xhaka saw an impressive 87% of his passes reach their target, however, Zinchenko recorded an accurate pass percentage of 91%. There is an argument to be had that Zinchenko has more time on the ball at left-back, in turn making it easier for him to complete his passes. This, however, isn’t the case and when looking at their respective heat maps, it becomes evident that they both take up similar positions on the pitch, even when Zinchenko is deployed at left-back.

According to FBREF.com, the Ukrainian’s passing seems to be penetrative too. Although over the course of the season Xhaka completed 47 more progressive passes in total, Zinchenko actually played more per 90 minutes (8.45) than Xhaka (5.60). This suggests that deploying Zinchenko in the ‘Xhaka role’ at Arsenal could actually help the team move the ball up the pitch quickly more often, and with better precision too.

Zinchenko is clearly good enough to compete for starting positions at both left-back and in central midfield at Arsenal, which is likely to lead to better performances from both Tierney and Xhaka in the process.

As a result, I do believe that Zinchenko is a very good signing and will be a huge success at the North London club, especially when you factor in his age and leadership qualities too. 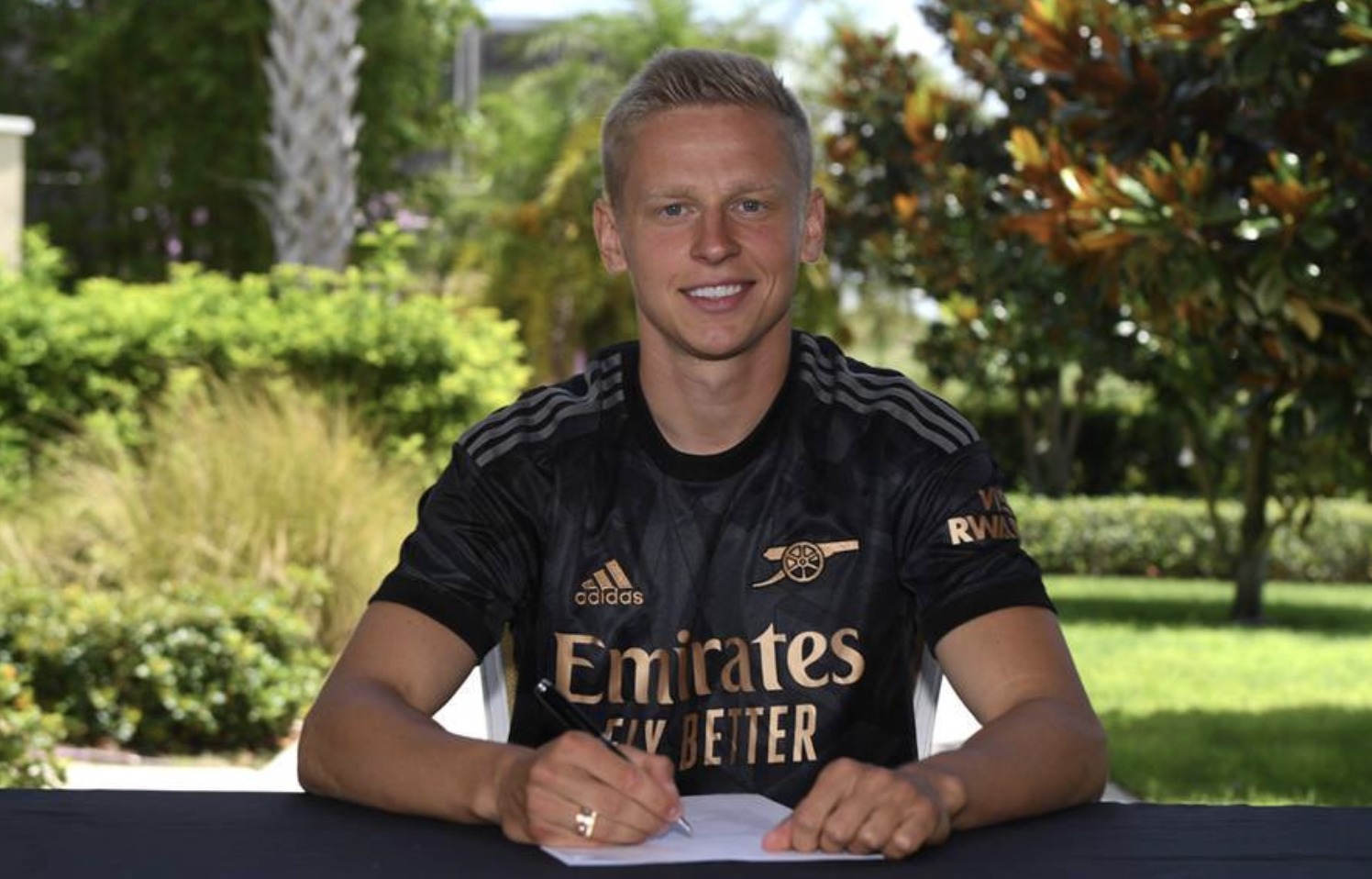