Another week has come and gone in the Premier League and the frontrunners are starting to emerge while some trouble in paradise may be brewing at Old Trafford. It was a week to forget for Jose Mourinho and his men while Tottenham continued their hot start to the season with their third win from their first three games. Meanwhile, Arsenal finally got off the mark thanks to Nacho Monreal and left-back turn substitute striker Danny Welbeck and a collective sigh of relief could be heard around The Emirates Stadium following the win over a listless West Ham. So who stood out the most and who flopped? Read on to find out.

Mauricio Pochettino made Premier League history this off-season, but not exactly for the right reason. Spurs became the first club to not sign a single player in the Summer transfer window, with the Argentine manager locking up Harry Kane, Son Heung-min and Erik Lamela to new long-term deals instead. While many criticised him for not bringing in new players, one of the new faces who joined prior to the end of last season was Lucas Moura from PSG. The 26-year-old grabbed a double at Old Trafford and terrorised the United defence all evening, also drawing what should’ve been a penalty on Phil Jones.

The last time Tottenham won at Old Trafford was on January 1st, 2014 and Spurs typically don’t have a fantastic record when travelling away to the Red Devils. Their record away from home against United is so poor that Moura’s two goals made him the all-time leading scorer for Tottenham players at the Theatre of Dreams.

Moura arrived at the club in January but after a full pre-season with the club, Pochettino is with the Brazilian’s performances thus far.

“It’s easy to say now it was fantastic the improvement. Of course that is another example that when the player arrives in the middle of the season it’s not easy to get them to good performances.

“It’s not easy to explain to you or our fans that we need patience and to wait to get the best from our players, after a pre-season and to have the possibility to show their quality. He is showing his quality. I am so happy, he’s a great guy and he brought the team different skills, different alternatives and the most important thing is to find a different place to how he was finding in Paris last year. I think it’s to find the best place to help him to perform in the way that we want.”

With Lucas Moura our first winner of the week, unfortunately the loser is naturally Jose Mourinho who makes his second appearance on the list in as many weeks. From an unbiased perspective, the 3-0 scoreline is certainly not indicative of the performance Manchester United gave with numerous missed chances ultimately costing the Portuguese manager. While the loss certainly hurts, what actually earned Mourinho his spot here was his comments made after the game.

The 55-year-old has always been known to be rather eccentric, but the comments made following his worst ever loss at home certainly didn’t do him any favours. When asked what he thought about the fans leaving early, The Special One didn’t hold back:

“I’m frustrated but I’m happy with the players and the performance. We created more chances today than in the majority of our matches.”

Admittedly, Mourinho has been at odds with the executives of Manchester United, repeatedly making it clear he needs another centreback and some more players to bolster the squad so they can compete at the level Mourinho wishes. But it’s hard to justify this stance when so much money has already been invested into the team. Astonishingly, the United board are looking to re-sign Anthony Martial despite Mourinho insisting that the Frenchman isn’t good enough for the club.

“What was the result? 3-0. Do you know what this means? 3-0, but also means three Premierships, and I won more Premierships alone, than the other 19 managers together. Three for me, and two for them.

He then walked out of the press room, repeatedly saying: “Respect!”

As much a win for Spurs fans as it is for Heung-Min Son. After defeating Vietnam 3-1 in the semi-finals of the Asian Games, the South Korean may soon be exempt from national service… if his side can defeat Japan and win the gold medal. If they fail to defeat the Blue Samurai, Son will be forced to complete the mandatory 21-month military service.

By law, any able-bodied Korean male aged between 18 and 35 must complete the national service, but any athlete who wins an Olympic medal or Asian Games title is exempt from said service. South Korea are the current Asian Games champions however Son wasn’t in the 2014 squad because his former club Bayer Leverkusen refused to release him for the tournament. The competition isn’t formally recognised by FIFA which means that clubs aren’t obliged to let the players go.

Spurs fans will be glad to hear that Son has a great chance at staying with the club and it would be an interesting situation should the South Korean be forced to leave the side for nearly two entire years. But the 26-year-old isn’t letting the pressure get to him just yet.

“We are so close to gold. We fight for that. I don’t need to say anything, I am ready for that.

“We deserved to win, we had lots of chances to score. I think we are better players so we dominated the game.”

After a bright start to the Premier League season, Everton have hit a Richarlison-sized speed bump which could potentially their early season form. The Brazilian was shown a red card for a soft headbutt on Bournemouth defender Adam Smith and will miss the Toffees’ next three games. The Brazilian has been instrumental in their games so far, scoring three goals and causing all kinds of havoc when taking on opponents. The red card was dealt to him just before Brazil announced that the 21-year-old would receive his first cap with the squad.

Whether the red card was deserving or not continues to polarize fans, but a three-match suspension will undoubtedly force Marco Silva into a reshuffle at the worst possible time with Yannick Bolasie leaving to Aston Villa on loan. The Portuguese manager will have plenty of things to consider, but former Everton player Leon Osman stands by the referee and his decision:

“It’s rather discreet, a little movement with the neck and they come together after Smith said something.

“He definitely goes to headbutt him and the referee spotted it. From Richarlison’s point of view, he’s got a lot to learn there.

“He can’t react like that because he heard a voice in his ear.”

The 21-year-old would go on to apologise on Twitter, but not-so-subtlely left out Adam Smith from the tweet.

“I know I’ve made a mistake and there’s some lessons to learn about yesterday… And I’m learning on the hardest way.

“I apologise to my club, team-mates and fans.”

It was a great weekend for goalkeepers with Martin Dubravka and Mat Ryan pulling off some fantastic saves despite losing efforts from their respective teams. Ben Foster reminded also Watford fans that he still deserves to be their first-choice goalkeeper and even Petr Cech managed to turn back the clock and prevent West Ham from extending their lead. You’ll need to find some match highlights to view these saves but it was certainly a good week to be a keeper.

It was a week to forget for the young American. While he did pick up the assist on Newcastle’s goal against Chelsea, he also got the final touch on a wayward Marcos Alonso shot. The deflection would end up in the back of his own net, handing Chelsea the three points while condemning Newcastle to another game without a victory. The Toon are still winless to start the season after falling at home to Spurs, drawing with Cardiff and just being piped at the death by Chelsea. The 25-year-old was also the subject of some controversy when he grabbed the assist for Newcastle’s goal.

When bringing the ball down from the air, Yedlin elbows Olivier Giroud in the face. While the Frenchman was certainly hurt, it would be hard to argue that Yedlin intentionally wanted to hurt the former Arsenal striker. Why would anyone want to hurt such a gorgeous human being? Chelsea fans were fuming that the goal stood as Giroud was taken out of the play entirely, giving Yedlin plenty of time and space to swing in a cross to Joselu for his second goal of the campaign.

To make matters worse, Yedlin also had his Instagram account hacked by some football fans who said that he apparently had a password that was very easy to guess. What a week…

Check out more football news here and let me know your thoughts on Twitter. 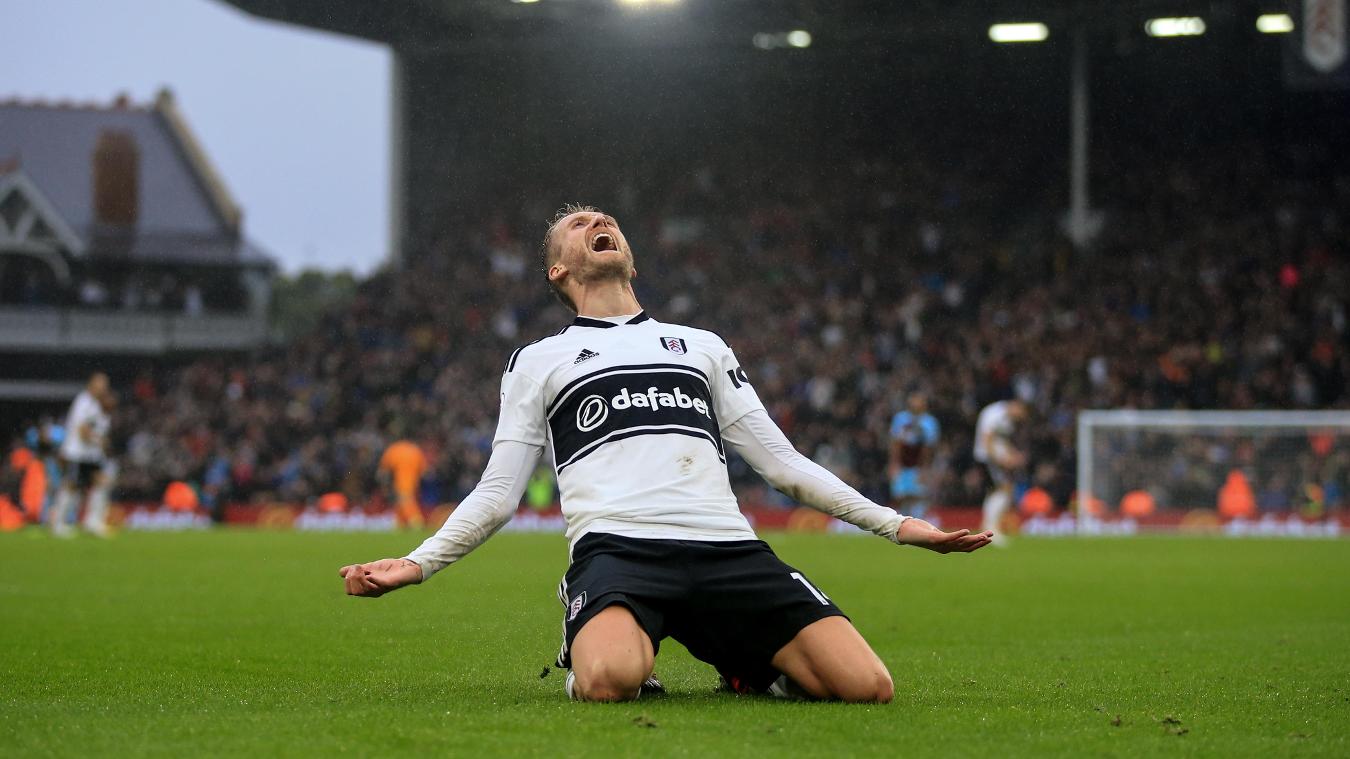