With the international break right around the corner, some Premier League sides will be glad to have the week off, giving them a chance to hit the reset button and get their season back on track. But some teams won’t be so delighted to have the week off with Watford, Chelsea and Liverpool all flying high as they look to maintain their winning start to the season. We’re only a month into the Premier League season but there’s plenty to talk about as the Hornets look to replicate the magical run of Leicester City from the 2015/16 season. Can Javi Gracia’s men do the unthinkable? Who knows. But find out more as we break down the winners and losers from this week of Premier League action.

Very few people predicted that Watford had the credentials to beat Tottenham in their fourth match of the season. Many said that they’ve just had an easy run so far and Spurs would be the real test of character. Well it certainly was a test, one which Javi Gracia’s side passed with flying colours. An own goal from Abdoulaye Doucoure gave Spurs the lead just eight minutes into the second half but two goals from set-pieces allowed Watford to secure the victory.

A new-look Troy Deeney grabbed the first while Craig Cathcart bundled home the winner in the 76th minute. The Hornets maintained their winning start to the season and Javi Gracia was more than pleased following the victory.

“Everybody is happy because to get four wins in a row is not easy and we are enjoying it, the players, the supporters. It’s a big moment for us. Knowing it’s only the beginning.”

“Knowing it’s only the beginning” is a phrase that will excite Watford fans who will feel they finally have a settled team they can get behind.”

For the second week in a row, a player has been sent off for lashing out with his head. Richarlison was shown red last week against Bournemouth and this week the unfortunate victim is Marcus Rashford, who retaliated to a rough challenge from a Burnley defender only to see himself sent from the field. While the headbutt came in the 2-0 away win over Burnley at Turf Moor, the young Englishman certainly didn’t do himself any favours and may find himself on the wrong side of Jose Mourinho. He did apologise soon after the incident on Twitter.

“Emotions got the better of me, I shouldn’t of reacted like that. Sorry to everyone at the club and all the fans”

When asked about the incident, Mourinho was relatively and uncharacteristically diplomatic about the situation.

“I would say it was naive. It was a kid and a very experienced man. Bardsley’s been in the game for 20 years and Marcus is a naive boy.

“In that action, the only thing I can say is that probably the experience of Bardsley against the impulse and naivety of a guy that is in top football for about three years but is still a young kid.

“Harsh? I don’t know. It could be a yellow card for both and keep going.”

A 2-1 win over Japan in the 2018 Asian Games ensured that Heung Min Son would avoid military service and can resume playing with Tottenham in the Premier League. The 21-month compulsory military service was made redundant for the side after they secured their second gold medal in as many Asian Games. While the military policy is currently under review by the South Korean government, many feared that Son would be forced to temporarily abandon his career as a footballer. But the 26-year-old was more than grateful for the victory:

This is certainly something that Liverpool fans knew was coming, it was really only ever a matter of time. Fortunately the mistake from Alisson didn’t cost the Reds the game but it certainly made things interesting with just under half an hour still to play in the match. The 2-1 victory for Liverpool ensured that they also maintained their winning start to the new season and Jurgen Klopp was unsurprisingly frank in his assessment of the blunder.

“He is 0.0 per cent arrogant, but he’s confident and he can do it. It’s like when our centre-halves play passes.

“They have to play passes and defend and all that stuff. I don’t look for anyone responsible, the final one was Alisson but we should have cleared the situation before.

“It wasn’t a situation where you pass the ball back. We make decisions in a second and in a second you realise, ‘That was the wrong one’.

“I think that was this situation. To be 100 per cent honest I am really happy it happened, because we don’t have to wait for it now.”

The Belgian forward bagged both goals in Manchester United’s win over Burnley over the weekend, taking his total to three for the season. While it’s still early days, Lukaku doesn’t looked like the player he was last season. Whether it’s just sluggishness from the World Cup or just a lack of match fitness, Lukaku was letting the team down in a number of different areas. After his critical miss against Spurs last week, the double over Sean Dyche’s men was exactly what the Belgian needed.

His double came just a day before he insisted that Jose Mourinho is “really cool” behind-the-scenes.

“So when you lose, you get angry, you get upset. So for him… when he’s upset, he’s a type of person that you can really see that he’s mad or angry. So I think this is normal.

“We make jokes. He would send me like sometimes good advice, or funny videos, some stuff like that. So he’s really a family guy. That’s how I know him,” he said.

“We have a good relationship. I think it’s nice to play for him.”

Weird to think of the two of them sitting down to watch meme videos together.

Unfortunately we welcome West Ham to the losers section with yet another underwhelming display, this time losing 1-0 at home to Wolverhampton. The Irons are now without a win from any of their first four games of the season and speculation continues to swirl regarding Manuel Pellegrini’s future. Having signed an abundance of quality players, the majority of which are significantly underperforming. The 1-0 loss has again prompted fans to turn on Pellegrini, who didn’t mince his words addressing the issue:

“We knew before we started that we had a tough start, seven difficult games.

“I don’t think it is a bad start, it is a very bad start.

“We can’t lose six points here at home like we have. Playing away against Liverpool and Arsenal, if you don’t play so well is understandable. Here at home to lose we must be very worried.

“On the training ground we are doing well, no lack of attitude.

“We have to take that work during the week to a game where there is that added pressure. It is just four games, we won’t stop fighting now. We are just starting and will resolve that problem.” 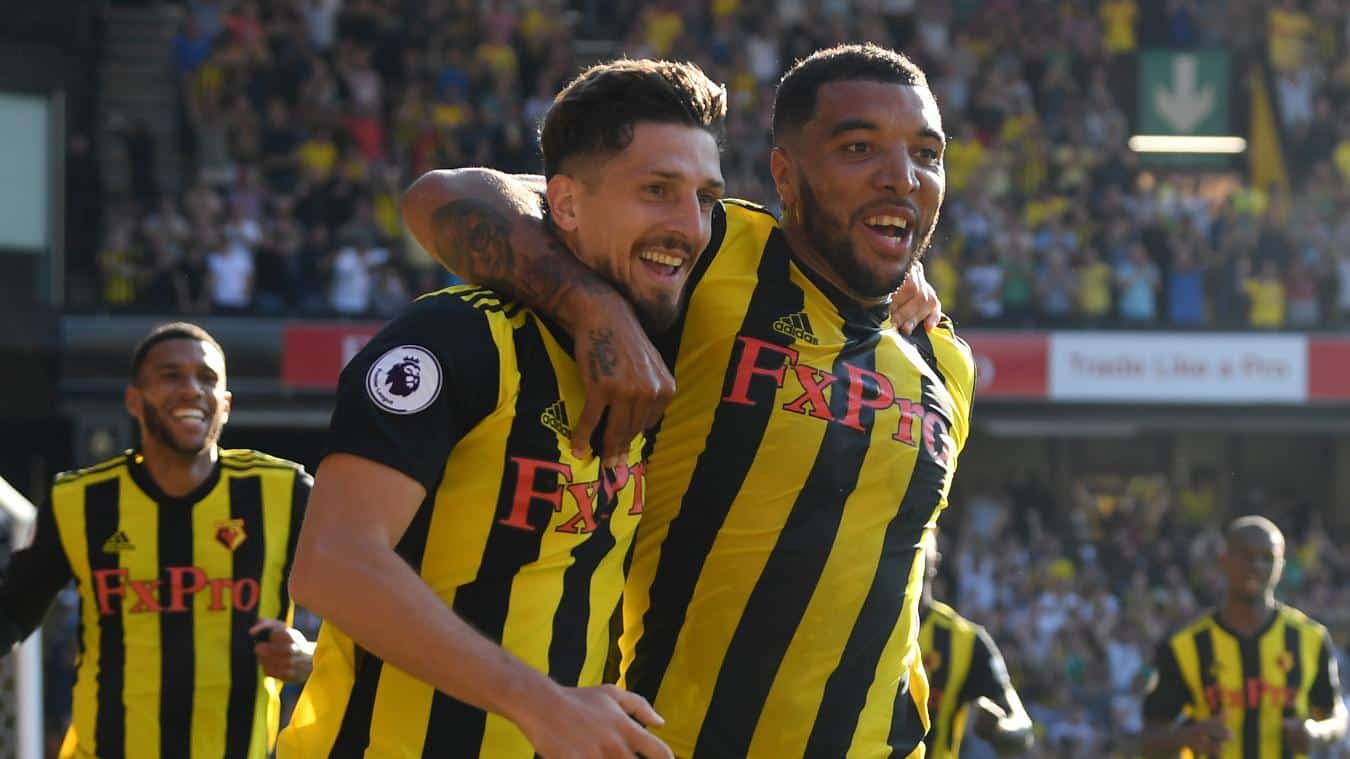