The Elimination Chamber is arguably one of WWE’s most innovative match-types. Combining elements of the Royal Rumble, Hell in a Cell, and Survivor Series, this chain construction is brutal and merciless on competitors.

Usually, the steel structure provides a great spectacle, with a minimum of six WWE Superstars taking wild bumps and performing insane moves (Jeff Hardy and John Morrison: take a bow). Since 2010 the match-type has received its own eponymously titled pay-per-view (PPV); this has often been the PPV before WrestleMania. Elimination Chamber usually provides a good setup for the biggest wrestling PPV of the year.

In recent years, unfortunately, WWE has created one glaring issue. This is not with the match type itself, rather… the booking. See, the Elimination Chamber should be one of WWE’s most unpredictable, we have seen a lack of surprises in recent years. Elimination Chamber is one of those match types that need twists. If you have a clear winner from the offset (and the win itself is not satisfying), then what is the point?

Since the stellar 2017 match, we have seen the steel structure eight times from 2018 to 2021. Out of those eight matches, one was to crown new champions, three were for a guaranteed title shot and four were title matches. This sounds like a pretty good balance of scenarios. However, we have seen not one new champion crowned, apart from one of the 2019 matches, which guaranteed the first-ever WWE Women’s Tag Team Champions, Bayley and Sasha Banks. To make matters more concerning, the three Superstars who received the guaranteed title shots failed to capture the gold.

Most of the recent Elimination Chamber matches have been great in all fairness. The 2019 WWE Championship and 2020 SmackDown Tag Team Championship bouts were sublime. Conversely, the matches from 2018 should have had different winners. One was Alexa Bliss – who was a great champion – but entered an odd feud with Nia Jax for WrestleMania 34. Nia Jax was the babyface going into that match but was a much better heel in WWE.

Roman Reigns was the second winner inside the Elimination Chamber in 2018, who faced Brock Lesnar in WrestleMania 34’s infamous main event, which had fans leaving Caesars Superdome early. This feud is much more entertaining now, but few fans wanted this main event in 2018, instead preferring Braun Strowman as the man to face Lesnar.

Part of this predictability is due to Elimination Chamber’s placement in the calendar year. Being in-between Royal Rumble and WrestleMania limits the potential to do something different. After all, these are two of the big four PPV’s in WWE. Even so, WWE has gained a reputation in recent years for consistently failing to push young talents and create stars. Elimination Chamber matches have the potential to build stars. Unfortunately, the potential is not capitalised upon enough in the Royal Rumble, let alone its preceding PPV.

In the 2000s, there were a number of fantastic turns that added suspense inside of the Elimination Chamber. From Edge’s shock elimination in one match and victory in another back in 2009 to Shawn Micheals breaking into the Chamber and costing the Undertaking his World Heavyweight Championship; the steel structure is a perfect place to do something unique.

So what can be done to up the intensity and twists? WWE could consider changing its place on the calendar to offer an element of unpredictability in the results. For example, using Elimination Chamber as the PPV before Summerslam could work. Replacing the Money in the Bank PPV – which usually happens in June or July – with Elimination Chamber seems like a sensible choice.

Building stars inside the steel structure is possible and Kofi Kingston is living proof. While his run with the WWE Championship was pretty bland, it was far from his fault. Again – and this is a common theme – the booking was disappointing. Nevertheless, why not let an up-and-coming talent get a couple of eliminations against talents who will not be damaged by a loss? Austin Theory, Riddle and Liv Morgan would be perfect for this role in the upcoming matches. Time will tell but making the men’s match all about Brock Lesnar will be a waste.

Perhaps I will be wrong; perhaps WWE will do something different at the 2022 matches. It will be interesting to see who walks out of the women’s match with a title shot against Becky Lynch at WrestleMania (hopefully Bianca Belair). However, the men’s match could be frustrating. Do you think Elimination Chamber should take place somewhere else in the calendar year?

Take a look at some of the other pieces on the World in Sport site:
Diogo Jota is enjoying the best season of his career

Six Nations Round 2 – What Can We Learn From an Explosive Round of Tests?

Root To Bat At Three In 1st Test 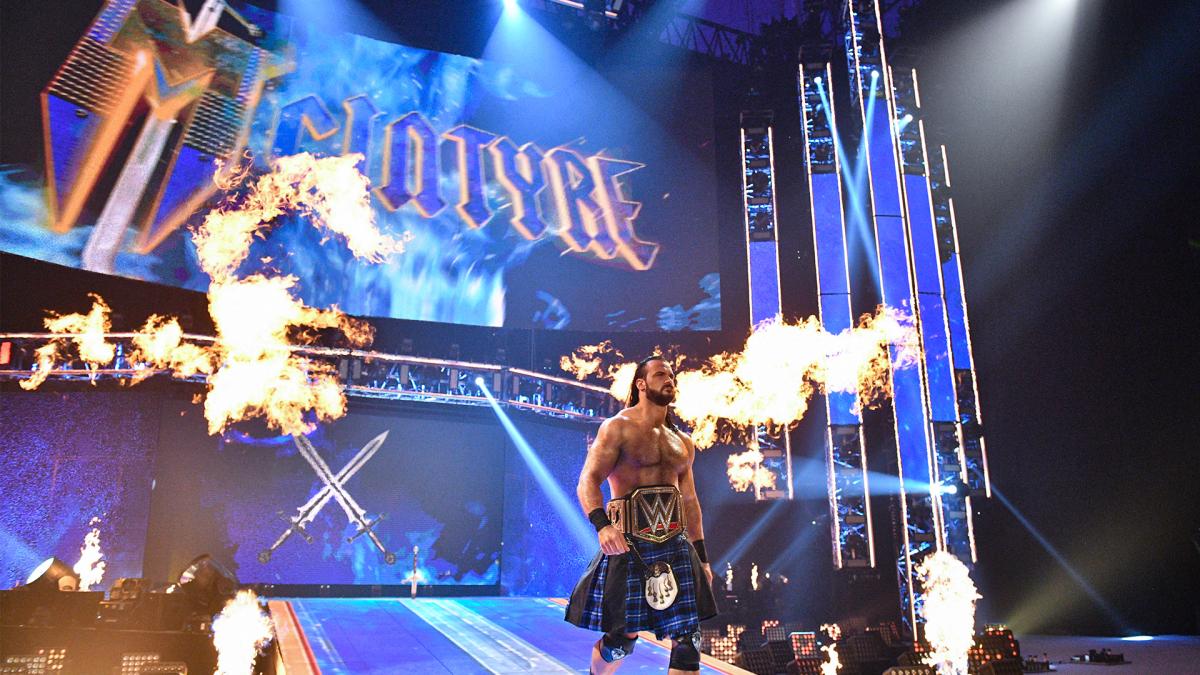