When Diogo Jota was announced as a new signing by Liverpool in the summer of 2020, it took many people by surprise. Supporters were still celebrating the capture of Thiago Alcantara, a transfer saga that had arduously dragged on throughout the off-season, but it’s fair to say Jota snuck in through the back door unexpectedly.

It was hard to gauge what to expect from the former Wolverhampton Wanderers striker. Yes, he had put in some outstanding performances during his time in the Black Country, but was he really ready to make the step up to one of the Premier League’s elite sides?

You bet he was. Jota took to life at Liverpool like a duck to water, and if it wasn’t for a couple of injury setbacks he endured last season, he would have posted even more than the 13 goals he registered in all competitions.

This season he has ascended to another level, and has already notched 17 strikes for Liverpool. With so much of the campaign still to play, that is a hugely impressive figure, and Jürgen Klopp’s side have relied on the Portuguese international to chip in with goals as the strike rate of both Sadio Mané and Roberto Firmino has declined.

Indeed, Jota stepped up to the mark when Mané and Mohamed Salah were off at the Africa Cup of Nations, chipping in with vital goals to ensure that Liverpool stayed within touching distance of league leaders Manchester City. Pep Guardiola’s side may still be the runaway favourites in the Premier League winner odds, but Jota has helped Liverpool stay on their coattails.

The latest demonstration of his talents came in the 2-0 home win over Leicester City, in which Jota bagged both goals on the night. The first was an example of his poaching instincts, as he pounced on a Kasper Schmeichel parry to smash the ball into the net and give Liverpool the lead, after Virgil van Dijk’s header had been saved by the Dane.

Then, as Liverpool toiled for the second goal that would kill off the match, Jota popped up to seal the deal. Joel Matip’s poked pass found him in a tight pocket of space, and Jota swivelled brilliantly before firing the ball past Schmeichel and into the bottom corner. The three points were wrapped up, and Liverpool had Jota to thank for helping them deliver on the pre-game EPL predictions.

The 25-year-old is just one goal away from equalling his best-ever scoring season, and he is the latest example of a player moving to Liverpool and realising his potential. The club has an uncanny knack for identifying players that can improve in a short space of time, and Jota has been a revelation since his arrival.

His ability to pick up dangerous positions in the penalty area, turn on a sixpence and fire powerful shots at goal makes him hugely dangerous. He is also remarkably good in the air considering his height, possessing a great ability to rise above defenders and time his headers to perfection.

This season, everything has come together for Jota, and while he might not make the headlines in the same way as Salah and Mané, he is just as valuable to Liverpool in terms of his contribution. 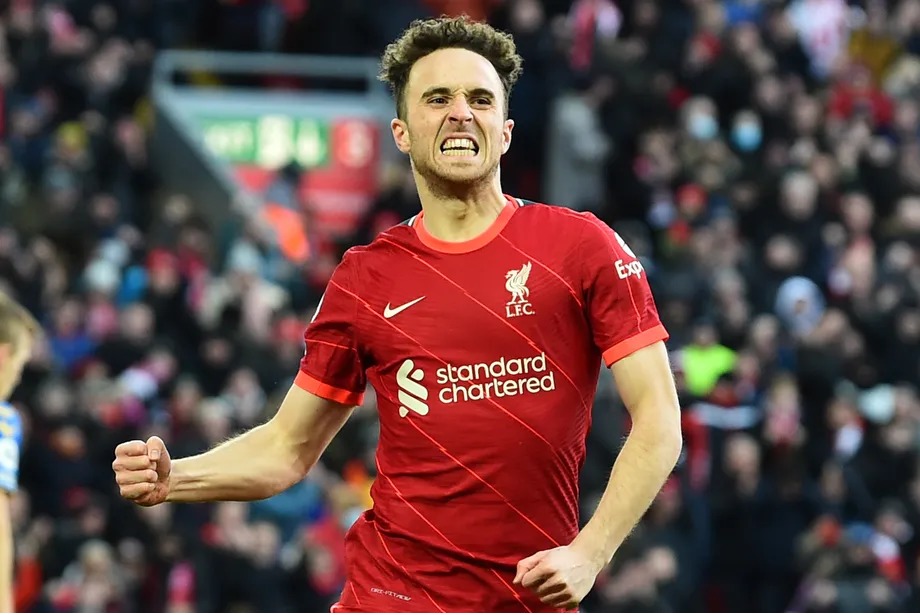