Mikel Arteta’s Gunners make an early exit from the FA Cup as they were beaten by Championship side Nottingham Forest.

Lewis Grabban’s goal in the 83rd minute was enough to see Forrest through to the Fourth Round.

This was also the second time that the Nottingham side has knocked the North London side out of the Cup, the first was in 1996.

Prior to the match, the Gunners announced that they would wear an all-white kit to support actor Idris Elba’s Campaign against knife crime in London.

Forest’s game plan, was spot on against the Premier League side. they stifled Arsenal of any room all over the pitch, and more importantly, they were brave in an attacking sense as well with their debutant Kienan Davis proving to be a nuisance for Arsenal’s defenders.

Arsenal did have their chances to score, particularly when Eddie Nketiah mistimed a free header, that saw the ball sail across the face of the goal and wide of the post.

But those chances proved to be costly, as Forest’s late winner, was enough to book their place in Round Four of the FA Cup, setting up a date with Brendan Rogers’s Leicester City.

It seems as though we saw shades of the Arsenal who were struggling for form at the beginning of the season. Inconsistency in performance and results against the big six seems to be the biggest issue with the team at the moment.

Before their League game against Premier League Champions, Manchester City, it looked as if Arteta had finally found the formulae to their success, as the Gunners were unbeaten in their last five games before their clash with the League Leaders.

It may not be the case, but it looked as if the match against City and the postponement of the League Cup, tie seem to have messed up their preparations, as their performance, particularly in the first half, was lack-lustre.

It doesn’t help when you have payer absentees due to reasons such as the AFCON and injuries, but did they really look up for it in this game? is a question to be debated.

The Gunners boss summed it up in the post-match interview.

“It’s really hurting,”  “It’s a competition that is very related to our history and to get out of it today is a big bump.” “I’m really disappointed with the performance, first of all. Not with the attitude, but how much purpose we had and what determination we showed to change the game when it’s difficult to play against [them] and the way they play. We needed more drive, more hunger to win at any cost in every single action, much more. We were not there at our level today.”

The Gunners’ last hope of getting silverware this season, now leans on the EFL Cup, however, standing in their way is Jurgen Klopp’s Liverpool in the semi-finals. The first leg takes place on Thursday at Anfield. this is followed by the North London Derby, before the return leg at the Emirate next week. They also have the small matter of facing their North London rivals in the League on Sunday.

We may only be passed the halfway point of the season, but just we thought that the Gunners had begun to salvage their season, it all seems to be going a little pear-shaped for the Spaniard’s side, but there is still plenty to play for, including a place in Europe.

Can the Gunner salvage their season? 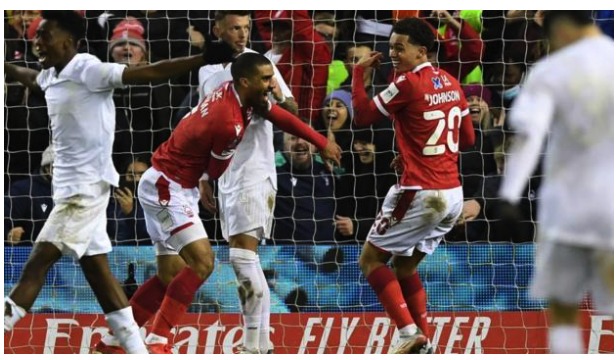