Kyle Busch held off Kyle Larson to win his third race of the season at New Hampshire on Sunday. The victory books Busch a spot in the round of 12 of the NASCAR playoffs as well as five bonus points once the round begins

The playoff standings were rattled abit,as both Kurt Busch and Kevin Harvick were heavily damaged. Harvick’s car was hit by Austin Dillon on the last lap of the second stage. Harvick spun and smoke covered the track,affecting the drivers vision to the traffic ahead.Kurt Busch, slammed into Harvick,hurting his playoff hopes.Martin Truex was not able to escape the wreck unharmed,receiving damage,he was able to salvage a respectable 5th place finish.

“That was pretty intense,” Kyle Busch said after winning. “You couldn’t see anything. There was just a wall of smoke. My crew chief told me to stop, which seemed like a good idea. I just checked up as much as I could and tried not to get wrecked from behind.”

Playoff drivers filled the top five spots: Larson was second, followed by Matt Kenseth, Keselowski and Truex.Larson and Brad Keselowski have advanced on points to the second round.Austin Dillon, Ryan Newman, Kurt Busch and Kasey Kahne are the bottom four drivers in the playoff standings.Kahne received a penalty for deliberately causing a caution and lost several laps making repairs.

“We were working hard,” Kahne said. “We got really loose that first run and then got control of the car. And then it was really tough to pass, but we worked our way back up and were passing for 12th when that happened. Who knows how the final restarts go and all that, but we were making gains.

Its off to the Monster Mile at Dover International,as we close up the final race for the round of 12.Only 8 spots are left, Ricky Stenhouse Jr. currently holds the 12th and final spot in the standings,in a tie breaker over Austin Dillon.Ryan Newman is only a single point behind those two drivers,so I expect Dover to be very tight. 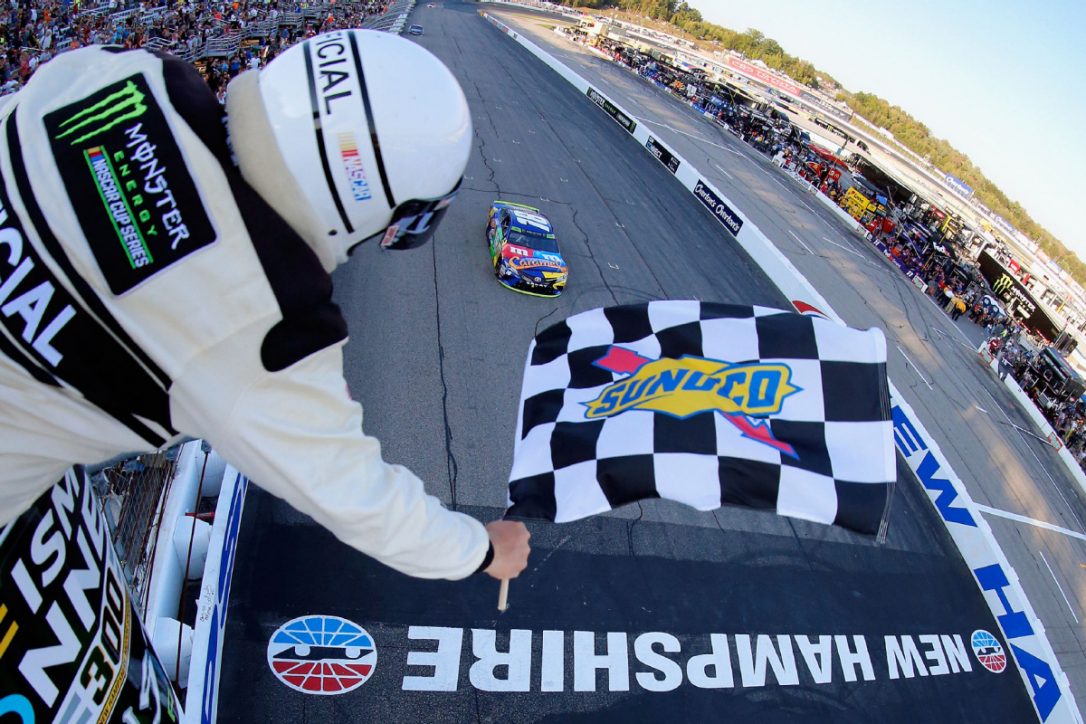