Chase Elliot just needed one more lap to finally get that coveted first Cup win,but Kyle Busch had other ideas.as he managed to make a clean pass uptop Chase and not look back from their.Chase was having a hard time,getting out infront of Ryan Newman,this hurt his lead,Busch,took full advantage.Jimmie Johnson finished third, followed by Martin Truex Jr. and Kyle Larson rounding out the top five.

“I gave it away,” Elliott said. “I should have done something different. So that’s on me, and he (Busch) did a better job than I did. At the end of the day that’s what it comes down to. Man such a bummer, such a disappointment for my team. I really don’t really have a whole lot to add.”

Busch now has won two playoff races inarow and is only 18 points behind Truex in the playoff standings. As every playoff point gets added to a drivers total in trying to move forward into the Playoffs in late November for the final-four in Homestead.Getting a victory mind you is the ultimate goal regardless,as it atleast guarantees a Contenders safety for another round.

Weve trimmed the Championship Contenders down to 12 drivers, after Kurt Busch, Kasey Kahne, Austin Dillon and Ryan Newman were eliminated this past week at Dover.

“We’ve got to win Charlotte,” Busch said after winning in Dover on Sunday, looking ahead toward this week’s race. “Apparently, I haven’t won there before, so I need to go get that win and check that one off the list, and that will put us into the next round and we’ll go from there.”

Ricky Stenhouse Jr used some pretty sharp pit strategy on a caution to get himself some stage points,and ultimately it was enough to get him the two extra points needed to jump ahead of Ryan Newman and grab that finally round of 12 spot.

The first race of the round of 12,will be next Sunday,as we headup to Charlotte. 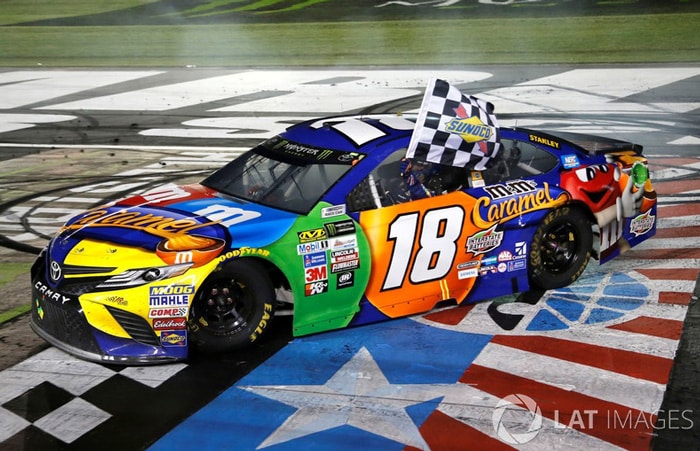