Nottingham Forest were comfortably beaten by the champions of England, Chelsea in the Carabao Cup by 5 goals to 1. Mark Warburton made several changes to the team that were beaten 2-1 by Wolves on Saturday. Stephen Henderson made his first since returning from an injury that kept him out for much of last season.

Forest started well, and Andreas Bouchalakis hammered a shot into Willy Caballero’s arms. Forest were in the game and were more than holding their own until the 15th minute when Kendedy met a cross that was whipped in by Antonio Rudiger with a well hit volley that Stephen Henderson could have done more to save. 4 minutes later Eden Hazard played through Michy Batshuayi who rolled past the helpless Henderson in goal. Forest had a chance to get back into it, when they were awarded a free kick right on the edge of the box, which Kieran Dowell hit the crossbar with. Chelsea made sure the tie was basically put to bed after 40 minutes when youngster Charly Musonda slotted home from close distance.

Eden Hazard crashed a shot against the post right after the restart, and the rounded the keeper but unselfishly passed to Batshuayi who rolled the ball into an empty net to make it 4-0. Chelsea scored there fifth after Kenedy’s shot came back off the crossbar and hit Batshuayi for his hattrick and put Chelsea 5-0 up. Forest did grab a consolation goal through Tendayi Darikwa, his first for the club. The final whistle went and Forest were out of the Carabao Cup. 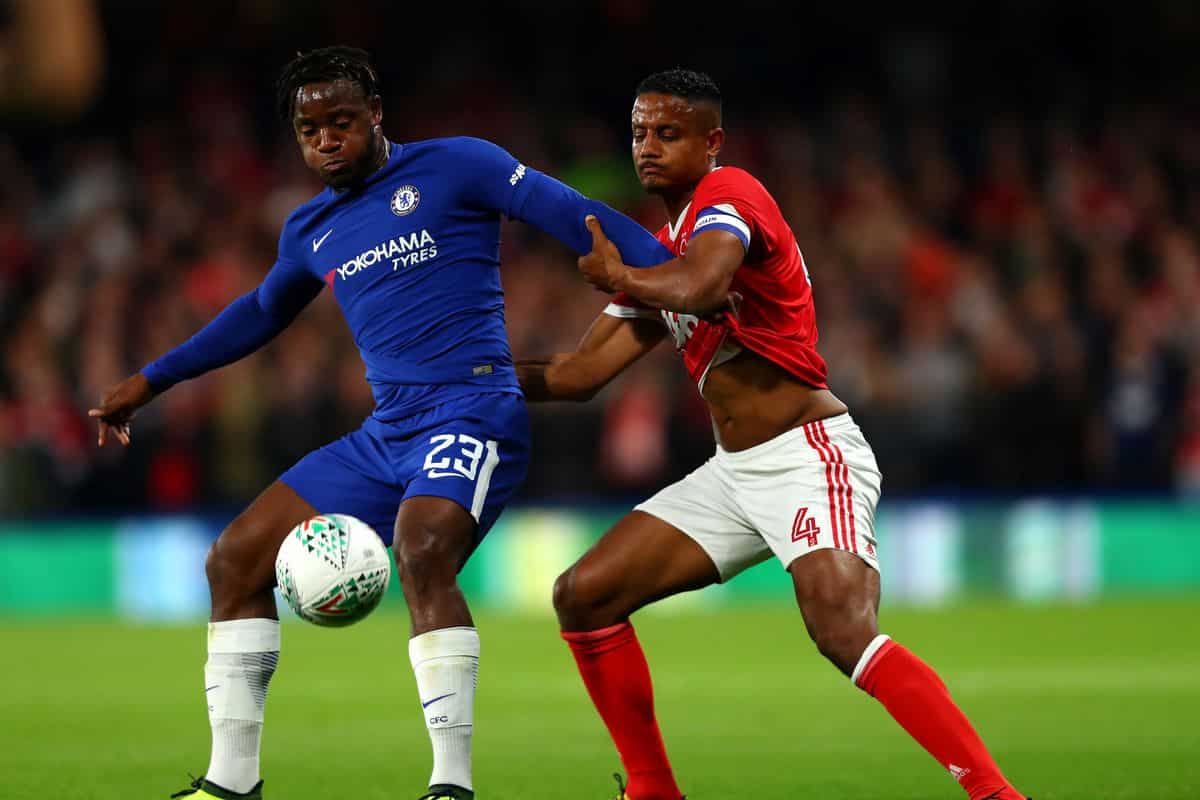