After ten days of intense action in the group stages, we finally know all Africa Cup of Nations Playoffs participants. 16 teams advanced to the second phase, while Zimbabwe, Angola, Tanzania, Kenya,  Burundi, Namibia, Mauritania & Guinea-Bissau saw an early exit. Only three teams have ended the group stages with a 100% win rate – Egypt, Morocco, and Algeria. Interestingly, bookies still don’t think any of these squads are favorite number one to win the whole event. Let’s see all playoff matches planned for this weekend.

Morocco vs Benin: We have high hopes for North African squad

Moroccans achieved three narrow victories in their respective group, but they were not so lucky when it comes to the draw. Benin was 3rd placed team in their bracket, but they didn’t lose one single match. All of them ended without a winner, so this team surely won’t be so easy to crack.

Morocco has so many young and talented players in the squad, led by Ajax’s superstar Hakim Ziyech. They didn’t show much during the World Cup 2018 in Russia, but truth be told it was a rough group alongside Spain and Portugal. They are led by famous expert Herve Renard, the only coach who won AFCON with two different nations. He was successful in leading Zambia and Ivory Coast to win the trophy.

Despite the slip-up and unexpected loss to Algeria, Senegal is still our favorite number one to win the tournament. Their performances against Tanzania and Kenya were extremely convincing. Uganda didn’t show much in Group A with Egypt, Congo DR, and Zimbabwe, but still won the 2nd place. ‘They don’t seem well organized, which is why we don’t think Senegal will have any issues here’ said Ethan Rowe, editor in chief of a Canadian Betting Sites comparison site.

Senegal was the best performing African representative at recently ended World Cup 2018, almost making it to the playoffs. There are plenty of players in their ranks who are members of high profile football teams in Europe. Aliou Cisse is the manager for four years now and his results overall are not bad. Of course, the star player is Liverpool’s winger Sadio Mane who got to this tournament just a couple of weeks after lifting the UEFA Champions League trophy. The current odds on Senegal to win AFCON 2019 are 5/1.

Egypt was not originally planned to be hosts of AFCON 2019, but it seems that change brought a lot of positive vibes to the squad after World Cup fiasco. The team stepped up in front of the home crowd and won all three matches in the group stages. The expectations are big once again. This squad has made it to the finals of previous AFCON two years ago but got defeated by Cameroon in the deciding match.

Pharaons are big favorites to advance to the 2nd round of playoffs against South Africa. Their opponents have lost two games in the first phase to Ivory Coast and Morocco, but luckily grabbed the third place thanks to a minimal 1-0 victory over Namibia. This squad looked impressive during the preparations though, having lost only one out of the last ten encounters prior to the big event.

When it comes to the star players, we are forced to mention another of Liverpool’s member and one of the best football players today – Mohamed Salah. Mo had two great seasons at Anfield, and he already played a big role in securing nine points for Egypt in groups. He is a team leader and has a massive impact on the squad. This team can make it far with help and professional advice of Javier Aguirre, a Mexican expert who took over recently.

Nigeria vs Cameroon: The Derby Match Is On

No one really thought we were going to see a duel between these two sides in the first round of playoffs. Cameroon did underperform slightly in their round. The defending champions secured five points and ending behind Ghana on the final standings. The only squad they managed to beat so far was Guinea-Bissau. As for the opponents, Nigeria underestimated Madagascar in the 3rd round, lost the match and first place in the group. They were victorious against Guinea and Burundi previously.

We are probably going to witness an intense match with many stars on the pitch. It will be interesting to see duels of Arsenal’s Alex Iwobi and Eric Choupo-Moting. 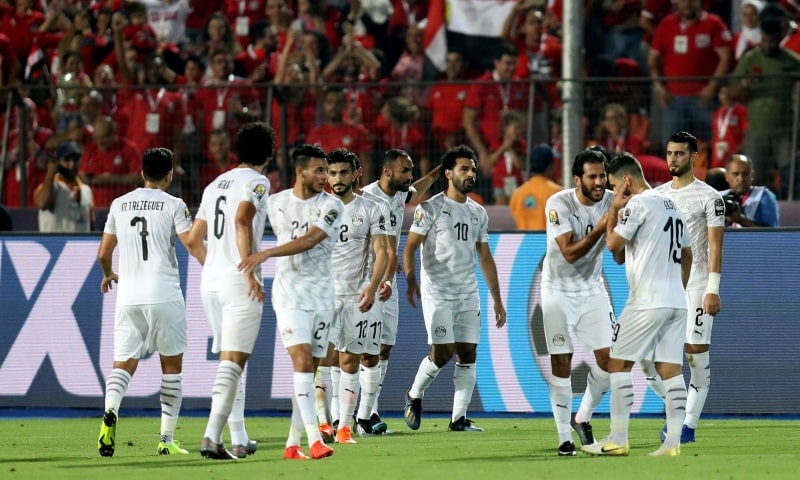