Nourdine Hmaimou is a name anonymous with popularity. In a very short span of time, he has developed a productive career. Born on 23rd of January 1999 in Aberfeldy, poplar, East London United Kingdom was born to play football. At a very young age, he showed his liking for football. He started playing football at the competitive level from the age of 10. He was part of the West Ham development team for two consecutive years. At the age of twelve, he was picked by Anwar Uddin to represent Sporting Bengal academy. He played there for two years before moving to SenrabFootball Club where he played five games. At the age of fifteen, he had trials at Charlton, Stevenage, Barnet and Sutton United. Though he didn’t taste success his raw skill was appreciated and noticed by many. He then went on to sign for Wealdstone U17/18 while being a regular player of Aberfeldy Football Club. This was the most important phase of his career.

The following season he was picked by Hendon football club. He played in the FA youth cup and enjoyed a long successful spell. During this tenure, he managed to stay focused despite the bad phases. Finally, in the summer he came across the milestone which he was waiting for. He got the opportunity to train with the national team and polish his skill. This opportunity also helped him to understand the game at the national level. He was more motivated and determined now. He was soon appointed the captain of the Hendon’s side. It was a natural choice to select him as the captain since leadership quality is something which attributes him. He has been a leader from a very younger age. He had captained the 6th form college football team throughout the two years. He was there, playing a big part in winning a traditional tournament held in the borough of Tower Hamlets between six other colleges. His calculative skill is derived from his knack in mathematics. His school’s teacher was apprehensive of Nourdinebecoming a great mathematician. Instead, his skill helped him to earn a reputation of a tactical player.

Nourdine’s biggest advantage is his physical built from an early age. At the age of 19, he is 5Ft 10inches tall weighing 60Kg. The center attacking midfielder is fast and agile on the field. He did his primary schooling from Culloden Primary school. Then my secondary school was from Langdon Park, and then he shifted to Langdon Park 6th form. He is currently studying three years course on football coaching and management from UCFB. He defines himself as a complete family man. He has been an active participant of both indoor and outdoor activities since childhood. He was the debate finalist of University College London. In secondary school, he was the winner of 1500m long jump and 4*100m relay race and high jump. He was also the top goal scorer in the 8th year of the secondary school team. He was adjudged players player of the year at West Hams Development when he was 11 years old. His journey is not fantastic but ‘foot-tastic’ and I wish him success ahead. 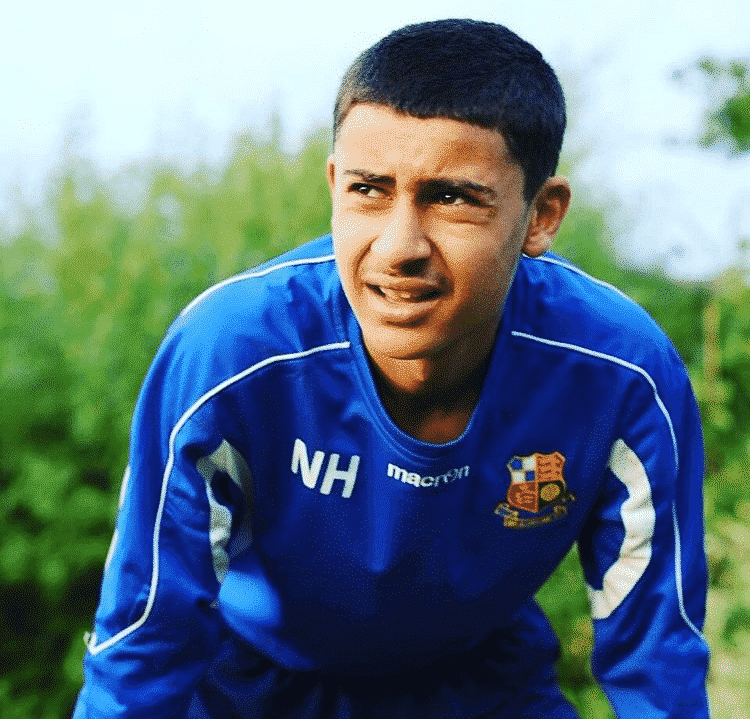