Reading has signed striker Andy Carroll on a short-term contract until the middle of January 2022.

The 32-year-old forward has been without a club since his contract at Newcastle expired this summer.

“This is a deal which we have been working on for some time and are confident it is the right move for both player and club,” the Reading manager, Veljko Paunovic, told the club’s official website.

We are delighted to announce the signing of former-Newcastle United striker Andy Carroll, who signs on a short-term deal until mid-January.#WelcomeAndy | #Royals150

“Andy is looking for a new challenge in his career and we need a player with his quality and vast experience. So this is a great match and I’m really looking forward to working with Andy over the next couple of months.”

Carroll, who has won nine England caps, scoring twice, posted a photo of himself holding up a Reading shirt and the club’s training ground, alongside the caption: “let the fun and games begin!”

The forward joins the centre-back Scott Dann and the midfielder Danny Drinkwater in a squad bolstered by loans and free transfers amid an ongoing transfer embargo.

Reading are 16th in the Championship but are set to be deducted between six and nine points by the Football League for breaching financial rules.

Reading are without a number of striking options through injury, including Lucas Joao and Yakou Meite.

Carroll, became Liverpool’s record signing in January 2011 when he joined the Reds for £35m from Newcastle on a five-and-a-half-year deal.

Injuries plagued his time at Anfield and he scored just six times in 44 league games.

Carroll re-joined Newcastle in August 2019 but started only eight Premier League matches under manager Steve Bruce in two seasons and was released this summer.

Carroll could make his Royals debut against Nottingham Forest on Saturday. 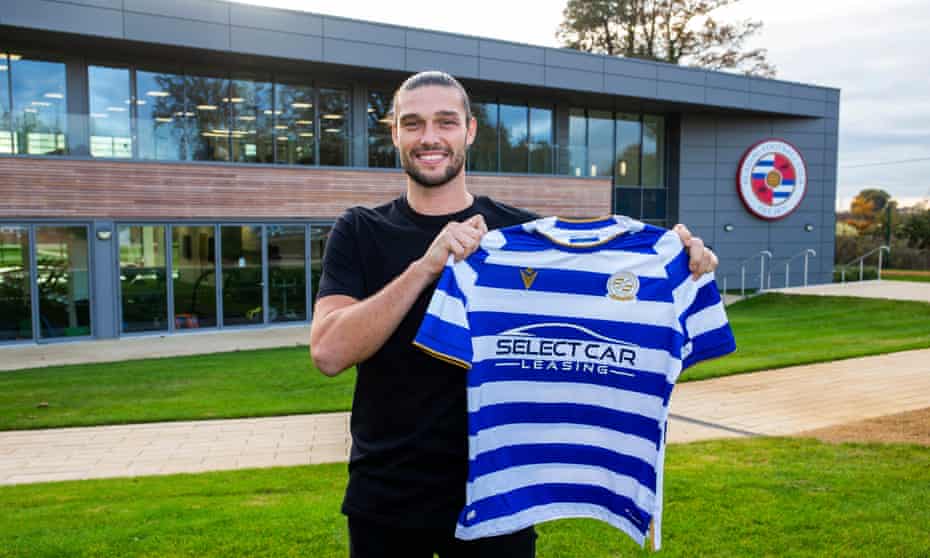