Sports lovers all over the world will agree that Football is one of the most beautiful game that mankind ever invented. It’s simple. Gather 2 sets of 11 players, let them battle for 90 minutes (+ few minutes of extra time) and the team with greater number on the scoreboard wins. Football looks simple only on paper.

It’s a game which is more important than life and death. So, when the stakes are so high then a small slip from anyone involved will cause a backlash and more so when it comes from a player representing a tradition on the football ground.

Angel Fabian Di Maria Hernandez is an Argentine player who is not to his usual self lately. The football jargon for this condition is ‘Bad run of form’. This became more evident when Di Maria was substituted at 59th minute last evening when Newcastle hosted Manchester United at St. James Park in their Premier league clash. With 25% cross completion and 33% dribble completion, Angel looks no good for the man of his talent.

Manchester United bought Di Maria for £59.7 million from Real Madrid and it became the record fee paid by any British Club. He was given the famous number 7 shirt, which was previously worn by legends like George Best, Bryan Robson, Eric Cantona, David Beckham and old teammate Cristiano Ronaldo.

He started on a bright side throughout September and October until he was substituted with a hamstring injury into United’s 3-0 defeat of Hull City on 29 November.

After returning from his injury in January, he hasn’t been up to the optimum level.

Angel is a world-class player bundled with pace, tricks & dribbles who is just going a rough patch in his career. This is a transition for him. New Country. New teammates. Different manager. Unlike Spanish league, Premier League is way faster and more physically demanding. It takes time for anyone to adapt to these changes.

Every World Class player experiences a time in his career when nothing seems to happen in his favor. He misses and falls, goes into that ‘BAD FORM’ but his talent, his desire and his class that makes him unique never abandons him. Angel Di Maria is that intriguing player who is going through all hell loose. His form may be jagged now but he will overcome it sooner or later. 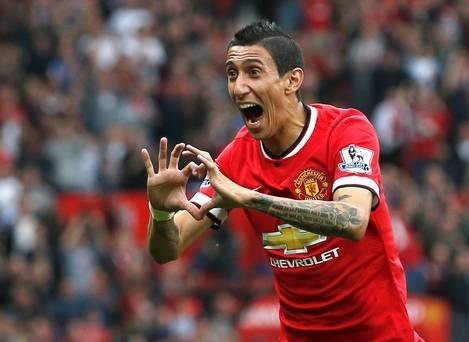 Angel is one of the catalyst among many players for success at Manchester United. No club will pay a record fee to bring a player who will eventually become a liability. Di Maria is no such player.

He will be the ingredient to Van Gaal’s success at Old Trafford. This is crystal clear from the fact that the manager picks him every week in the starting XI. Di Maria is just like the shooting star who may seem like falling, but is actually not. He is the star who is coming close to strike the surface and awe us with the brightness of his talent.

It is just a matter of few games when we can see the real Di Maria running down the left flank, beating players, twists and turns, and then striking the ball with that venomous shot into the top corner.

We will jump and shout in excitement when we will see our Angel running towards us celebrating in his trademark style, carving a heart with his hands and smiling with us. We will understand the meaning of the phrase ‘Form is temporary, Class is Permanent’. Angel Di Maria, our savior! Glory to Manchester United! 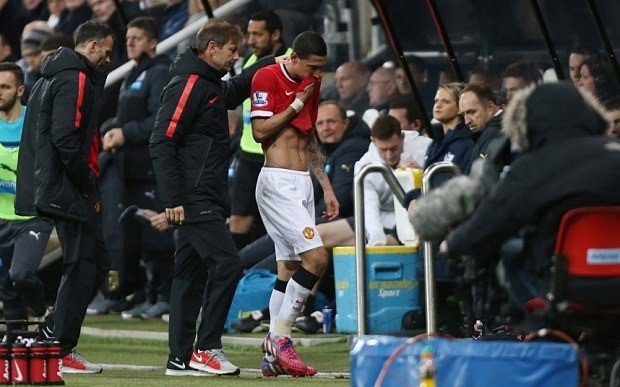