In last night’s ‘Big 6’ clash Arsenal lost 0-2 to Liverpool as the gunners failed to go 4 points clear of Manchester United. Though the predictions for this game matched the result the exact manner in which a likely Liverpool win would occur differed from how most envisioned it in a game that highlighted Arsenal’s shortcomings this season and quite frankly the repercussions of past decisions such as the winter transfer window.

During the game, while Liverpool was not at their best they ultimately didn’t have to be as Arsenal’s performance lacked any genuine threat except for one or two occasions. Arsenal had a decent first half against a Liverpool side which quite frankly were yet to wake up and despite this being the case Arsenal failed to capitalize on this and ultimately paid the price for it as Liverpool came out awake in the second and Diogo Jota and Roberto Firmino scored their routine goals against Arsenal to secure 3 points for the reds.

Again while this result for Liverpool was ‘expected’ how it was achieved is a big worry and eye-opener for Arsenal and their fans. The Gunners squad is extremely thin in terms of personnel and quite frankly quality with the squad lacking any real game-changers as we see there is rarely ever a plan B if plan A goes wrong for Mikel Arteta’s men and honestly, this is a predicament of their own making.

The lack of quality to turn to and overall the lack of quality in the side showed today highlighting the failure of signing anyone who could help make obtaining a champions league spot easier in the winter. Saka and Odegaard two usual quality players were nonexistent in the match and that hurt the side as Odegaard failed to make the team tick as he usually does leave that burden to Partey who was eventually snuffed out by Liverpool’s defending, while Saka was one of Arsenal’s highest scorers and reliable forwards didn’t provide any significant goal threat or create anything to help his team.

Signings have been the cause of most of Arsenal’s problems whether it be on the pitch or regarding bickering amongst the fanbase. Arsenal’s summer signings were scrutinized at the start of the season by fans such as myself but luckily for the most part I and other Arsenal fans like me were made to eat our words as the majority of the signings came well helping us to the position we currently are in but while this squad is a decent one it has been apparent especially against the top sides of the country that this squad’s ceiling is not as high as it should be or as we would want it to be.

To clarify I think this Arsenal squad can clinch top 4 given their consistency against other teams but I do not think the majority of the squad can reach any higher level in the future than what we are currently aiming for which is top 4 and even that won’t be certain as time progresses.

Apart from Thomas Partey I do not see any player in Arsenal’s starting 11 even starting for any top 3 side. I do, however, see some of our players with the potential to be on the level to do so such as Saka, Smith Rowe, and Odegaard. But honestly, when I look at the current Arsenal side I mostly see players good enough to play top clubs but not good enough to start for them or challenge them, and I would even go a step further and say I don’t think some of most of our younger players in the lineup will ever have the potential to truly do so.

ALSO READ:  Why Newcastle United are starting to turn the corner with Eddie Howe as manager
Embed from Getty Images

Now while I do not have lofty future expectations like others for this group of Arsenal players I do not think they should be all be sold in the summer or are completely bad business I do however think players such as Lacazette, Cedric, and Xhaxa who are all ageing and who’s arsenal careers have been marred with inconsistencies and poor performances are all players which arsenal should be looking to ship off in the summer and fill the positions they play with real quality.

Arsenal has a young side the average age is 25.3 but given the likelihood of the amount of football they would be playing in the future the squad is in dire need of summer signings of quality and experience especially if champions league football is obtained.

Everybody knows Arsenal are in need of a new striker in the one who can score goals but given the likelihood of Saka and Smith Rowe’s continued involvement in the first team one who can link up play well like we expect Lacazette to and also have a gas tank actually last a full 90 and keep up pressing when we don’t have the ball unlike Arsenal’s current number 9. Darwin Nunez seems a good fit he has been prolific for Benfica in the league, has a decent return in the UCL this season and he seems to fit the system Arteta would like to play.

ALSO READ:  The sanction on Chelsea’s owner puts the sale of the club in doubt

But while we were poor in attack poor defending ultimately cost us the game as it gave way to two goals. Ben White while he can be solid he can also very easily lose concentration and it isn’t a shock anymore when he gets bullied by top forwards and Gabriel has lapses of concentration and can be clunky on the ball. Honestly, the problems which I have named here should have been ironed out by the players themselves and the manager when they have been the highest level of football as consistently as they have, because as we saw top opposition punish as Liverpool did yesterday.

William Saliba is a man who I believe can solve this problem, a very talented young player who is still under Arsenal’s books who is fast, strong, and is always alert. The current problem lies with how he has been treated by Arsenal and him seemingly finding a home with Jorge Sampoali’s Marseille. Arteta would need to have important talks with the Frenchmen as he can prove very useful to Arsenal’s future such as saving money and allowing maybe for a player like White to experiment at RB a slightly less physical position which would match his attributes. 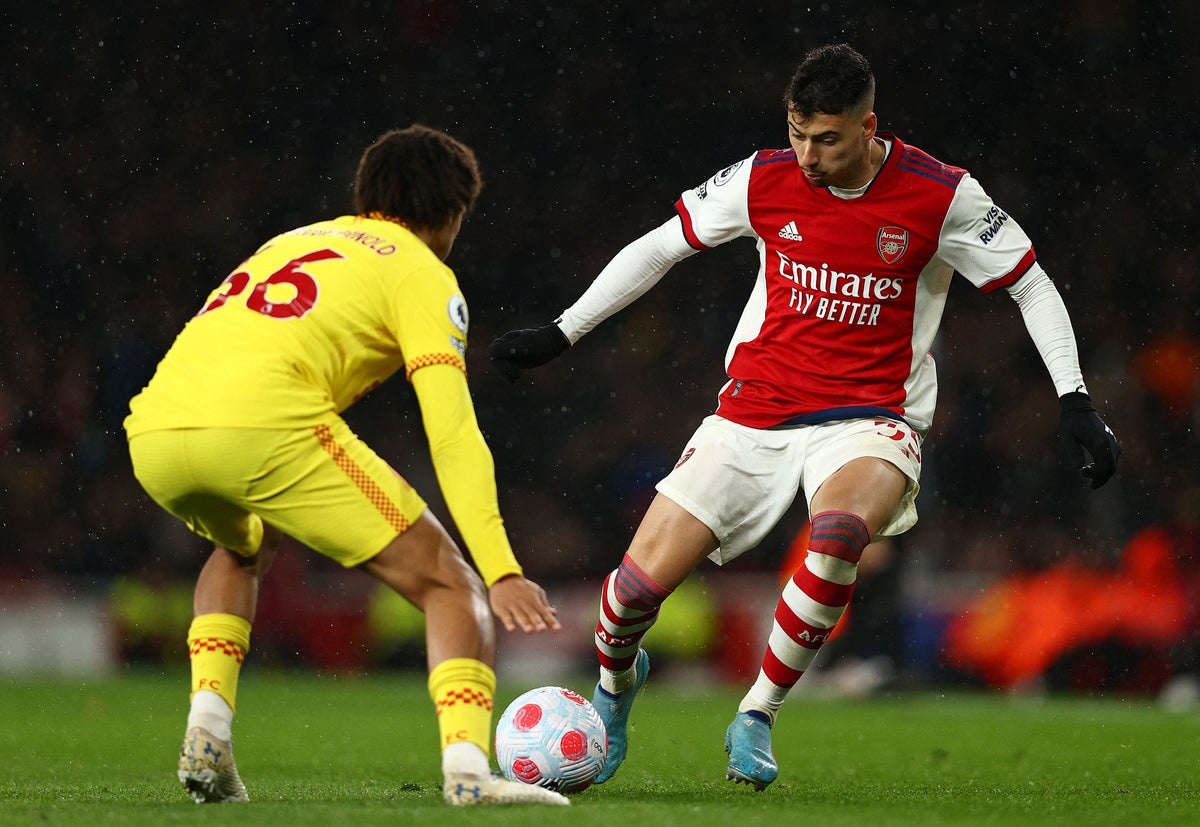