The Londoners are now one of the most in-form sides in the Premier League and are on a run of five league wins in a row. Mikel Arteta’s men are gunning for their first top-four finish in six years, last featuring there in the 2015/16 season.

Arsenal came out comfortable winners on the weekend beating Leicester City 2-0, with goals from Thomas Partey and Alexandre Lacazette.

While this could be a season-defining fixture for the Gunners, it could also have a significant bearing on Liverpool’s ambitions to dethrone Manchester City. After winning each of their last eight Premier League matches, the Reds have whittled down the gap on table-topping Man City to just four points and also have a game in hand.

Klopp’s side made the trip down south to Brighton last weekend and also won 2-0. A Luis Diaz header and a penalty from Mohammed Salah were the difference.

Emile Smith-Rowe recovered from illness in time to enjoy a 15-minute cameo in the win over Leicester, but Takehiro Tomiyasu’s calf injury will likely keep him sidelined once more.

Arteta’s inspired side did not pick up any fresh concerns on Sunday, and the Gunners boss will certainly be tempted to stick with an unchanged XI.

Liverpool have been handed a scare with Mohamed Salah after he left the Amex turf with a foot problem, and while Klopp does not believe the issue is too serious, the attacker has nonetheless emerged as a major doubt for the contest.

It also remains to be seen if Ibrahima Konate will shake off his knock in time to take to the field on Wednesday, but Klopp’s side are otherwise in good shape as Diogo Jota prepares to deputise for Salah.

For fans unable to make the trip to the Emirates Stadium, they will still be able to watch the game live on Sky Sports Main Event with kick off at 8:15pm.

Arsenal have the third best home record in the league and have not lost in this competition since New Year’s Day. With this being one of their games in hand they will be keen to increase their advantage over the teams below them.

As for Liverpool, they know a victory would mean they would be just one point behind rivals Man City. Diogo Jota has scored six goals in this fixture for Liverpool and will be hoping to add to his impressive tally.

We expect a tight affair but Liverpool just to edge it. 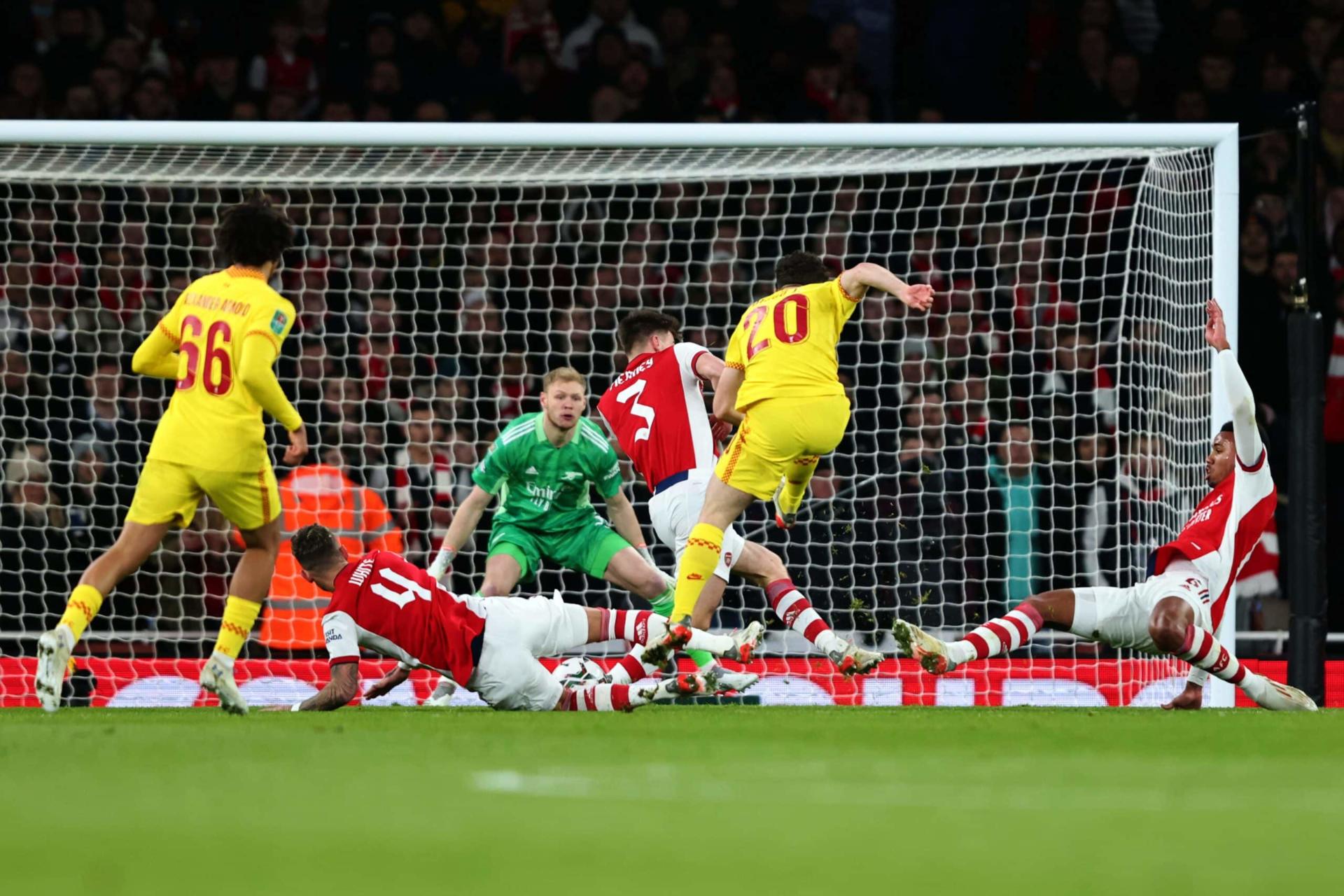