Following the fantastic win on Sunday for Arsenal versus their north London rivals Tottenham Hotspur, Arsenal Manager Mikel Arteta deserves a lot of respect for the way he has turned things around for his team. You can’t underestimate the pressure the rookie manager has been under following his team’s dreadful start to the season.

If you cast your mind back to the start of last season, Arsenal also had a very poor start, claiming only 13 points in the first ten games. They were languishing in a relegation fight up to the busy Christmas schedule and fans were calling for his head.

But to his credit, he stayed strong and determined with his vision for the club and he knew how much work he still had to do to turn over the squad and make it his own. The turnaround started with the brilliant win on Boxing day vs Chelsea which ignited the team for the rest of the season.

The January transfer window was brutal, paying off players to cancel their contracts and bringing in the fantastic signing on loan of Martin Odegaard from Real Madrid. The season ended with 5 successful Premier League games and then the summer transfer window brought a major squad overhaul with the playing squad.

Arsenal were the biggest spenders in the Premier League summer transfer window, spending £149m on 6 new signings and selling/loaning out a few fringe players. The Arsenal fans were unsure as to the success of the transfer window due to the age of the players being brought in. There was also a lot of scorn on the club spending £74m on two players, Aaron Ramsdale the young goalkeeper from Sheffield United was brought in for £24m plus add ons and Ben White, the young centre back was acquired from Brighton for £50m.

The fans thought that these were two positions Arsenal least needed to strengthen and called it a waste of money. Fans were bombarding poor Aaron on Twitter with hate before he’d even put pen to paper. They’d seen that although he had been the player of the season for his two previous clubs in 2 consecutive seasons (Sheffield Utd & Bournemouth) that he’d also suffered the indignation of having been relegated in both of those seasons.

They were even doing the same towards Martin Odegaard which is much harder to understand. Arteta and Edu pulled off a major coup by bringing in the former ‘wonderkid’ again, this time on a permanent basis from Real Madrid for a cut-price of £30m. All of the incoming players are under the age of 23 and when you think that Arsenal’s most important players last season, (especially in the second half of the season post-Christmas) were the club’s Hale End academy graduates Bukayo Saka and Emile Smith-Rowe, the team is looking scarily young. The fans didn’t think that the incoming players were true first 11 starters for the team apart from maybe White and Odegaard and they didn’t think that was enough to change the club’s fortunes.

Then we come to the start of this season. Arsenal started with three straight defeats, the worst possible start and the team was bottom of the league. What made it worse was that Tottenham was top following 3 consecutive wins under their new coach Nuno Espirito Santo. The fans were calling for Arteta’s head.

Then, fortunately, the club won the Carabao Cup match vs West Brom away 6-0 then there was an international break for 2 weeks. This gave Mikel Arteta some much-needed breathing space and time with his new players on the training pitch. The fans didn’t take into account that during the first three games, Arteta had most of his preferred starting 11 out with either injury or Covid19 and this enforced 2-week break gave those players the chance to recuperate and work with Arteta on the training pitch.

Since the International break, the team has been totally transformed. Not only with the starting eleven, but the style of play and attitude, The team won the first two games vs Norwich at home and Burnley away both 1 nil. The scorelines weren’t incredible, they were a throwback to the famous ‘1 nil to The Arsenal’, however, the performances were vastly improved. The back 5 had been totally changed apart from Keiran Tierney at left-back.

New signing Takehiro Tomiyasu, the Japanese international right-back/centre back who’d been signed from Bologna in the Italian Serie A made his first start against Norwich only 36 hours after first arriving at the club and a long flight following an international for Japan vs China where he’d played and helped his nation to a 1 nil win against their rivals.

He slotted into the team in his Premier League debut like a duck to water and looks like he’s played here his whole life. He’s tall (6ft 2″), properly 2 footed and can play in any position along the backline. He’s looking like the buy of the summer.

Following the first two wins, the club had their next game in the Carabao Cup vs AFC Wimbledon. Mikel went to the team that started the season and they won an old fashioned cup tie at home 3 nil in a tough game. Then comes the North London derby.

Whilst Arsenal Had won the first two games since the international break, Spurs had lost there’s. They’d also only scraped through their Carabao Cup match vs Wolves on penalties despite being 2 nil up in the game, so the tide had completely turned between the two clubs. In the space of 3 matches, the first time ever in the history of the Premier League, the team that had been top of the league after 3 games had been overtaken by the team that was bottom of the league after 3 games.

It’s a turnaround that doesn’t mean that all of Arsenal’s woes are over, but it does show that all of Arsenal’s squad are 100% behind their Manager. It’s a squad that is new, young and hungry. Since Arteta arrived there’s been a turnover of 30 odd players in the first-team squad, only now can Arteta truly say ‘this is my squad’. All of the 6 summer signings were on the pitch at the end of the match vs Spurs and the other 4 players have had new contracts given to them by Arteta, this is now his team. If the first half in the North London derby is ‘Artetaball’, give me more of that, please!

Mikel deserves so much respect for the way he handles pressure and has the ability to keep the players fully motivated and onside in times of adversity. He did it last season, the season before he won the FA Cup against other odds beating Manchester City in the semi-final and Chelsea in the final, and now as early as it is this season, he’s done it again.

It’s still early days but this young, rookie manager is showing that despite everything that has been thrown at him since he took the helm at Arsenal, (including being the first high profile victim within football of Covid, being the one who eventually forced the Premier League and EFL to stop football during the lockdown, then only being able to talk to his players via Zoom) he’s got the personality, ability and determination to be a success as Arsenal manager.

The fans reaction within the stadium has been nothing short of remarkable. Arteta has only had a handful of games where a full stadium of fans have been present which is something else he’s had to contend with in his fledgling career as a coach. He’s always said he’s been desperate for the fans to be back in the grounds as he knows what a difference it makes. You can see what the club and the team mean to him and what a difference the in-ground atmosphere makes when you see his celebrations for each of the goals in the match vs Tottenham.

He deserves the time to see the fruits of his labour, time will tell, but the future looks bright. 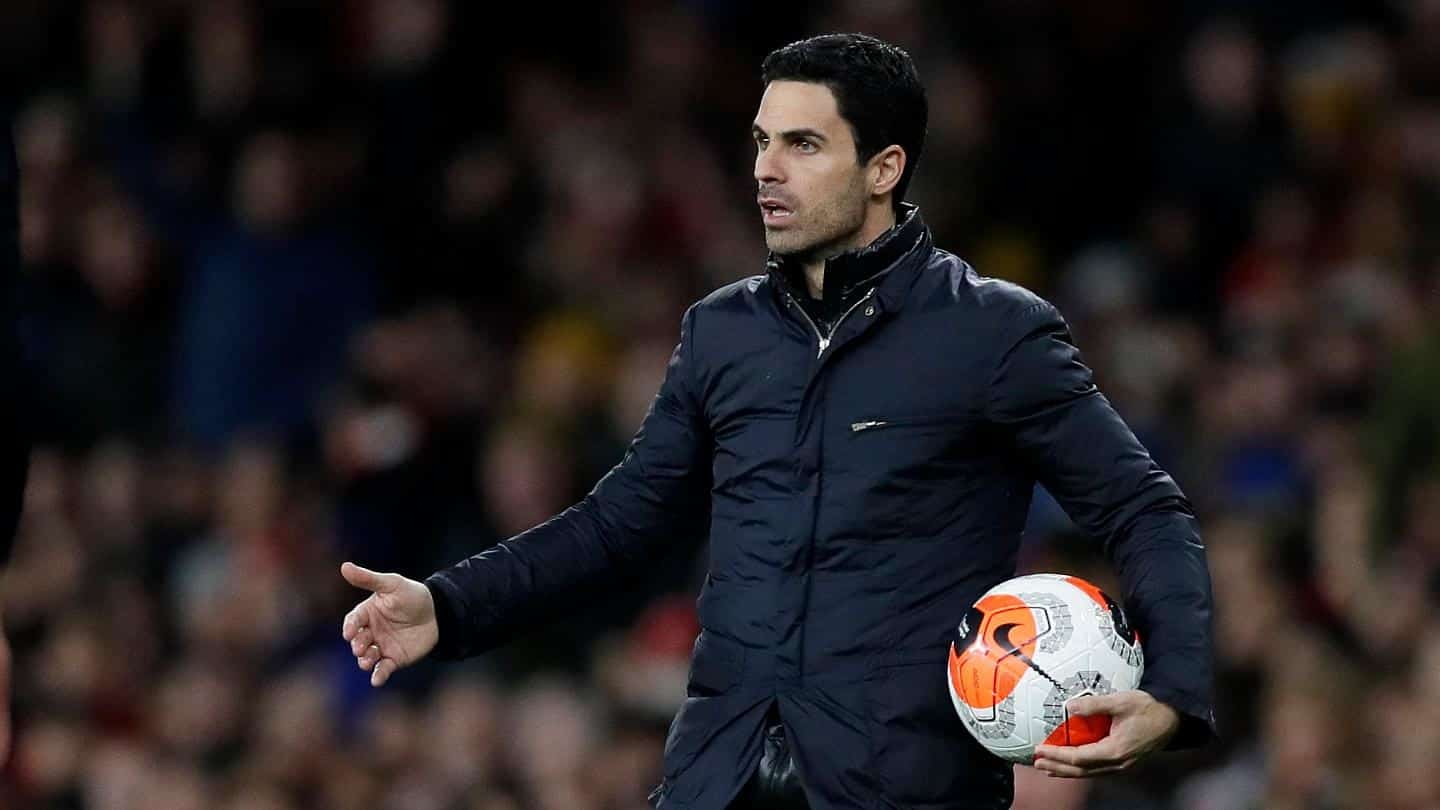