If England thought that they had enough of Ravichandran Ashwin, then they were mistaken.

The local boy first gave a lesson on how to bowl on a rank turner and then hit a sparkling hundred on a deteriorating strip, putting India on the brink of a massive series-levelling victory against England on the third day of the second Test in Chennai on Monday.

Ashwin’s fifth Test hundred — a gutsy 106 off 148 balls along with skipper Virat Kohli’s near flawless 62 off 149 balls helped India finish at 286 in 85.5 overs, leaving England with an improbable target of 482 runs on a dust bowl.

At stumps, England were already crumbling at 53 for 3 and it would take nothing short of a miracle for England to bat for two days and save the match.

At the beginning of the day with India 54-1 and 249 ahead, their dominance was near total, but England were still able to reduce them to 106-6 through the bowling of Moeen Ali and Jack Leach and the brilliant wicketkeeping of Ben Foakes.

It was at that point that Ashwin joined Kohli.

As the India skipper showed solid defence, sweet timing and crisp footwork, Ashwin scored with greater fluency, sweeping regularly on the way to a half-century from only 64 deliveries.

However, he was dropped at slip off Stuart Broad by Ben Stokes, with Foakes missing a thick edge off the same bowler standing up the stumps. Ashwin also could have been caught and stumped off the same Moeen delivery, only for Foakes to fumble.

Kohli’s dismissal, lbw, again to Moeen, was Ashwin’s signal to push on. He was on 77 when joined by last man Mohammed Siraj and hurried through the 90s with a mighty slog-sweep for six off Moeen.

Having picked up a 29th five-wicket haul in England’s first innings, the 34-year-old Indian all-rounder registered a century and bagged five wickets in an innings in the same Test for the third time in his career.

“I have been practising with batting coach Vikram Rathour and would love to credit him with how my batting has come through over the last four or five matches,” Ashwin said. “I played a lot of sweep shots today and we had a plan against Jack Leach. I am thankful the plan paid off.” 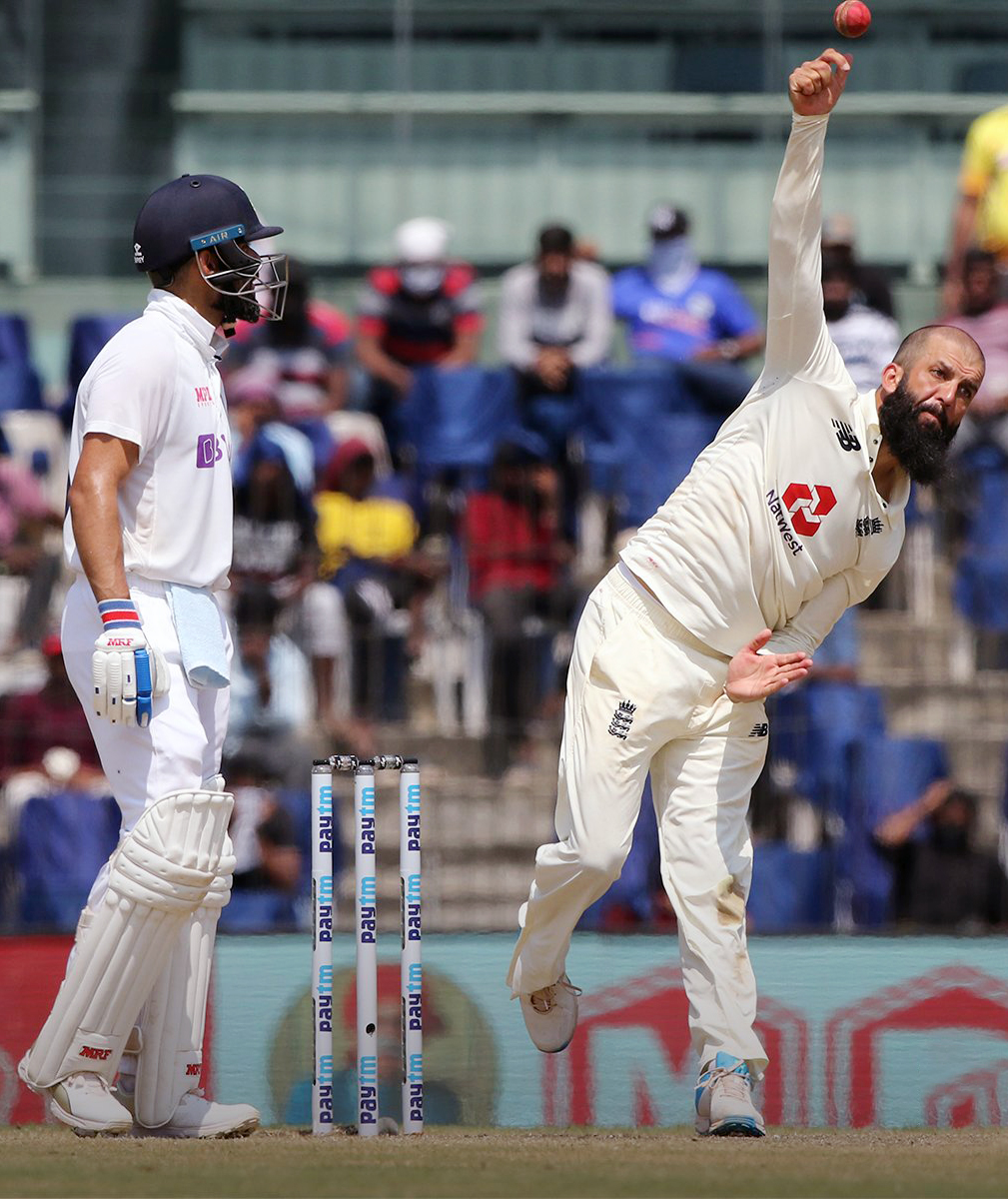 Resuming the day on 54-1, India lost five wickets in the morning session with Moen Ali and Leach combining to do some damage.

Cheteshwar Pujara went for seven after a freak run out when his bat jammed behind the crease while attempting to get back following a flick to short leg.

Rohit Sharma, who made 161 in India’s first innings, added one to his overnight 25 before being stumped by wicketkeeper Foakes off Leach.

Foakes, who celebrated his 28th birthday on Monday, was in action again to send back his Indian counterpart Rishabh Pant, stumped for eight off Leach again.

Ajinkya Rahane did not last long either but Kohli forged a 96-run partnership with Ashwin to steady the innings.

The India captain curbed his natural free-flowing game, rarely playing his trademark cover-drive, during his patient knock of 62.

Moeen Ali (4-98) dismissed Kohli for the second time in the match but Ashwin kept going at the other end.

On his return to the field, the off-spinner claimed the wicket of opener Rory Burns while Axar Patel dismissed Dom Sibley and nightwatchman Leach.

Things could have been worse for the visitors had not their skipper Joe Root survived a close DRS call where the batsman looked to have been caught in front. 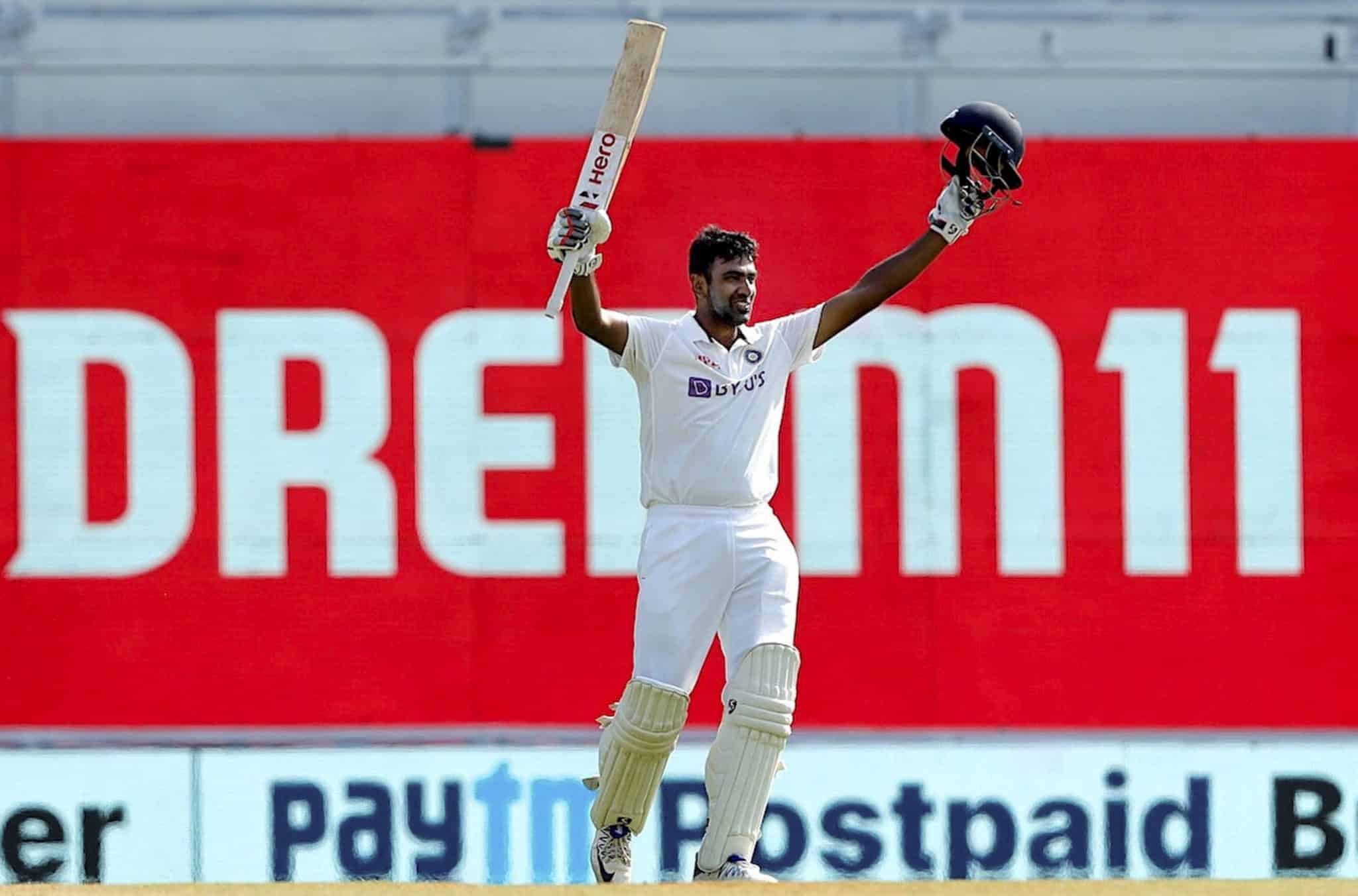