Austin only led one lap, but it was the one that counted. Dillon made a move on leader Aric Almirola on the last lap, bumping him out of the way and into the wall, to win in overtime at Daytona.

“Right now I just want to thank the good Lord above,” Dillon said.

“This is so awesome to take the No. 3 car back to Victory Lane 20 years ago. This one is for Dale Earnhardt, Sr. and all those Sr. fans. I love you guys. We are going to keep kicking butt the rest of the year!”

Their was three big wrecks during the 200 lap race,that ended up eliminating a number of top contenders including Daytona favourite Brad Keselowski, some overly aggressive blocking from Chase Elliot clipped Keselowski, which created a mini pileup,also involved in the wreck was Kevin Harvick and Danica Patrick.

When contact between the two sent Stenhouse up the track, setting off a chain reaction.

Kurt Busch won the first stage of the race under caution,but wrecked out with two laps left in the race after a block from Denny Hamlin,creating the overtime.

“I was feeling the magic,” said Busch, the defending race winner who was trying to become the fourth to go back-to-back in the Daytona 500.

“I thought we could do it again. We found the right drafting lanes and I was making good moves.

“I just got caught in a Bermuda Triangle it seemed like when Hamlin blocked us.

“Maybe I should have just flung (Hamlin), but you have to treat guys with respect and you’ve also got to throw your elbows out and you have to hold the hits when you get hit.

“We were close to going back-to-back in the Daytona 500, but I don’t have anything to show for it.”

Next week the Monster Energy Series heads to Atlanta. 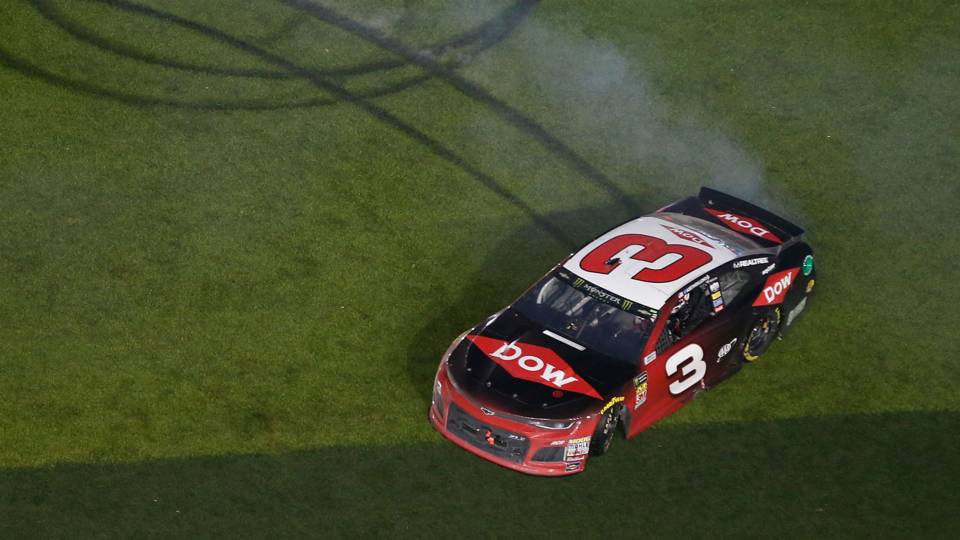