It’s been more than ten long months since the Australian A-League season kicked off, but Sydney FC’s 1-0 Grand Final victory over Melbourne City in extra time has finally brought a conclusion to the season.

The thrilling match played out on the night of August 30 in front of 7,500 loyal fans at Parramatta’s Bankwest Stadium, a crowd impacted by COVID-enforced restrictions.

Melbourne City paved their way to the big dance by first earning an automatic semi-final berth through their second-place finish in the home-and-away leg. There, they took on A-League newcomers Western United and won out 2-0, making their first ever Grand Final.

Sydney FC came into the match as both regular season premiers and defending champions, aiming for their second consecutive title and their fifth overall. Their first-place finish in the regular season took them straight to the semi-final, where they defeated Perth Glory 2-0 to secure the second spot in the Final.

Almost fittingly, City took to the field in their red-and-white striped away kit to avoid clashing with Sydney’s sky blue outfit, the kit being a throwback to their establishment under the name Melbourne Heart.

City dominated the field for the majority of the first half, and could have taken a 1-0 lead at Half Time were it not for a controversial VAR decision.

Defender Harrison Delbridge’s 20th-minute goal was denied after Lachlan Wales was judged offside, a ruling which came under fire on social media.

A 90 minutes full of failed shots was not enough to separate the two, with the game heading into Extra Time after the scorers were yet to be troubled.

It was in the first half of extra time that the Sky Blues finally found the back of net, Rhyan Grant converting a long pass with his chest into a magnificent goal at the 100th minute.

City squandered several opportunities to equalise, and Sydney would walk away with their third Championship in just three years. Grant’s goal won him the Joe Marston medal for best on field.

They became only the second club to win back-to-back titles since the A-League’s inception. Brisbane Roar had previously won in both 2011 and 2012.

The result drew a close to perhaps the most eventful A-League season yet. It was already shaping up as one of firsts as new kids on the block Western United entered their inaugural campaign.

But the A-League was forced to suspend its season in mid-March as the pandemic raged on. Even when it got back up and running in July, difficulties arose when Melbourne-based clubs Victory, City, and Western United were forced to temporarily relocate to New South Wales due to a new outbreak in the city.

However, attention can now turn to the next season, which will be just as unique. The 2020-21 A-League season begins in December to account for this season’s delay, and will welcome Macarthur FC as the league’s twelfth team. 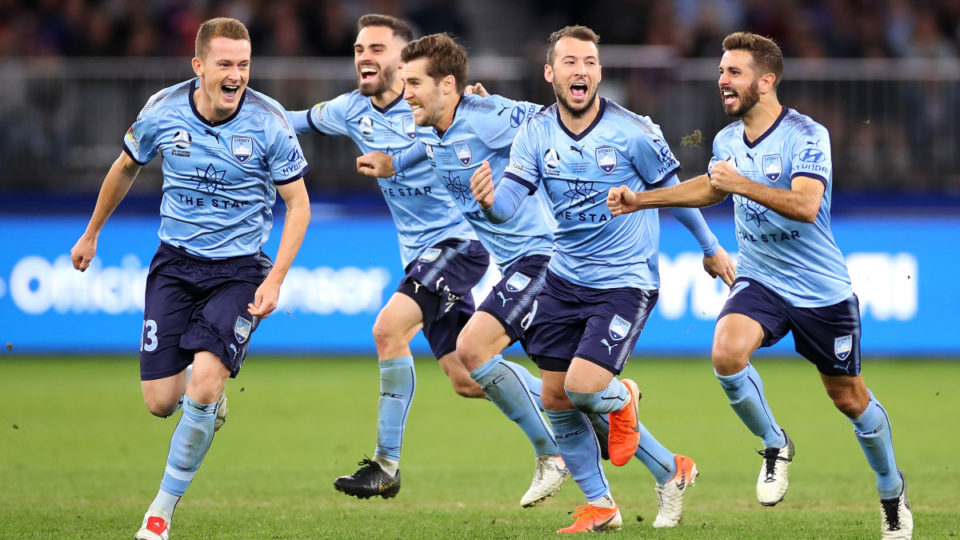